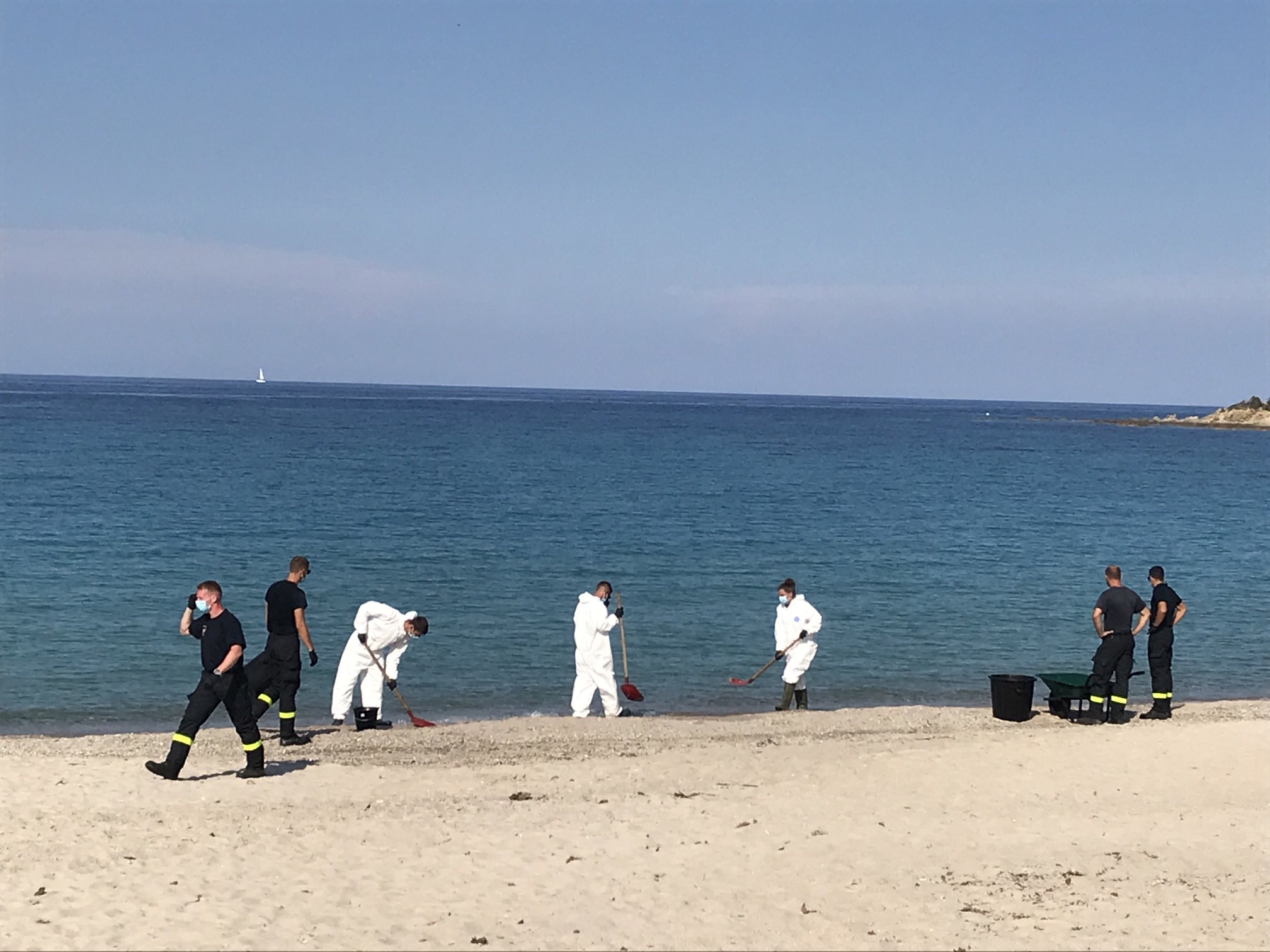 Oil residues have reached the French Mediterranean island of Corsica, leading to the closure of five famous beaches. Authorities are searching for the source of the oil spill, while the France’s Sea Minister, Annick Girardin, considers the incident an intentional and “malicious act”.

The spilled oil across the south-eastern coast of the island of Corsica was first noticed during a training exercise by pilots from the French Navy’s base in the region, on Friday, June 11. Shortly after the alarm, emergency air, sea and land crews started working on measures to contain the toxic slicks from reaching the coastline. Over the weekend, several beaches in southern Corsica, along a 20-nm stretch of the coastline, were evacuated after small, black oil pellets washed up on the sand.

Francis Giudici, the mayor of Ghisonaccia, the area where the beaches have been closed, expressed frustration and hoped for the authorities to quickly clean up the oil spill. “There is a lot of anger. We really can’t have this at the start of the holiday season,” Giudici complained.

France’s Minister of the Sea, Girardin, told FranceInfo that officials were certain that a vessel intentionally discharged the long line of heavy oil.

“It is most certainly a [discharge], there are few doubts, it is a malicious act. We are three hours from a port, all this probably to save a few thousand euros. So they are thugs of the sea, that’s how I want to [describe] them,” said Girardin.

Following-up on leads, the French Minister confirmed that 21 suspect ships have been identified for investigation, including three vessels of particular interest.

There is the risk in the days to come, and even perhaps this summer, to find pellets which would arrive on the coast, because the temperature is heating up and it is rising to the surface

About four tons of oil were recovered over the weekend, with the largest oil slick drifting away from Corsica, Girardin announced. According to the French media channel BFM, most of the oil had been recovered by Tuesday, June 15.

However, Captain Christine Ribbe, spokeswoman for the Mediterranean Maritime Prefecture said they were unable to say how much remained in the sea and what will happen on the coast.

Girardin expressed concern about the heaviest fractions of the oil, fearing that they will sink and come back later to pollute Corsica’s shores.

“There is the risk in the days to come, and even perhaps this summer, to find pellets which would arrive on the coast, because the temperature is heating up and it is rising to the surface,” she said.