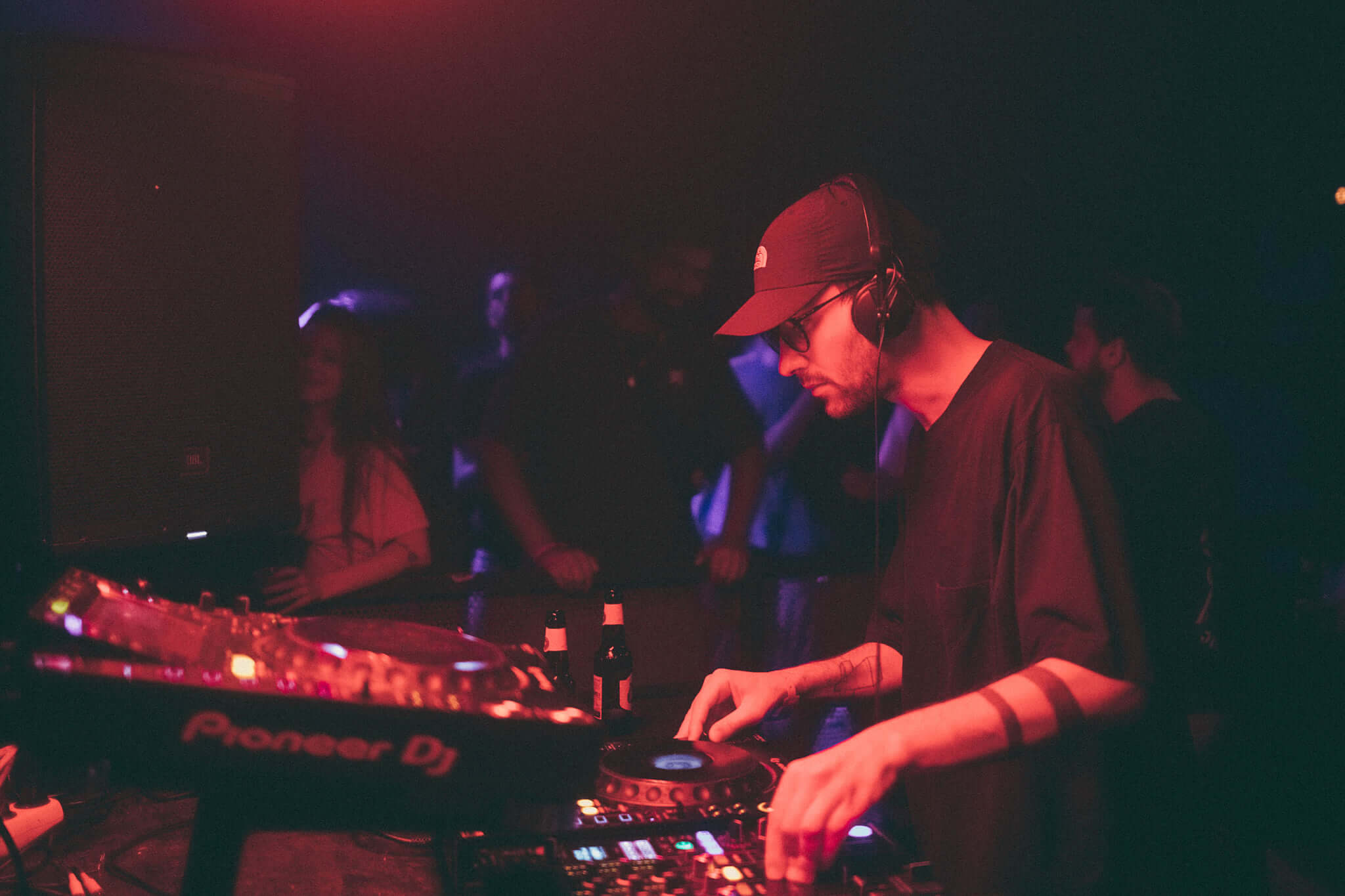 The fifth edition of Nuits sonores & European Lab Brussels will take place in the capital of Europe from the 12th to the 16th of October 2022. A project that has matured over the years and, after two turbulent years, is now back on track with great ambitions.

This new edition will once again be committed, exploratory and festive! The fifth edition of the festival forum will be held in a variety of locations throughout the Brussels-Capital Region.

A new feature this year is that the festival forum will explore a new venue: Reset, an ephemeral venue in the heart of Brussels operated from this spring by the non-profit organization Arty Farty Brussels, in a heritage site that is as atypical as it is remarkable. The other main venues will be LaVallée, C12, Bozar, among many. Other satellite locations will also be included in the program, and will complete this cultural and artistic journey through the city.

Nuits sonores and European Lab Brussels are above all intended to be a shared and co-constructed project, bringing together the different communities, structures, personalities and artists of a dynamic and cosmopolitan Brussels scene.

This new edition, co-produced by Bozar and Arty Farty Brussels, is also supported by numerous cultural actors, associated venues, partners and Brussels media. As usual, the festival-forum offers a rich and extensive selection of Belgian and international speakers and artists embodying today’s contemporary and alternative music. The rest of the program will be unveiled on 22 June 2022.

1. Reset: A new kind of artistic, cultural and social laboratory

Arty Farty Brussels, in partnership with Bozar, Under My Network and LaVallée, has been appointed by the City of Brussels to manage a spectacular and architectural 33,000 m2 building in the heart of Brussels. The project will be concentrated on two levels and will be structured around three programmatic components with several formats: forums (public debates, conferences and workshops, thanks in particular to a 229- seat auditorium), exhibition space and festive activities (club, bar, privatizations, performances and concerts).

Reset aims to be an ephemeral artistic, cultural and social laboratory, a place for encounters and dialogue in the vibrant heart of the EU, between a historic and political district and a territory in the throes of change. With the know-how of a scenographic team, Reset has been designed in such a way as to be able to host projects by the local scene and by our European partners.

During the five days of Nuits sonores & European Lab Brussels, Reset will host Belgian collectives, artists and cultural actors. Organized around listening sessions, debates and festive events, Reset will offer carte blanche to those who promote independent cultures, integrating the common values of an artistic and intellectual scene in full effervescence into their proposals.

From Wednesday 12th to Friday 14th October, Reset will open its auditorium from 6pm and offer experimental live performances, dj sets and audiovisual performances. On Saturday 15 and Sunday 16, the doors of the ephemeral club will open to host daytime party events, entrusting the programming to promoters and other festivals.

With a capacity of 500 people, the club is intimate, underground and unique in Brussels. In its darkest corners, Reset will feature an immersive underground exhibition of audiovisual installations and a dreamlike scenographic journey. In the framework of Nuits sonores & European Lab Brussels LaVallée will present a new program, In.Out.sider, in collaboration with others European social and cultural actors: Killekill (Germany), Urban Boat (France) & Arty Farty Brussels (Belgium).

The In.Out.sider project aims to raise the profile of people with disabilities and their cultural initiatives, to encourage their autonomy and their active participation in cultural and artistic life. The inclusive program will be composed of a musical part with live concerts and dj sets with a focus on electronic music artists and a reflective part with workshops, talks and conferences.

C12 is considered one of the major clubs on the European scene. Located in the heart of Brussels, it is nestled in the depths of the Galerie Horta next to the Grand Place and the Central Station. C12, and next to it the intimate C11, is a place where freedom, diversity, creativity and alternative culture are protected from the restrictive and normative outside world. It is a place where the passion for art and music in all its forms unites all identities. For the 4th consecutive year, Nuits sonores is taking over the two spaces of the club for two nights of the most innovative Brussels and international artists.

Mills reconfigures the concept to function as trio once again and invites Tabla virtuoso Prabhu Edouard to join the concept this time. Tomorrow Comes The Harvest is about exploring the unknown, transcending by the way of intersecting sounds and rhythm through an array of improvisational movements.

The London-based saxophone and drum duo Binker Golding and Moses Boyd find inspiration in the music around them: hip-hop, electro, Caribbean rhythms, improv, and, of course, the jazz tradition. What started as an experimental jam session grew into no less than 2 studio albums, 2 live albums, several awards, an acclaimed live show, and, most of all, the insatiable thirst to keep pushing their musical boundaries.

The perfect marriage between electro and classical? Berlin-based keyboardist, composer and producer Nils Frahm manages to ingeniously merge the two. Over the past decade, he has gained momentum: from a little-known musician releasing contemplative piano pieces to a renowned virtuoso performing sold-out shows in the world’s most prestigious concert halls.

Frahm’s compositions overflow with feeling, from the quiet whisper of small keys to the soaring climaxes of piano, organ and synthesizer. Today, he is often mentioned in the same breath as neo-classical figureheads such as Max Richter and Jóhann Jóhannsson. At Bozar, you can expect to hear Frahm’s brand new music, somewhere between experimental, ambient and electronics.