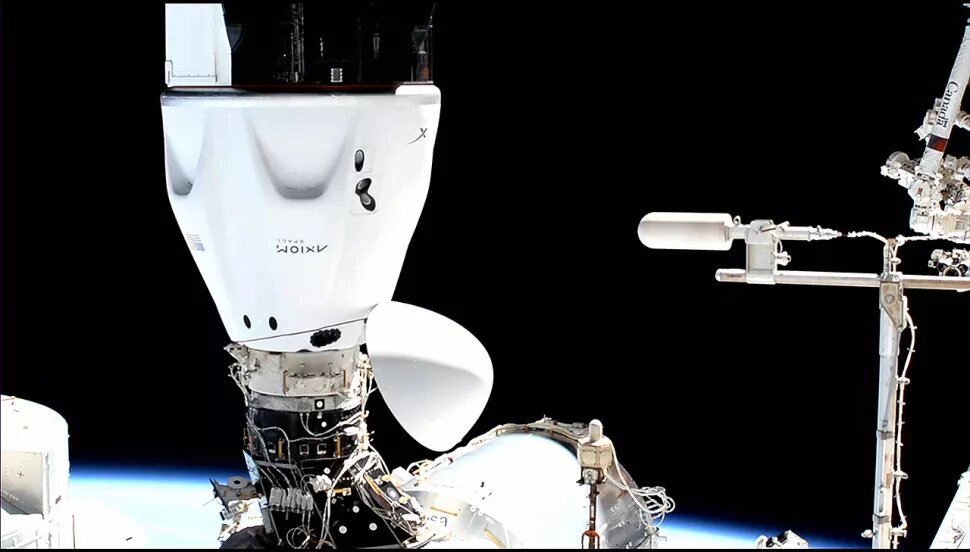 NASA and Axiom Space have signed an agreement for the second private astronaut mission to the International Space Station (ISS) to take place in the second quarter of 2023.

The spaceflight, designated as Axiom Mission 2 (Ax-2), will launch from NASA’s Kennedy Space Center in Florida, somewhere during spring 2023, and travel to the ISS with four private astronauts on board. Ax-2’s four astronauts will launch atop a SpaceX Falcon 9 rocket and ride a Dragon capsule to and from the space station, similar to the first Axiom mission in April 2022.

Once docked, the Axiom astronauts are scheduled to spend 10 days aboard the orbiting laboratory. NASA and Axiom mission planners will coordinate in-orbit activities for the private astronauts to conduct in coordination with space station crew members and flight controllers on the ground.

Axiom Space’s Ax-2 mission builds upon the success of Ax-1, which demonstrated our team’s ability to work collaboratively with our partners at NASA and SpaceX to plan and execute a complex human spaceflight mission.

So far, Axiom only revealed the identity of two of the astronauts. The mission commander will be record-setting former NASA astronaut and current Axiom consultant Peggy Whitson and a second seat will be occupied by investor John Shoffner.

Through the mission specific order, Axiom is obtaining from NASA services such as crew supplies, cargo delivery to space, storage, and other in-orbit resources for daily use. The order also accommodates up to an additional contingency week aboard the space station.

With each new step forward, we are working together with commercial space companies and growing the economy in low-Earth orbit.

Axiom said it continues to fund and fly private astronaut missions to the ISS hoping to build expertise and attract new customers in preparation for the launch of its space station — Axiom Station — the first private space station in outer space.

“Our new Ax-2 crew, together with a full mission manifest of science, outreach, and commercial activities, will continue to increase utilization of the ISS National Laboratory and demonstrate to the world the benefits of commercial space missions for all humanity,” added Hassmann.

On top of expanding access to orbit for more people, NASA’s McAlister said the space agency hopes these private astronaut missions will help the industry learn and develop the skillset to conduct such complex missions.