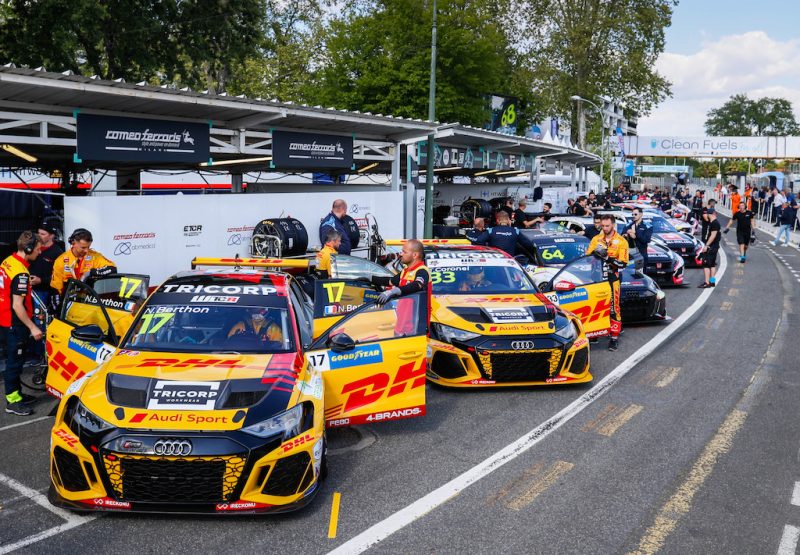 EU policies are being pushed to make transport more sustainable as part of urgent climate efforts to reach net neutrality. A lot of research and development is ongoing to deliver innovative technologies in order to make possible a shift from fossil fuels. During the Pau Motors Festival, the Deputy CEO at Repsol, Luís Cabra, talked to Travel Tomorrow and shared details on why they decided to sponsor the race by showcasing rally cars powered by low-carbon liquid fuels.

Designed to promote sustainability, on 6-8 May, the Pau Motors Festival in France showcased races powered by low-carbon technologies such as electricity, hydrogen and low-carbon liquid fuels.

We decided to have low carbon races and a range of distinct technologies. It was also important to use the festival to show inhabitants of Pau and spectators that there are alternative, sustainable low-carbon fuels.

Citing an intent to increase the quality of life for the citizens of Pau, Bayrou expressed pride on “inventing a new Grand Prix” and for being the first in Europe to do so.

When asked why Repsol decided to support the event, its President Luís Cabra referred two main reasons. First, the industry is “heavily investing in the new generation of fuels [low-carbon fuels]”, second, because the industry has been producing and manufacturing fuels for five decades now, and decided to take a step further to combine the two elements and produce low-carbon fuels for sports.

Explaining with more precision what low-carbon liquid fuels are, Cabra said they’re “fuels that are not impacting climate”. “They are neutral in carbon, they have no net emissions, but at the same time can be used in existing cars with existing infrastructure,” added Cabra stressing such fuel will be a very good complement to the electric vehicles.

According to FuelsEurope, the use of low-carbon fuels can reduce CO2 emissions by up to 80-90% and more in the transport sector compared to conventional diesel or gasoline.

3. Decarbonisation as an opportunity

While decarbonisation efforts may appear as a threat to the automotive and fuels industry, Cabra told Travel Tomorrow that the road towards net-neutrality build upon the EU environmental pledges presents a “big opportunity for the industry” with an emphasis on the development of electric vehicles.

I believe that that both the automotive industry and the refining industry can benefit for having two options. Transforming the existing infrastructure — the existing refineries for the new generation of fuels — and at the same time developing the new value chain of the electric vehicles.

He maintained that “there is a big opportunity to transform rather than close” existing refineries. “We are investing also in electricity, we are investing in recharging points for electric cars, but we are transforming our refinance. So definitely everything is looking at us as an opportunity, rather than a threat,” said Cabra.

The city of Pau is producing its own hydrogen to fuel the Febus, a tram-bus-style form of public transport. To refuel, vehicles have an energy station called Tissie, which is parked in the paddock to fuel the electric cars. Hyundai supplied the hydrogen fuel cell storage that was connected to the electric charging station where electric vehicles are charged.

“The Febus currently runs on hydrogen but we are also looking at developing biofuel to be used in our other buses as a cheaper alternative. We want our festival to be informative and we have had a lot of public interest for the Pau Motors Festival to be more sustainable,” concluded Bayrou.