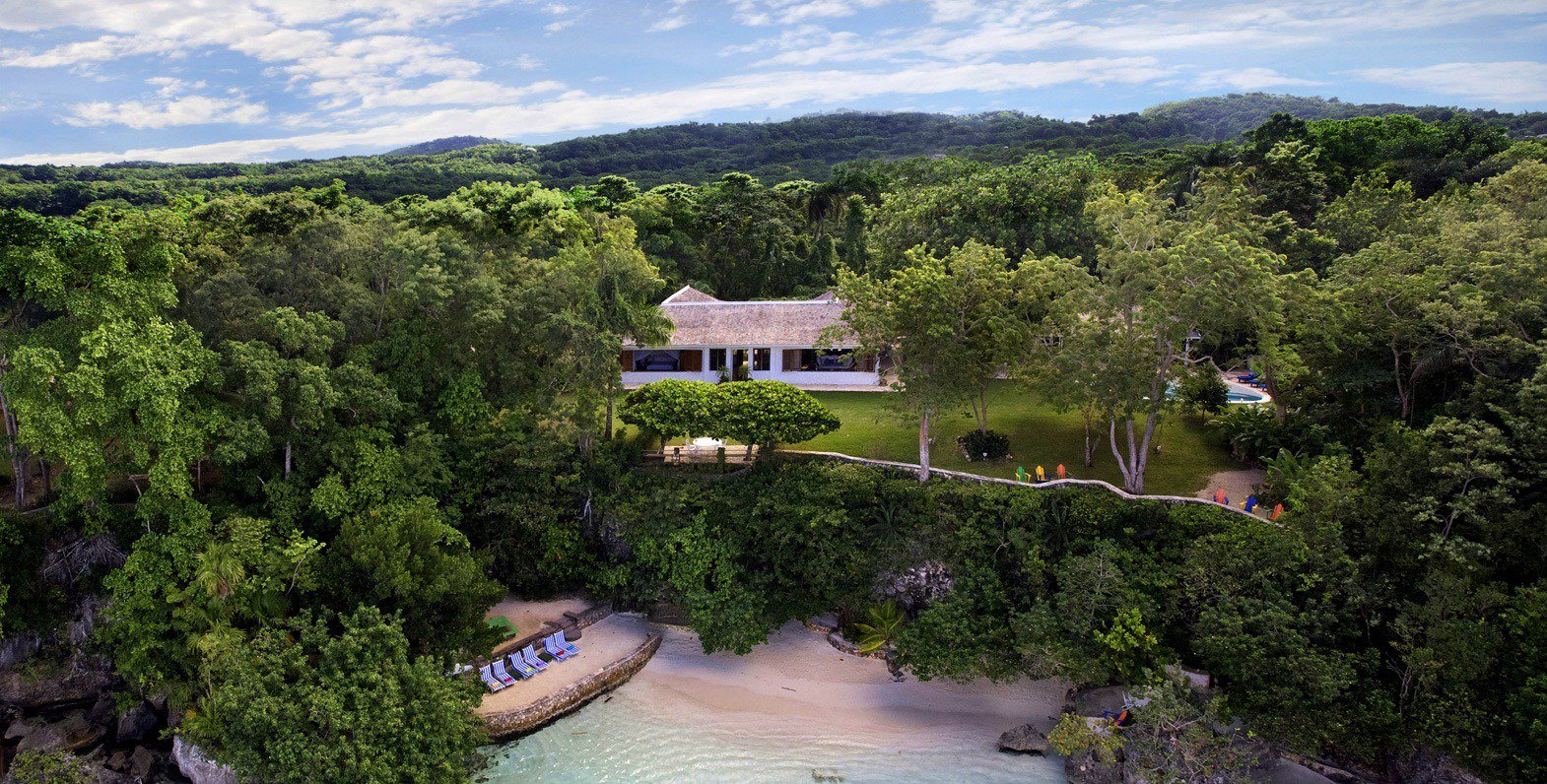 A smell of post-Covid-19 times: an intellectual rebel honoured by German conservatives

Write what you know, they say, but it’s a tall order for thriller writers. There’s a big difference between the sedentary desk life of an author and the derring-do of action and espionage. But Ian Fleming, the man behind James Bond, knew his subject better than we might imagine.

Born in 1908 to an MP and an English socialite, Fleming, like his elder brother Peter, was packed off as a boarder to Durnford Prep in Dorset. The spartan school encouraged boys to be individuals but Fleming took regular beatings and, unlike Peter was supposedly not academic. The little boy wrote sad letters home and it must have been a painful time when his father, who had enrolled in the Oxfordshire Hussars, was killed near the Hindenburg Line during the First World War. Winston Churchill wrote an obituary for his fellow politician which appeared in The Times. Fleming would later keep it framed on his wall.

In 1921, Fleming went to Eton College. It may be hard for non-Brits to understand the significance of this. Eton is, like it or not, quite simply the most prestigious school in the UK, a fee-paying establishment dating back to the 15th century, whose rollcall includes twenty UK Prime Ministers, worldwide royalty, plus renowned and notorious individuals in many fields.

Fleming did not excel, except in athletics. Only once did he co-edit the school’s magazine, putting in his own short story. He got in trouble for driving cars and chasing girls (sound familiar?). His mother was persuaded to withdraw him and send him instead to Sandhurst – a military school – where he failed again, dropping out in a year. His mother then sent him to Austria, to improve his language skills before trying for the Foreign Office.

It’s tempting to wonder whether there wasn’t something else afoot at this point. Because, astonishingly, the private school Fleming attended in Kitzbuhel was run by Ernan Forbes Dennis, a British intelligence operative, and his wife Phyllis Bottome, said also to have been involved in the ‘silent game’ and an accomplished writer (whose character Mark Chalmers is said by some to be the inspiration for James Bond). Fleming, massively encouraged by the pair and a keen skier, described his time here as ‘golden’. He was said by a friend to be ‘irresistible to women’ and so began his reputation as a ladies’ man. For a taste of his life there, these days you can even stay in a ‘James Bond room’ in the Hotel Tennerhof.

University ensued, in Munich and Geneva where Fleming worked on his German and French. In Geneva he became engaged to the fantastically-named Monique Panchaud de Bottones. His mother however, disapproved and the relationship came to nothing, although Fleming later gave James Bond a Swiss mother named Monique.

After his ‘golden time’, Fleming came back down to earth with a bump. He failed to secure a coveted spot at the Foreign Office, ranking about a third of the way up the table in his entrance exam. Instead he got a job at Reuters, the news agency, and quickly developed his writing style into sharp prose. He was sent to Moscow to cover an espionage trial of six British engineers and was described by his boss in the introductory telegram as ‘one of our ablest young men’.

Sadly, this still wasn’t good enough for Fleming’s mother Evelyn who pressured him into a job in a merchant bank. While he was suitably charming to clients, he was poor at the actual job of stockbroker, described by a friend as ‘the world’s worst’.

In 1939, on the brink of another war and apparently again through his mother’s connections, Fleming landed a post as assistant to Rear Admiral John Godfrey, Director of Naval Intelligence. Fleming was given the codename 17F.

Evidence suggests that Fleming went on to produce the ‘Trout Memo’, filled with innovative and shocking espionage and counter-espionage suggestions, such as the deployment of British corpses in military get-up with fake intelligence documents hidden about their dead person to fool the Germans. Operation Mincemeat, as it was known, succeeded. The mincemeat was ‘swallowed hook line and sinker’, one report said, keeping the Nazis off-the-scent of real Allied targets. Fleming also formed the 30AU assault unit which seized Nazi intelligence, including the enigma machine.

Prior to all this, Fleming had met the woman who would be his life-long love (and later his wife) Lady Ann O’Neill. They carried on an affair while her aristocratic first husband was at war, as well as during her second marriage to another aristocrat, Lord Rothermere. When the war came to a close, Fleming bought land on Jamaica where he had attended secret service meetings. He built the ‘Goldeneye’ estate (where you can even stay if you have a spare few thousand a week) and insisted on two-to-three-month vacations from his job at The Sunday Times. It was with Ann that he spent them, while her husband allegedly thought she was safely visiting homosexual playwright Noel Coward. Perhaps Fleming picked up as much about the art of subterfuge from serial philanderess Ann as from his time as a confrere of spies and spy bosses all over the world? Can it be a coincidence that many of his female characters in the James Bond novels have divided loyalties or are downright treacherous?

Ann and Ian finally wed in 1952 when she was pregnant with their son, Casper. The impending marriage to the ex-wife of two Lords succeeded where Fleming’s mother had failed for so many years: apparently it galvanised Fleming into wanting more income. He sat down at his typewriter in Jamaica, took the name James Bond from the cover of a book about ornithology, and proceeded to write Casino Royale in two months.

Fleming described this debut as ‘oafish’ and predicted it would not have a long or prestigious shelf-life, but sent it to Jonathan Cape, publishers of his brother Peter’s writing. Casino Royale came out in April 1953 and was such a hit it required three print runs back-to-back.

Over ten years he wrote nine Bond novels and a collection of short stories, using his life experience, extensive research, and following a 2000-word-a-day regime. At the same time he continued to write an anonymous gossip column for the Sunday Times, plus investigative journalism about diamond smuggling, and extensive James Bond TV treatments that were unsuccessful bar one – the 1954 CBS TV adaptation of Casino Royale, entitled Climax!

By 1962 Fleming was fed up and must have feared his career had climaxed. He’d already complained to his friend Raymond Chandler that he’d lost his muse. He’d had a heart attack and his health was declining. Ann was now having affairs with other men. It was under these circumstances that he wrote The Spy who Loved Me, a very different book to the previous Bonds, narrated from the point of view of a female main character, Vivienne Michel. Sadly, the critics did not like this departure.

Still convalescing and banished from his gold-plated Royal de Luxe typewriter, he picked up a notepad and collated the bedtimes tales he’d been telling his son. The result? Chitty Chitty Bang Bang! which would go on to become one of the most beloved children’s films of all time. Fleming’s passion for cars and ability to imagine a great romp overcoming evil had come through again.

Perhaps due to his illness, he would draw increasingly on his own life as well as his previous inspiration for his next books. He reincarnated his time at the Tennerhof in Austria and brought back Thunderball’s villain Blofeld in On His Majesty’s Secret Service. In 1964, Blofeld returned again, in You Only Live Twice, a book that would give us some of Bond’s backstory. It is uncanny. Just as Fleming had lost his father at the tender age of 8, Bond was orphaned aged 11. Just as Fleming was ejected from Eton, so was Bond. And just as Fleming ended up working on national security secret missions under the Ministry of Defence, so did James Bond.

You Only Live Twice was the last Bond novel to be published while Fleming was alive. He lived long enough to sign with EON, the Bond film company created by producers Albert R. ‘Cubby’ Broccoli and Harry Saltzman. He saw Sean Connery, a relatively unknown Scottish bodybuilder, personify his hero in Dr. No.

Ian Fleming developed pleurisy after being caught in the rain playing an Easter round of golf in 1964. In the months he was hospitalised, his mother passed away, and then Ian died too, aged just 56, on the morning of his son’s twelfth birthday.

A bereaved child. An athlete, car aficionado, skier and golfer; a linguist, a reporter, a stockbroker. A lover, a heartbroken husband and a spy. Ian Fleming was all these things, but above all, he was a life-long writer who, yes, wrote what he knew.