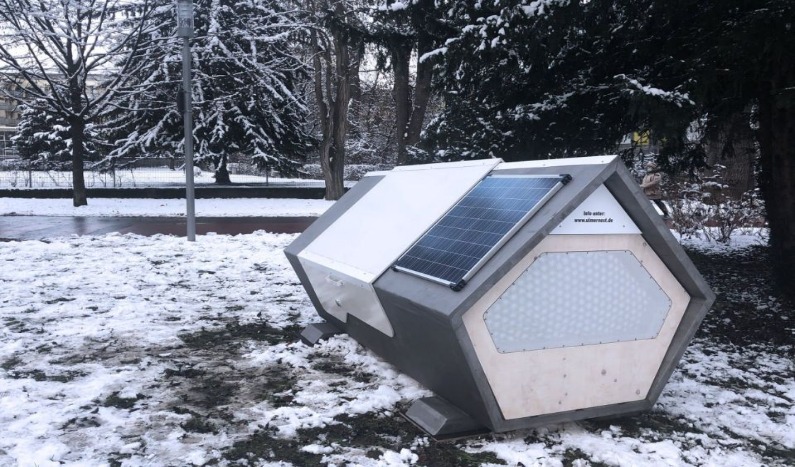 How to cook the perfect chicken

The city of Ulm, around 75 miles west of Munich, Germany, has introduced a unique solution to protect its homeless throughout winter. They have installed sleep pods in locations around the city where homeless people are known to sleep, such as parks and squares.

Named the ‘UlmerNest’, the shelters are small pods made from wood and steel which fit up to two people inside. They use solar panels to generate power, protecting the occupant from cold and rain whilst circulating fresh air throughout. The solar energy also powers a radio network to enable occupants to communicate without needing mobile phone signal or data.

The cabins can be opened without needing to register, and locked from the inside. When one is opened a social worker is notified, enabling them to visit in the morning and try to encourage the occupant to engage with homelessness services, if they haven’t already. Other than this, their identity is kept totally anonymous in order to promote their usage. After each use, the charity who runs the scheme, Caritas Ulm-Alb-Donau, repair and clean each one for the next visit.

The project for the shelters first started two years, with a few prototypes designed by tech entrepreneurs. Following it’s great success, Ulm decided to install the latest versions on 8th January this year.

There have also been more unexpected benefits from the project, such as people living nearby to the shelters bringing drinks or food to the occupants, and residents of the city, both homeless and not, are responding positively, with city officials also showing support for the project. The unique, sculpture-like ‘UlmerNests’ are providing potentially life-saving shelter to those who lack it during the harsh winter months.