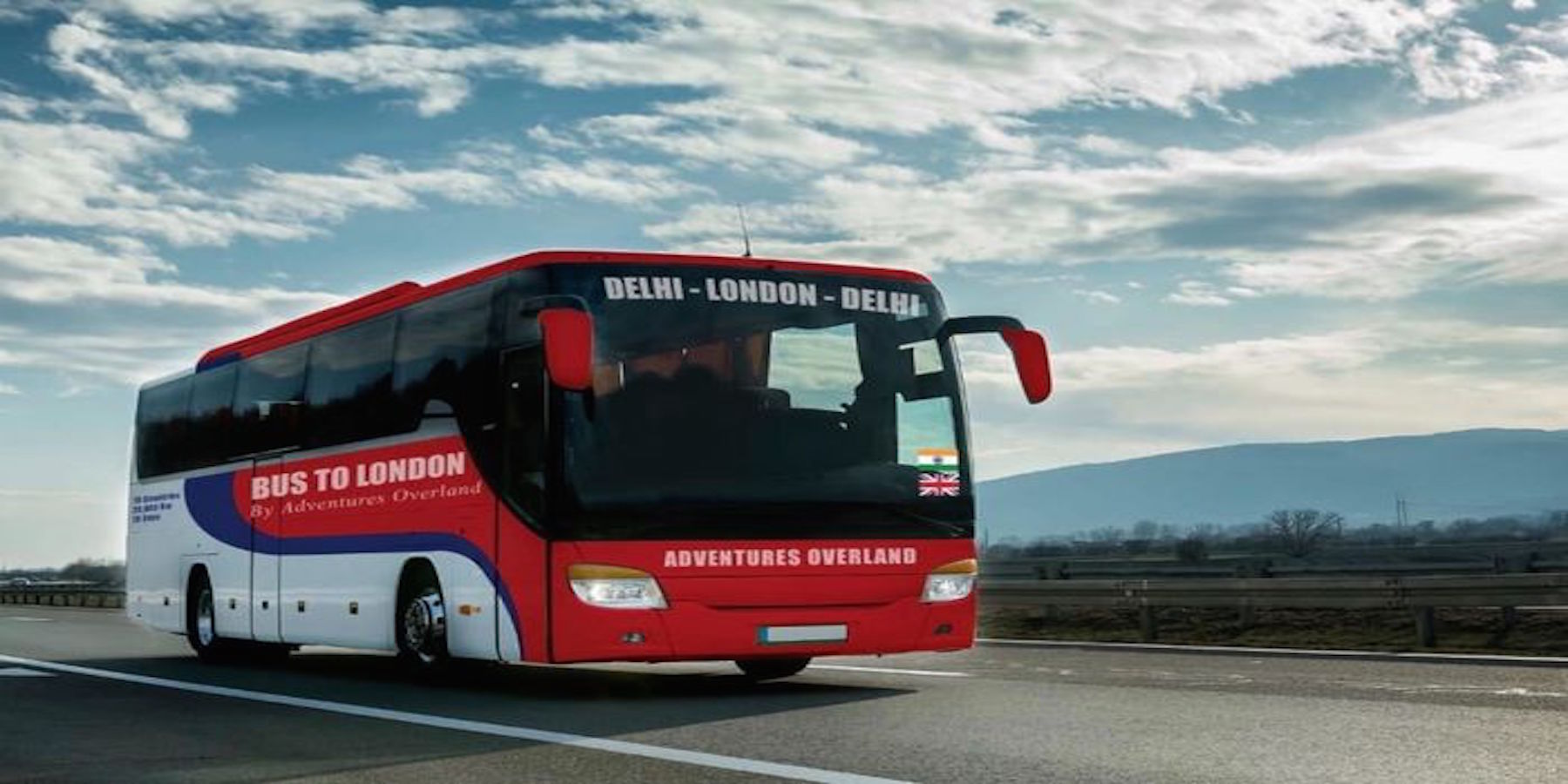 From London to Delhi: The longest bus route in the world to start operations in 2022

In April of 2022, the longest bus route in the world will start operating. The project had been known as early as 2020, and there were plans for it to start this year, but the uncertainty in the current environment has brought some delays. Now it’s official.

The project is run by the Indian company Adventures Overland and it will pass through 18 countries in a journey of over 20,000 kilometers, during 70 days, in hop-on/hop-off mode. Sanjay Madan, co-founder of Adventures Overland, an Indian company that has already won awards at the World Travel Awards, explained in a statement that they have already been testing the trip to ensure a safe and comfortable experience for all travelers.

The seats can recline to 140 degrees, and there will be several coffee and tea breaks. The journey will be very comfortable.

Before the era of mass tourism and India gained the attention of the Western tourist seeking a slice of ‘oriental mysticism’, there were two kinds of overland travelers on these routes – those who took organized bus tours like Indiaman, Albert, Silver Express etc. and then there was the Hippie Trail. Hordes of young men and women packed themselves in “magic buses” and traveled overland from Europe to Asia, in search of ‘enlightenment’.

The most popular and the first amongst them was a 1957 trip organized by Oswald-Joseph Garrow-Fisher, in a bus named The Indiaman. The bus began its journey with 20 passengers on board. Departing from London on April 15, 1957, it reached Kolkata on June 5. The same bus returned to London on August 2, 1957. Reportedly, a single fare cost was 85 pounds and 65 pounds for the return journey. The bus traveled through France, Italy, Yugoslavia, Bulgaria, Turkey, Iran and Pakistan before finally reaching India.

In 2022, travelers will be able to enjoy the full Bus To London experience one-way, but also return. And it is important to realize that the trip is not by the most direct route. The Great Wall of China, for example, is one of the points on the route.

Laos, Kazakhstan, Russia, Latvia, Poland, Czech Republic, Germany, and France are some of the countries along the route. Passengers will be able to book their trip by choosing where they will want to stay. For this Indian company, it is time to make a comeback in Eastern mysticism tourism, which since the 1950s has begun to take Westerners to parts of India.

Adventures Overland will be in charge of all the necessary paperwork, given the amount of countries that will be visited during the 70-day trip. Tushar Agarwal and Sanjay Madan, the company’s creators, are already specialists in long journeys on wheels, having in the past broken a record in Australia for the longest journey by car, covering more than 17,000 kilometers.