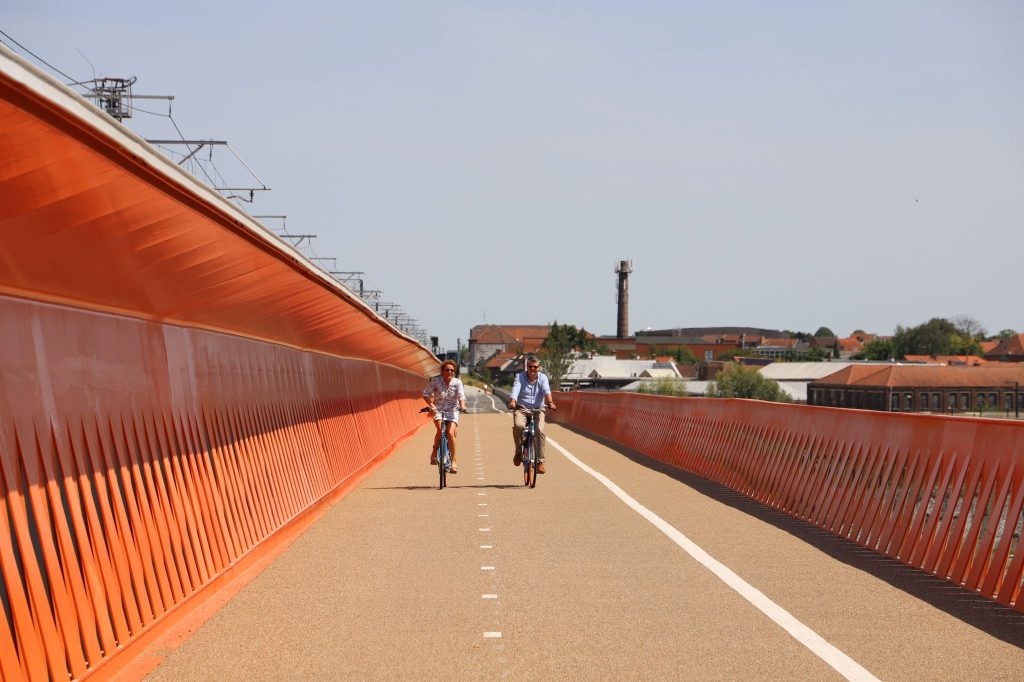 The Flemish region is working to adapt its cycling infrastructure in light of the growing number of bicycles on the streets, as well as the increasing variety of bike types people use, either for commuting, sport or simply leisure.

To do that, the Flemish government has comprehensively updated its bicycle infrastructure handbook, the “Vademecum Fietsvoorzieningen”, which comprises the official guidelines for cycling infrastructure designs that can be consulted by anyone who either builds new public paths, or updates existing works. According to the Flemish minister of Mobility and Public Works Lydia Peeters, the handbook will be “regularly updated on the basis of new insights”.

The intention is to take these recommendations to heart in new designs in order to build ‘future-proof’ cycle paths, taking into account the various elements of the entire cycling family.

While the handbook’s guidelines are non-binding, it is strongly recommended for anyone carrying works on cycling infrastructure, such as engineering consultants and contractors, to follow them. “It includes guidelines for the choice of surface, the width of the cycle path, the construction of cycle streets and the accessibility and dimensions of bicycle parking facilities,” explained Peeters.

Compared to just a few years ago, bicycle use has increased in the region enough for the authorities to notice measures need to be taken to accommodate the new flow. According to Belga news, the number of journeys taken by bicycle has increased from 12.8% in 2013 to 14.2% in 2020, while commuting by bicycle has raised from 12.5% to 16.9% over the same period.

“More room for the bicycle is, therefore, a necessity, and the new guidelines respond to this,” Peeters said, justifying the new recommendations for wider bicycle paths, which propose 2 metres for the one-way paths and 3 metres for the two-way paths. The provided waiting space at intersections will also be increased.

Besides the higher number of bicycles on the streets, people have been using increasingly varied types of bikes and other soft mobility options. Electric bicycles, cargo bicycles, scooters and e-scooters, as well as other vehicles that vary in size and speed support the need for an improved infrastructure.