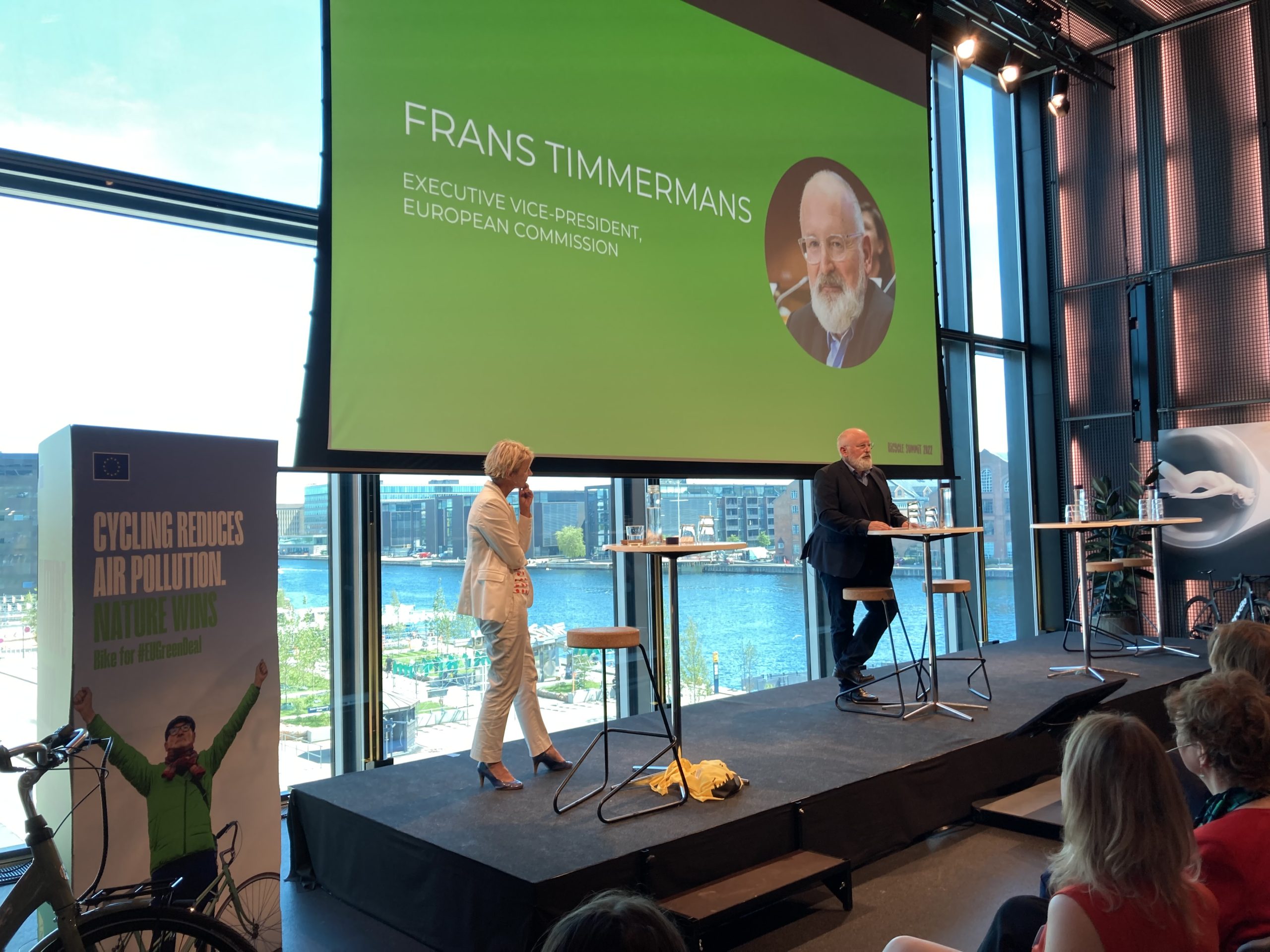 65% of global air travel is set to recover this summer, according to ForwardKeys

EU cities and towns to go through a “cycling revolution” as the European Commissioner Frans Timmermans lays out plans to launch a Cycling Declaration.

Ahead of the Grand Départ of the Tour de France 2022 at the Cycling Summit in Copenhagen, a new EU Cycling Declaration was promised by the Commissioner in charge of the European Green Deal, Frans Timmermans. The initiative came as a response to joint pressure from six EU countries, which have recently signed a declaration calling on the bloc to implement real cycling policies.

We at the European Commission should work together with the European Parliament on an inter-institutional European Declaration on more cycling in Europe.

At the official event in Denmark, Timmermans dubbed the initiative as a “cycling revolution” announcing that “solid plans will get priority access to funding”.

Investment on more cycling infrastructure and incentives were emphasized under the Commission’s 2030 Climate Target Plan, Europe’s roadmap towards reaching its 2030 climate goals in 2030. A new ambition is to help cities and regions double the number of kilometers for cycling paths to 5,000 km in this decade, by 2030.

“In our proposed new rules for investments in our trans-European transport network, we have included that all European cities above 100.000 people should design a plan by 2025 to make their urban mobility clean, sustainable: emissions-free”, said Timmermans, always stressing the importance of citizens as key players on this revolution.

Priority will be given to more cycling, but also to walking lanes and sustainable public transport. Plans to boost industrial capacity geared towards bikes is also foreseen. The Commission believes that the bike industry can benefit from the EU’s battery strategy, which is directed towards EVs and towards batteries to solve renewable energy.

Good news, things are about to change, we need a tremendous increase in cycling infrastructure to decarbonise the transport sector.

Karima Delli, MEP, Chair of the EU Parliament Committee on Transport and Tourism

The industry, represented by Cycling Industries Europe (CIE) and the European Cyclists’ Federation (ECF) gave an enthusiastic welcome to the announcement: “This is a great day for cycling in Europe. We particularly welcome the joined-up approach outlined by EVP Timmermans that should incorporate a number of our longstanding policy demands,” said Jill Warren, ECF CEO.

Both organisations have advocated that a unified EU cycling policy would place cycling on the same level as other modes of transport and industrial sectors in the EU, releasing more coherent policy support, consistency across EU member states and potentially € billions more for cycling investments.

Over the past 7 years, the EU has tripled the amount of spending on cycling and walking projects, an investment likely to grow in light of the European Green Deal’s sustainable goals. Between 2007 and 2013, the EU spent €700 million for bike and pedestrian initiatives, an amount that rose to €2 billion in the period 2014-2020. The Covid-19 pandemic also led to a rise in the popularity of bicycle transportation.

A city like Brussels, hit by Covid-19 like many other cities, really used that as an opportunity to temporarily or permanently bring cycling paths to also help people make that choice.

At EU level, two major funding sources can enhance cycling-related developments: the EU structural and investment funds, part of the regular EU budget, and the Recovery and Resilience Facility (RRF), which aims to address the economic crisis caused by Covid-19.