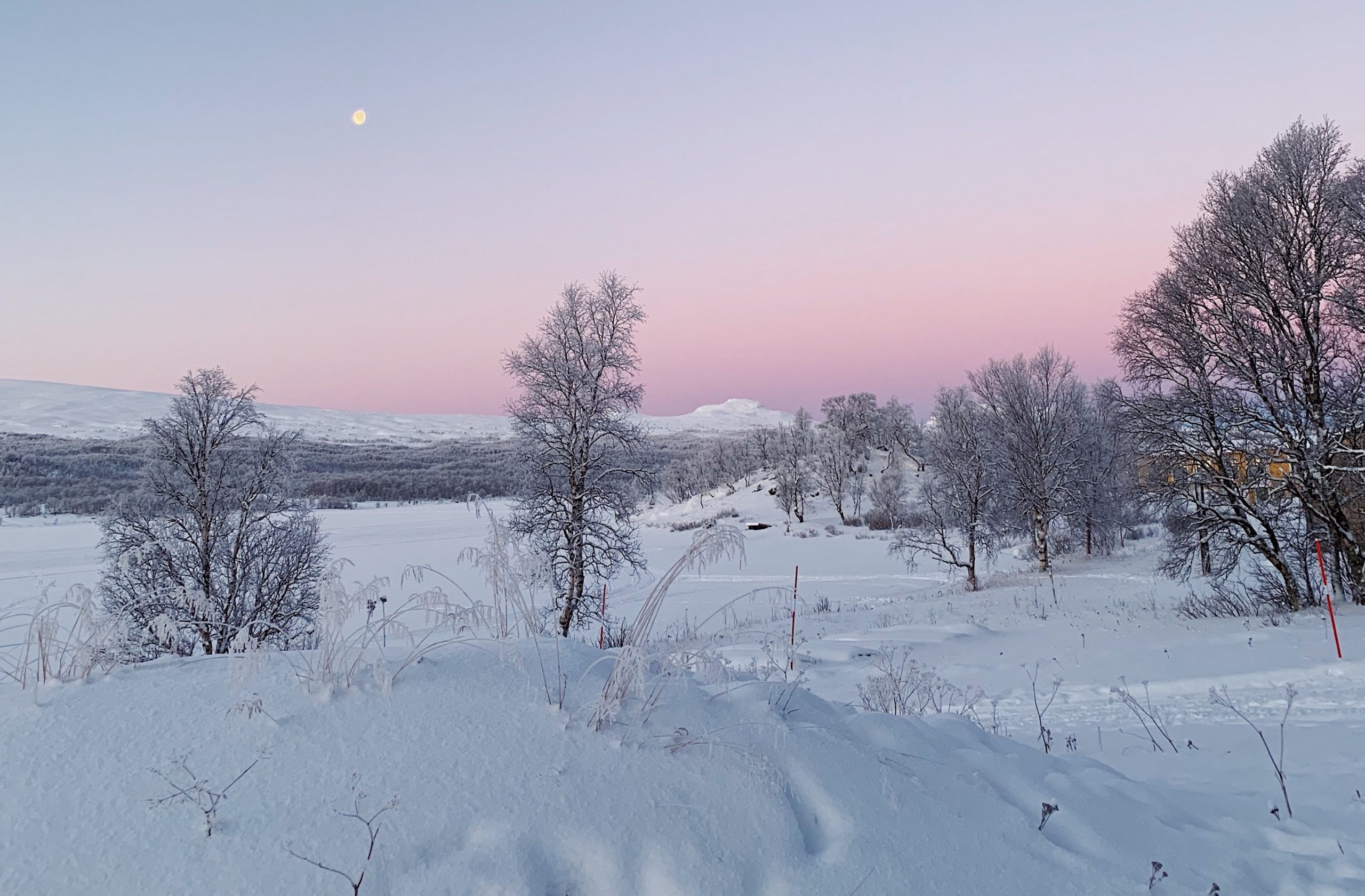 Belgium might ease its confinement strategy in the spring of 2021

Sweden has a lot of hidden and not so hidden gems. No wonder, as the country is 1574km long, compared to Germany, which is 857km long. That’s almost twice the length! The further north you get, the less inhabited it is and the more nature you can find.

On 2 January, we started our trip to Fjällnas, a small village in the North-West of Sweden, very close to the Norwegian border. We drove out of grey Stockholm, slightly rainy, and I, for my part, had no clue how it would look where we’re going. After a couple of hours, the landscape started to look colder, whiter, and a bit more secluded. After a total of five hours, we were driving on a narrow road, all covered in ice and snow, trees completely white, the branches heavy from the snow, guiding our way forward. Left and right, there were beautiful frozen lakes, dreamy landscapes, and cute villages. It started getting dark at around 3 pm, and it was only one hour left until we would arrive at Fjällnas.

We took a turn left, down a slippery road, and rolled towards an old Swedish, yellow wooden house, surrounded by snow and more snow. I couldn’t spot more since it was pitch dark. Several small warm lights lit just the place. Sleds stood in front of it, to be borrowed by everyone who felt like playing in the snow. I stepped outside of the car and got a little shock: -25 degrees. The last time I experienced such a temperature was 15 years ago in Warsaw.

We unpacked the car, put our bathing robes on top of our clothes, and rushed through the snow to the spa area. It was just a couple of meters away from the main building, but at -25 °C, every second counts. Because of Covid-19 times, the spa needed to be pre-booked, and so we were almost by ourselves at the lovely spot. The spa has two saunas, one for men, one for women, a peaceful, relaxing room with a fireplace and hot tea, and the highlight: the outdoor pool. If one was brave enough (or Swedish), there was an opening in the ice where you could do a quick dip after sweating in the sauna.

After a very revitalizing relaxation, we went back to the main building for dinner. Every evening, we got served a starter, main, and dessert to our table, accompanied by freshly baked sourdough bread and whipped salted butter. The food was fantastic. Starters like langoustines with broccoli cream and herbs or pike-perch croquettes with cauliflower, apple, and capers. Mains like braised beef with a rutabaga puree, pickles, horseradish, or tender cod loin with beurre blanc and broad beans. Sugary pancakes with blueberries, Swedish punsch, and almond or hazelnut cream with vanilla ice cream and berries as dessert.

Since Corona, all fun stuff ends at 8 pm, and so we went to bed quite early, also knowing that the next few days would be pretty active ones. I woke up a bit earlier the next morning, because I had an article to finish. I looked out of the window, and I couldn’t believe my eyes; magic. Everything was fluffy and white, covered in snow. It also turned out that our bedroom was located just by a vast frozen lake. Sometimes, in the morning, two dog sledges would pass, glowing in the sunlight. We took a short morning walk, much longer than 10 minutes wasn’t possible at these temperatures, and watched the beautiful sunrise painting the whole sky pink and purple.

From now on, every day looked pretty much the same; we went downhill skiing, or even better in this area: cross country skiing. It was my first time, so there was some shouting and cursing in all possible languages, but in the end, I enjoyed it a lot. We took walks on the ice, enjoyed ourselves at the spa, and we were so happy about these delicious dinners.

There isn’t much happening in the village, so we stayed mostly put at the hotel. Trust me; if you come here, you’ll do the same. The only excursion we did one day was to drive just until the Norwegian border (closed because of Corona) and back, to get the car’s batteries going, which, just like us, had some difficulties accepting now the even colder temperature of -28 °C.