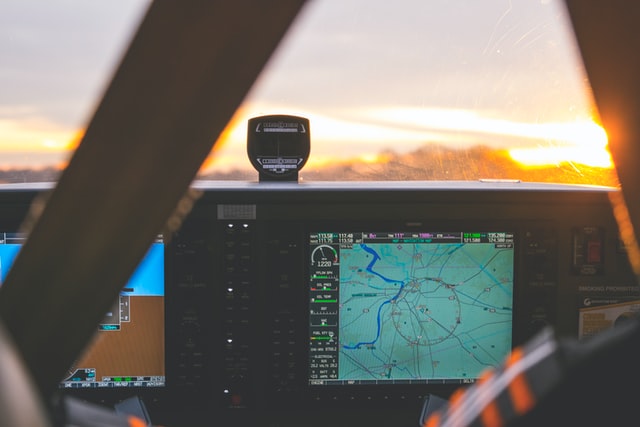 Do you know why airline route maps look the way they do?

Dijon to open its hub for wine and gastronomy in May

Pilots must calculate the course of the flight path, which is the direction of flight relative to the ground. The heading is the direction needed to counteract the wind speed to stay on the desired flight path. Calculating the heading is a classic navigation problem that is solved by graphing or using mathematics. Pilots use official online flight calculators that do the calculations for them, but whether the calculations are done by computer or by hand, the principles are the same.

For example, if a pilot intends to fly south at a speed of 200 miles per hour and the wind is blowing at 45 degrees at a speed of 20 miles, the heading must be different from the flight path to stay on course, and this difference must be calculated.

The names of certain geo-location systems arise from a combination of 5 characters from Latin vowels and consonants that can be easily read aloud and memorized, such as OKUDI, PESOT or LISNA. The letters themselves make a lot of sense and in some cases the combination refers to certain nearby locations.

Any route from airport X to airport Y makes use of this kind of air tracking. An aircraft does not fly in a straight line; it moves from one location to another. Over longer distances, such a polygon-shaped route almost conforms to the direct line. The reason is simple and logical: the shorter the distance, the less fuel is consumed.

Many believe that an aircraft flies on the curved line for a reason. On Flightradar the route is, at least, represented as a curve, as shown on the onboard displays (which is no secret). However, the earth is a sphere, whereas the maps and monitors represent it as flat. The closer a pole is to the route, the more distorted it is represented.

For example, a route from Oslo to Los Angeles resembles a parabola on a map. But if you were to take a globe and stretch a string between these two cities, you would see that the route of the plane is close to that line, which is obviously the shortest distance.

In this sense, transoceanic flights are a bit more complicated. For safety reasons, twin-engine aircraft are not allowed to stray far from the mainland on transoceanic flights. Twin-engine aircraft must stay close to the nearest airfield that can receive this type of aircraft. Added to this rule is the global challenge of large wide-body aircraft (commonly used on long-haul routes): not all runways would coincide. The principle is as follows: in the event of an engine failure, the aircraft would rely on the redundant engine in order to reach the nearest alternative airport willing to accept it.

Luckily modern aircraft are more often ETOPS-180 certified (which means you could go as far as 180 minutes flying time from the nearest airfield), or even ETOPS-240 certified, and the new Airbus A350XWB which is about to be ETOPS -370 certified. So why go to the trouble if only four-engine aircraft can fly? And most importantly: it all comes down to fuel economy. Four-engines are bound to consume more fuel than two-engines, as long as there is no such thing as 100% efficiency.

Air traffic is managed by dispatchers who monitor all flights traveling the same route to ensure that no aircraft comes within 5 kilometers of each other. This means that it would have to stay in the air longer until a new turn is assigned. For these cases there are special waiting areas that are not far from the runway. The aircraft waits circling until it is cleared to descend.

Even flight levels (300, 320, etc) are used by westbound aircraft, while odd flight levels (310, 330) are used for eastbound flights. This means that there is more than 300 meters of space between aircraft flying the same route, but in opposite directions. Some countries use a more sophisticated quadrant scheme (in these, the flight levels are divided into 4 instead of 2), although the principle is essentially the same.

In the northern hemisphere, winds prevail from the west to the east, so in some cases, aircraft fly downwind, while in the second case, they fly upwind. In certain situations, the wind is so strong that a 4-hour flight could take even 5 hours. Other times, the pilot may have missed his turn to land at the airport, so he would have to stay longer until a new turn is assigned. For these cases there are special waiting areas that are not far from the runway. The aircraft waits circling until it is cleared to descend.