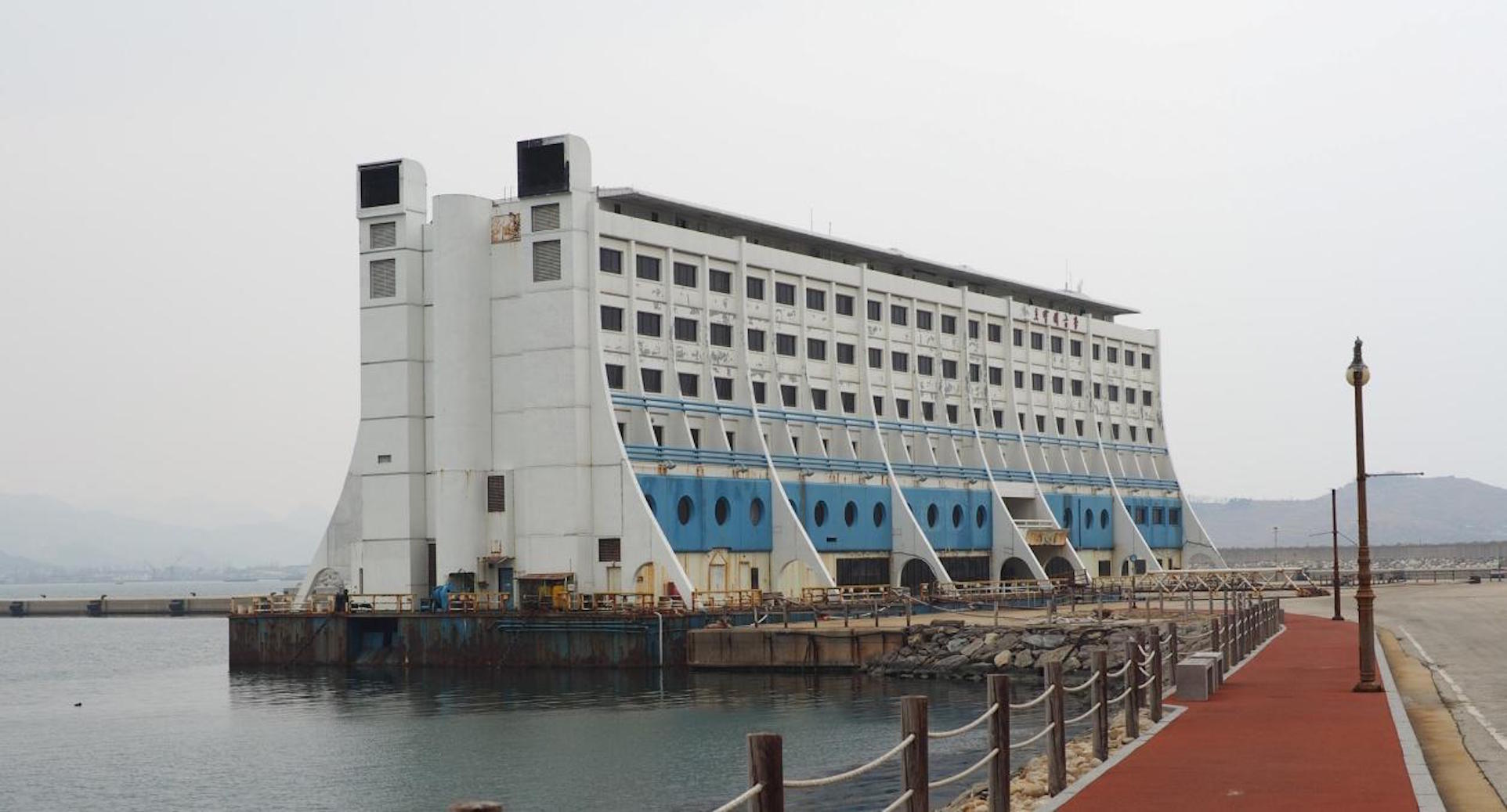 Tutankhamun’s legend and treasures have arrived in Brussels

There was once a floating Australian hotel that has now ended up in North Korea. The hotel in question was called The Four Seasons Barrier Reef Resort, and was originally a very unique Australian vacation destination. It was a five-star, seven-story hotel that was originally planned to float above the John Brewer Reef 70 kilometers off the coast of Townsville, Queensland, Australia.

It featured two hundred rooms, nightclubs, bars, gym, sauna and two top restaurants. Outside the hotel, it also came equipped with an actual floating tennis court. This was an incredibly novel vacation destination and is fondly remembered by local residents and former staff.

The hotel was originally the brainchild of Doug Tarca, a much revered and fondly remembered Australian developer from Twonsville. He wanted to put a hotel on the Great Barrier Reef to attract tourists from around the world. “It was a five-star hotel and it wasn’t cheap,” said Robert de Jong, a curator at the Townsville Maritime Museum, in an interview with CNN.

It had 176 rooms and could accommodate 350 guests. There was a nightclub, two restaurants, a research lab, a library and a shop where you could buy diving gear. There was even a tennis court, although I think most of the tennis balls probably ended up in the Pacific

A post shared by Maritime Museum of Townsville (@maritimemuseumoftownsville)

If located so close to the reef, it should, in theory, allow immediate and easy access to this incredible natural wonder of the world. It was originally planned to permanently moor three cruise ships on site, but was later rejected as too impractical. After a chance encounter with a Swedish company that built floating dormitories for oil rigs, a new plan was hatched to build a floating hotel.

Once the designs were finalized, a Singapore-based company began construction of the novel hotel. Due to the sensitive nature of the proposed location, the hotel had to comply with very strict environmental restrictions in its design. Non-toxic paint had to be used on the hull and the hotel was not allowed to discharge into the sea. Sewage and liquid wastes had to be treated on site and sewage had to be discharged several miles from the reef.

All solid waste was to be incinerated and the remaining garbage was to be transported to the mainland for processing or disposal. The hotel was finally completed in 1987 and cost a $40 million. However, a dispute over payment terms meant that the completed floating hotel was not delivered until January 1988.

But this was only the beginning of the hotel’s problems. After delivery, the hotel was hit by a cyclone and could not open for guests for another two months. When it finally opened in March 1988, the lucrative northern hemisphere winter tourist market in Australia had been lost. This cost the financial backers millions in lost revenue.

A post shared by I Grew Up In Townsville (@igrewupintownsville)

Aside from these initial problems, it was not the easiest hotel to find. It required a 70 kilometer ride in water cabs to get there in the first place. The rough waters would seriously hamper the transport of tourists to the site. Worse, during rough seas, guests often felt seasick.

One of the hotel’s catamarans used to transport supplies and mainland guests even caught fire. Fortunately there were no casualties, but the hotel’s public relations were severely damaged. The company also suffered from poor management, unfortunate marketing and eventually bookings began to dry up. Under such severe financial pressures, the hotel eventually became too costly to operate.

In just over a year, the ambitious floating hotel was foreclosed. The hotel itself was finally sold to another company in Vietnam in 1989. Once the sale was completed, the hotel was towed to Saigon, almost 5000 kilometers away. It was moored in the Saigon River and renamed the Saigon Floating Hotel.

At the time, Vietnam was going through something of a tourism boom and the hotel’s unique qualities would fill the growing need for luxury tourist accommodations. As a pre-packaged, ready-to-use facility, it seemed perfect.

And the tactic paid off. It became a popular resort and affectionately came to be known as, “The Floater.” Unfortunately, new financial problems once again forced the hotel to close its business in time. The Floater Hotel’s unique qualities caught the attention of another potential buyer. This time from North Korea.

After changing hands once again, it was towed and moored in the Mount Kumgang tourist region of North Korea on the border with South Korea. It opened in 1998 and was intended for tourists from South Korea. Its name changed again to Sea Kumgang Hotel or Haegumgang Hotel. Once again, the hotel enjoyed a period of success and became a popular tourist destination. But the hotel could not shake off its past.

A post shared by Maritime Museum of Townsville (@maritimemuseumoftownsville)

In July 2008, a North Korean soldier accidentally shot and killed a South Korean woman. Without wanting to, she had entered the restricted military zone. Tours were immediately suspended. After the latest tragic event in the hotel’s history, no one has offered to buy it from North Korea. The hotel still remains moored in place and has been closed since 2008.

The hotel made headlines in November 2021 when the North Korean leader made some very unflattering comments about the facility. Kim Jong-Un was very displeased with the slowly rusting hulk and compared it to “makeshift tents in a disaster-stricken area.”

After his visit, Jong-Un ordered that all “backward” and “dilapidated” facilities, such as the floating hotel, be removed from the resort immediately. The hotel’s unglamorous end may be perceived as an unfair end to the story of this ambitious project. Many Townsville residents are very nostalgic about it to this day.

Today, the hotel is remembered at the Townsville Maritime Museum, where a scale model of the facility is on display. The exhibit also includes other information and memorabilia from this incredible floating hotel.