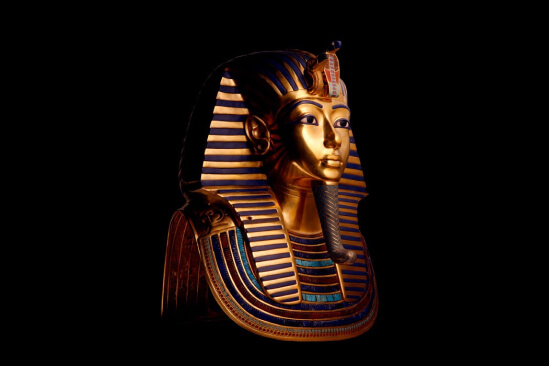 Tutankhamun’s legend and treasures have arrived in Brussels

An exceptional exhibition on Tutankhamun, the legendary Egyptian pharaoh, is welcoming visitors from July 20 at the Tour & Taxis in Brussels. The exhibition celebrates the centenary of the pharaoh’s tomb discovery.

The Tutankhamun exhibition is an innovation in the world of ancient Egyptian art and representation. With more than 1,000 objects catalogued, perfect replicas reproduced with the greatest scientific care, ”Tutankhamun, His Tomb and His Treasures”, is the most comprehensive retrospective ever made on the world’s most famous pharaoh. Its spectacular catalogue rich in historical treasures will immerse visitors in the skin of the archaeologist at the very moment of his discovery.

On tour since 2009, the exhibition the exhibition is dedicated to the discovery of the tomb of the pharaoh Tutankhamun, one hundred years after its discovery. An anniversary worthy of this illustrious figure of the history of Egypt, eleventh pharaoh of the XVIIIth dynasty of the New Kingdom, son of Akhenaten, and whose discovery of the sepulchre brought forth many treasures and curses.

Tutankhamun ascended to the throne in 1332 B.C. at the age of 9 as one of the last kings of the 18th Dynasty. His father was the heretical king Akhenaten. The most important achievement of his reign was the rejection of his father’s radical religious reforms, which had destabilized the whole country. According to the latest studies, the young king suffered from serious illnesses. He passed away after nine years on the throne and his death remains a mystery to this day.

When, in 1922, archaeologist Howard Carter and his teams wiped the outline of what would turn out to be the sarcophagus of the great Pharaoh Tutankhamun, they did not yet know that their discovery would change history forever.

The Metropolitan Museum sent Harry Burton to be the excavation photographer – he was ‘Carters eye and memory’. With his enormous camera and cumbersome negative plates, he tirelessly surveyed the site of the discovery. He set up his laboratory in the tomb of Sethos II and improvised a darkroom in the neighboring tomb KV 55. Every step of the excavation work was documented in photographs, down to the smallest detail. A total of 2,800 large-format glass negatives were printed, listing all finds and their location in the tomb.

The curse of the pharaoh, widely relayed by the press of the time, reported a series of suspicious and supernatural deaths that would have affected the deceased leaders of the excavations, in 1922. Whether true or not, the Pharaoh of a Thousand Mysteries continues to bewitch visitors. Fascinating and enchanting, the Tutankhamun exhibition retraces the history of this extraordinary pharaoh, thanks to a selection of exquisite and sometimes unusual anecdotes, period objects of unparalleled splendor, and otherworldly treasures to be explored with amazed eyes.