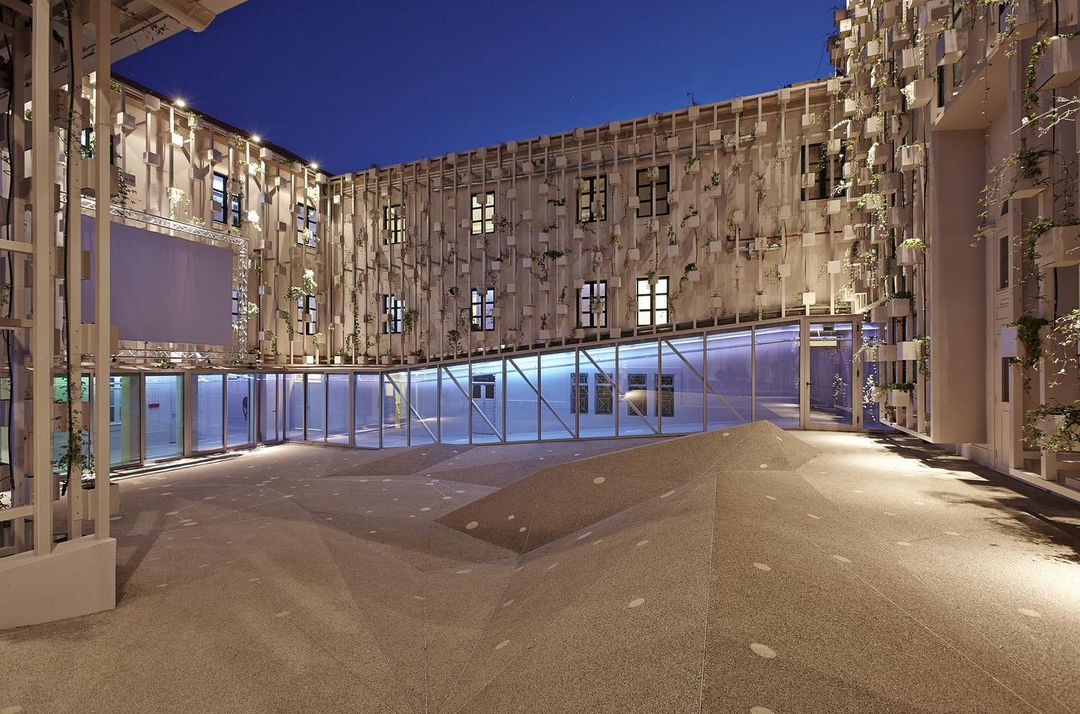 Contemporary landmarks of the youngest city in Portugal

The Portuguese city of Braga has a lot to offer its visitors as it proved recently in claiming the title of Best European Destination for 2021. One of its unique qualities is the fact that, in addition to the city’s 2000 years of history, it also offers a range of modern architecture, lending the historic city the youthful vibrancy and unexpected modernity that has led it to be considered Portugal’s youngest city. Here are some of the highlights of the modern cultural spaces and contemporary architecture that you can look forward to exploring on your visit.

The Municipal Stadium of Braga, Estádio da Pedreira was inaugurated in 2003 and designed by the Pritzker Prize winning architect Eduardo Souto Moura, together with Engineer Rui Furtado. The building is a work of particular beauty and unusual piece of engineering, and forms part of the Urban Park implanted in the hillside of Monte Castro. The stadium has a capacity of 30,286 seats and two side benches, the tops of which are part of the old quarry of the slope of Mount Castro and offer a wonderful view of the Cávado river valley. The covering of the Stadium is concrete with more than 65 steel cables, and takes as stylistic reference the bridges built by the Inca civilisation in Peru, and allows great exposure to natural light.

Also designed by architect Eduardo de Souto Moura is the Mercado Cultural do Carandá, built between 1980 and 1984. The Municipal Market of Carandá was intended to replace an older one, however it never became an established place for selling food products. After several attempts to revive the space, the Municipality of Braga decided to convert the building, a project for which Eduardo Souto Moura was also in charge. Nowadays the market hosts exhibitions and shows, mainly dedicated to dance.

The Mário Sequeira gallery was Inaugurated in 1994, in a former farmhouse dating back to the end of the 19th century. It is composed of three exhibition spaces: the motherhouse, a contemporary building and a sculpture park in the garden area, with the main building designed by Carvalho Araújo. The gallery has hosted several well-known exhibitions, from Andy Warhols solo exhibition in Portugal to individual exhibitions by Richard Long, Franz West, and Nan Goldin, as well as leading artists including Gerhard Richter, Sigmar Polke, Georg Baselitz, Tim Noble and Sue Webster, and Gilbert & George. It is open to the public with free admission five days a week.

In 2012 Braga received the European Youth Capital title and as part of this GNRation was created. Designed by Carvalho Araújo, it opened its doors to the public in 2013. It aims to promote and develop artistic activities and digital arts, in a space where the National Republican Guard (GNR) building was once located. GNRation is synonymous with creativity, entrepreneurship, science, art, technology and culture, raising awareness and training new, contemporary and cosmopolitan audiences. The building has an iconic and unconventional façade, and is used for leisure, with a concert hall, digital laboratory and art gallery. Its outdoor patio and blackbox receive renowned and emerging names from the national and international music scene, and the building also works to encourage business through the presence of Startup Braga, enabling GNRation to be the starting point for innovative and auspicious projects.

The Forum Arte Braga is an institutional gallery founded in 2018. Situated in a unique building, the gallery aims to show Portuguese and international artists. Inspired by the belief that the artistic practice can expand the scope of human action and has the power of touching and transforming the world, the Fórum Arte, under the Artistic Direction of Duarte Sequeira and Guilherme Braga da Cruz, cultivates a program in which the main premises are conceptualism, intellectual rigour and concern about the future.

The Tree of Life Chapel is a sacred chapel which has won many architecture awards and must be visited for its originality. Located inside the St. Peter and St. Paul Conciliar Seminary, the Tree of Life Chapel won the ArchDaily 2011 award for religious building with the best architecture. It was designed by Cerejeira Fontes Architects with the collaboration of sculptor Asbjörn Andresen and painter Ilda David, as well as some artisans from Barcelos. Constructed entirely from wood, it required about 20 tons of it to be built. Nothing was nailed and there are no hinges, everything was pieced together. The wooden beams were fitted so as to create a play of light and shadows that is especially stunning at dusk. As it is a private space, it can only be visited on Fridays from 5 to 6 pm.

Last but by not means least is Altice Forum. Inaugurated in 2018 and inspired by Braga’s Roman heritage, Altice Forum Braga is a multi-purpose structure dedicated to fairs, exhibitions, congresses and other socio-cultural, scientific, recreational and sports events, as well all kinds of recreational and entertainment shows. Located in the city centre it is easily accessible and boasts a capacity to accommodate events of all sizes, from 20 to more than 20,000 people. It is a modern interactive and environmentally sustainable forum, designed and made for people, and provides a meeting point for business and culture.