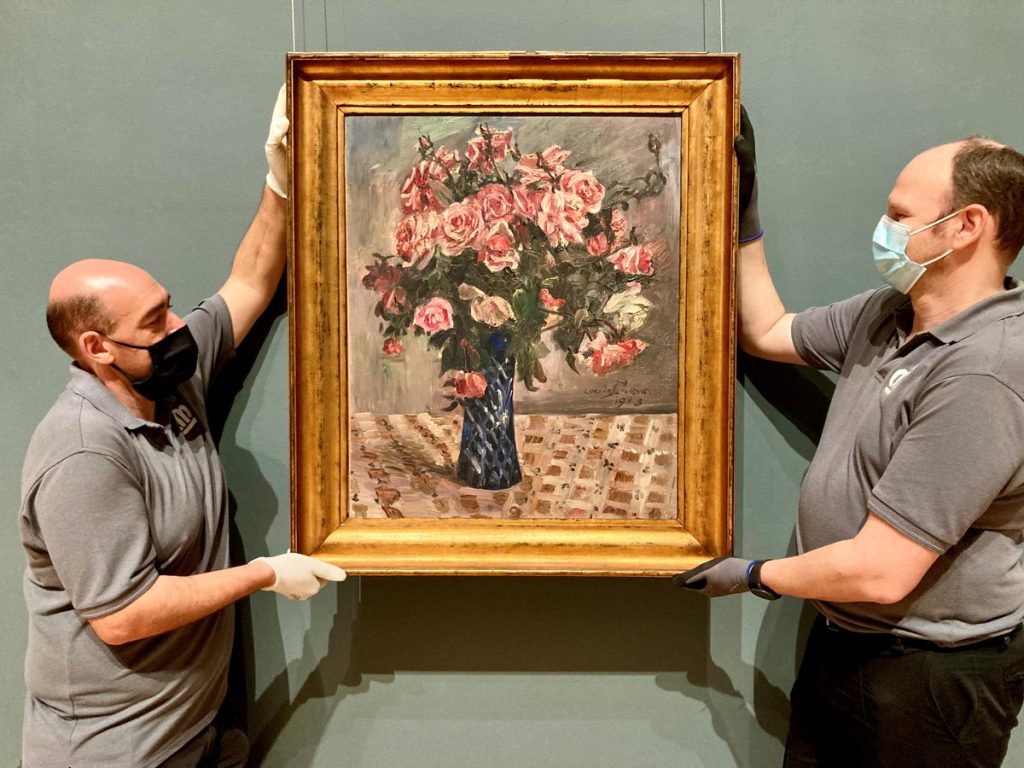 The Royal Museums of Fine Arts of Belgium returned a painting to nine great-grandchildren of a Jewish couple whose property was robbed by the Nazis after they fled Germany during World War Two.

Titled “Flowers” and painted in 1913, the painting represents a blue vase filled with pink flowers. The artwork is attributed to Lovis Corinth, a German artist known for his dramatic figurative and landscape paintings. It had belonged to Gustav and Emma Mayer before they fled their home in Frankfurt, Germany in 1938 to Brussels and then Britain. The family’s Berlin-based law firm approached the Royal Museums of Fine Arts over five years ago and on Thursday, after a signing ceremony, museum’s workers finally took down the painting from the museum’s wall. None of the great-grandchildren attended the ceremony.

“Flowers” is only one of the 30 paintings that the Mayer family is searching for. The Royal Museums of Fine Arts on Thursday handed the painting to Imke Gielen, the lawyer representing the family. Gielen said that this painting is the only one that had been identified as the Mayer family does not have any images of the missing paintings.

“Flowers” had been hanging in the museum since 1951, when Belgian authorities failed to find its original owner. Last Thursday, the museum also launched two rooms with Nazi-looted artworks and art pieces taken by Belgium during the colonial period.