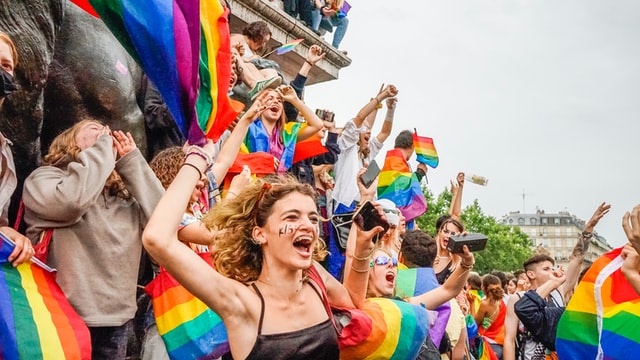 Belgian Pride is back in Brussels

The world’s 10 most underrated road trips

On the 21st of May, after a two-year absence, Belgian Pride will once again be putting the LGBTI+ community in the spotlight and decorating the streets of Brussels in the colors of the rainbow. This year’s theme will be “OPEN”. A call for more inclusiveness, respect and equality for LGBTI+ people. Therefore, the watchword is openness to others, respect and consent, as well as culture and celebration! We look forward to greeting you at 1pm at the Mont des Arts/Kunstberg.

Brussels opens the European Pride season. The organizers expect no fewer than 100,000 people marching to defend their rights and celebrate diversity in the streets of Brussels. This year, Belgian Pride is prouder than ever to be wearing the colors of the rainbow. The festival is open to all. An “open”, safe and inclusive place. Notions supported by an awareness and communication campaign. The cultural sector will also be joining the event with LGBTI+ artists and projects in collaboration with Belgian Pride.

The traditional Pride Kick-Off on Thursday 5 May 2022 will mark the start of the festivities. The procession will make its way through the streets of Brussels. It will hail the Manneken- Pis, which will be dressed in a costume designed especially for the occasion. During the two weeks leading up to Pride, many buildings across the Brussels-Capital Region will be illuminated and decorated in LGBTI+ colors around the RainbowCity.Brussels project.

The Rainbow Village and its LGBTI+ establishments in the Saint-Jacques district, in the heart of the capital, will again be partnering the events this year to ensure that city centre streets are filled with life throughout the weekend. The Pride Parade will occupy the city center’s streets and the Pride Village will welcome associations. LGBTI+ artists will take over the stage at the Mont des Arts. Hundreds of partners, associations and artists will work together to ensure it is an unforgettable day.

According to Belgian Pride Brussels, the first “gay day” in Belgium took place on March 18th 1978 in Ghent. It was organized by the group Rooie Vlinder, a left-wing feminist group that adopted an extremely activist approach.

The second time gays and lesbians made their voices heard in the street was the “International Day of Homosexuality”, which took place on Saturday, May 5th 1979, in Antwerp. The evening ended with the “Janettennacht” in which the group Rooie Vlinder demonstrated that one could be proud to be homosexual. One year later, the group Rooie Vlinder, together with the Federatie Wergroepen Homofilie (FWH) and the Brussels association CCL, organized the “National Gay and Lesbian Day” in Brussels.

In 1981, the demonstration again took place in Antwerp. As the group Rooie Vlinder disolved and the FWH fell to its own internal dissensions, the “Pink Saturday” (Roze Zaterdag) was not consistently held every year during the 1980s. As lesbian women felt that the Pink Saturdays were too dominated by men, they organized the first “Day of the Lesbians” in 1983. Since 1986, it has been held in Ghent and later took the name “L-day”.

Inspired by the Dutch Pink Saturday, the FWH and the Roze Aktiefront (RAF) joined in one committee and relaunched Pink Saturday in Antwerp on May 5th 1990. After this, it took place every two years. Starting in 1996, the event takes place in May of each year in Brussels. Seventy-seven organizations were involved in the organization of this new series of events. In 1996, nearly 2,500 visitors attended the event, then known as the Belgian Lesbian and Gay Pride. In 2015, the Belgian Pride attracted nearly 100.000 visitors.

After the Brussels attacks of March 22nd 2016, there was some hesitation in organizing the Belgian Pride on May 14th that same year, but the organizers did not want to give in to terrorism. Traditionally, the Pride Parade has started and ended on the Place de la Bourse but, as it was still being used as commemorate site for the attacks, the departure and arrival point was moved to the Mont des Arts.

In 2017, for the International Day against Homophobia and Transphobia on May 17th and the Belgian Pride day on May 20th saw more involvement from the city. Six rainbow pedestrian crossings were painted, STIB buses carried the rainbow colors, several traffic lights presented either two “feminine” figures or two “masculine” figures, and various large companies, as well as the Brussels Central station, lit their facades in rainbow colors.

As in 2016, the Mont des Arts was once again chosen as the departure and arrival points of the parade, but as it has narrower streets, it was no longer possible to use large vehicles. Nearly 90,000 people came to the Belgian capital to participate in the event.

Belgian Pride is an opportunity to celebrate diversity but also to defend and demand LGBTI+ rights, all with a view to making society more inclusive and equal. Beyond its festive dimension, Pride is more than ever an opportunity to promote the rights and demands of the community and initiate policy ideas.