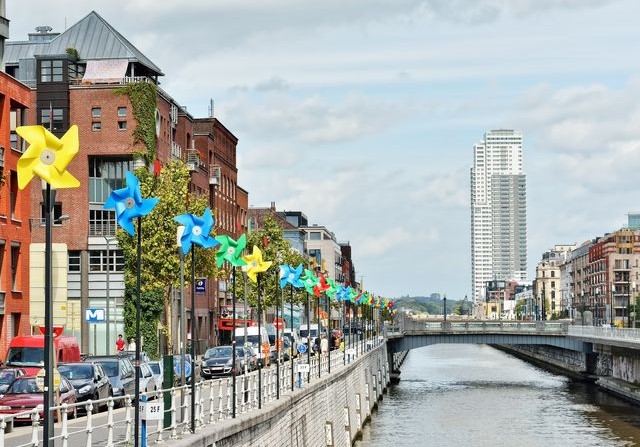 Which countries are poised to win the hydrogen race?

Belgian Pride is back in Brussels

The Belgian capital has just launched last week its third season of guided tours. The initiative comes from Explore Brussels and the Brussels Capital Region and the tours season will end in December.

During this time, besides the most famous and looked after themes surrounding the Belgian capital, such as Art Nouveau, Art Déco, neoclassical art and eclecticism, the guided tours also cover more unusual subjects, like green spaces, or underestimated themes, among which gastronomy, folklore, history, heritage and Europe.

There is a plethora of mobility options available, with tours on foot, by bicycle, car or boat. The visits are also organised in English, French, Dutch and German, so visitors from all over the world can enjoy the city.

The program has different stakeholders, all of which offer a different, special view of the region. Arkadia takes visitors on street art – a true Belgian treasure – tours between La Fonderie and the MIMA Museum. The Pro Velo association and Bruxelles Bavard encourage people to discover the “unusual Brussels”, surrounding the Canal area, to reveal the industrial past of the city, a part of history that is easily forgotten when gentrification changes the scene.

This year’s season kicked off with proposals for some intriguing routes around the Sint-Jans-Molenbeek municipality. These include the Old Molenbeek and the Molenbeek: The Little Manchester.

The municipality “is steadily building for the future and the neighbourhood around the canal has become trendy, with cultural players settling in, but the local population must also be considered”. This is why the Old Molenbeek tour tries to show tourists the less industrialised, traditional part of the region. “The stroll takes in former industrial buildings that hark back to the neighbourhood’s past”.

The neighbourhood is commonly called “le petit Manchester belge” by residents, since there was a time when Brussels was the second most industrialised city in the world, just after Manchester, and Molenbeek was one of the main industrial centres of the region. Factories thus determined the urban and social development of the territory. The “petit Manchester” tour invites visitors to explore this past and how it influenced the way the neighbourhood looks today.