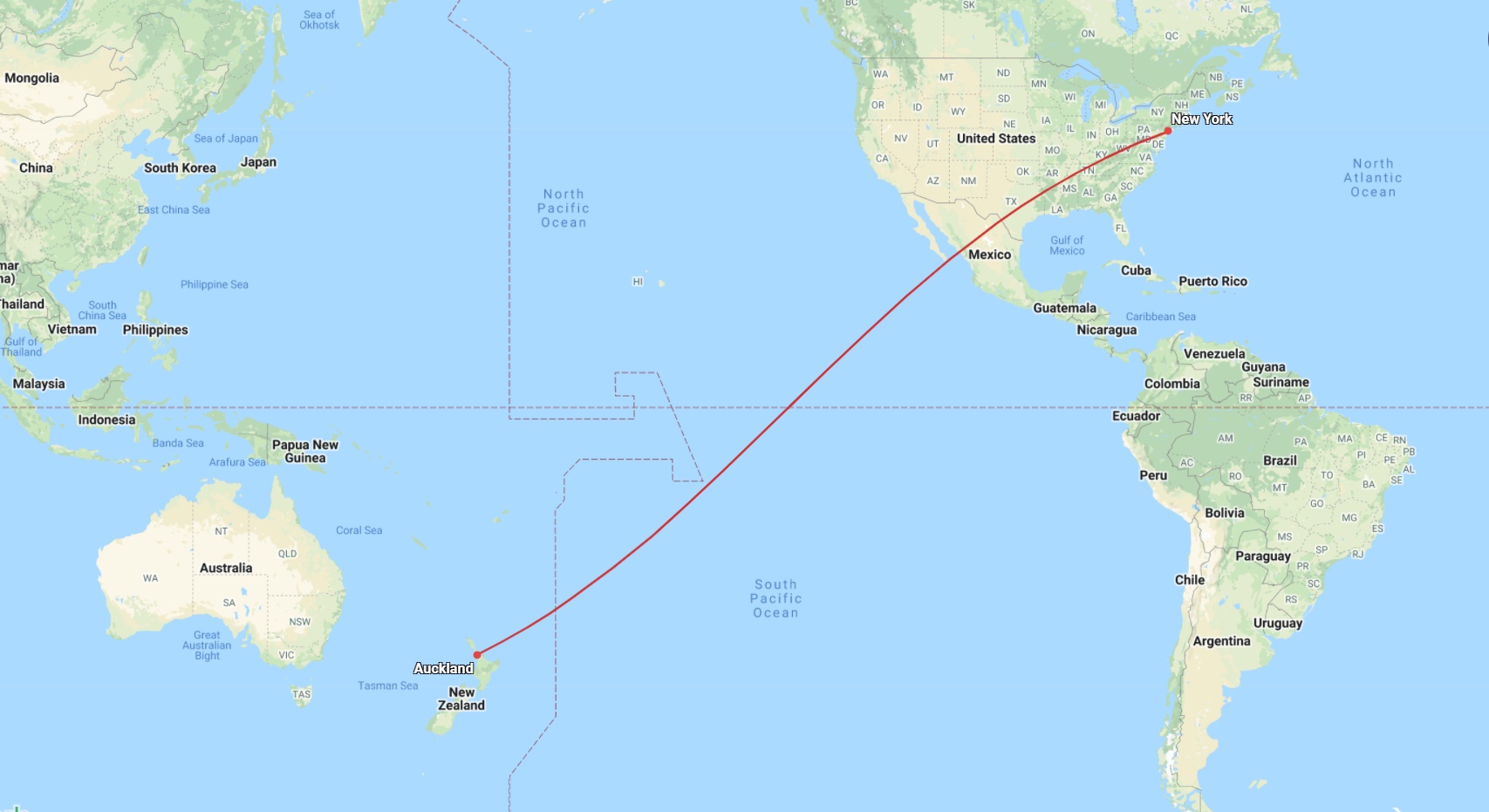 EuroVelo 5 to connect Brussels with Europe by bike

Air New Zealand has just announced that getting to New York will be a lot easier starting 17 September, when the airline’s new 17-hour flight is inaugurated.

New York is an iconic yet familiar city, a bucket list item. And now for the first time, Kiwis [New Zealanders] can visit the city of all cities with a non-stop flight. New Zealand lets you slow down – in New York, everything is bigger and faster, it’s exciting and awe inspiring – and it’s now closer than ever.

“The US has always been a key market for us, and this new route cements our commitment to developing growing tourism opportunities between the two countries. In the six years leading up to Covid, the US visitor numbers to New Zealand doubled and looking at the average spend in New Zealand by US tourists, we estimate that this new route would contribute an additional $65M per year into the local economy”, says the airline CEO

Generally departing Auckland at 7:40pm, except for the inauguration flight on 17 September which will take off at 4pm, customers will enjoy Air New Zealand’s award-winning cabin experience and literally wake up in the city that never sleeps, arriving at Terminal 1 of John F. Kennedy International Airport.

According to Foran, the airline has been working “incredibly hard over the last few years to make this ultra-long-haul service a reality – it’s one of the longest routes in the world, at just over 16 hours northbound and 17 and a half hours southbound. To ensure customers arrive in New York feeling refreshed, we’ve put a lot of thought into the onboard experience and teams are working around the clock to make sure this is a great flying experience.”

After a stopover in New York, for customers wanting to travel further afield, Air New Zealand’s strong partnership with United Airlines can connect them to domestic destinations across the US, Canada and the United Kingdom. For those wanting to explore more of Europe, thanks to Air New Zealand’s network of partnerships, customers can also fly direct from New York to Frankfurt, Munich, Zurich, Vienna, Brussels, Helsinki, Copenhagen and Stockholm.