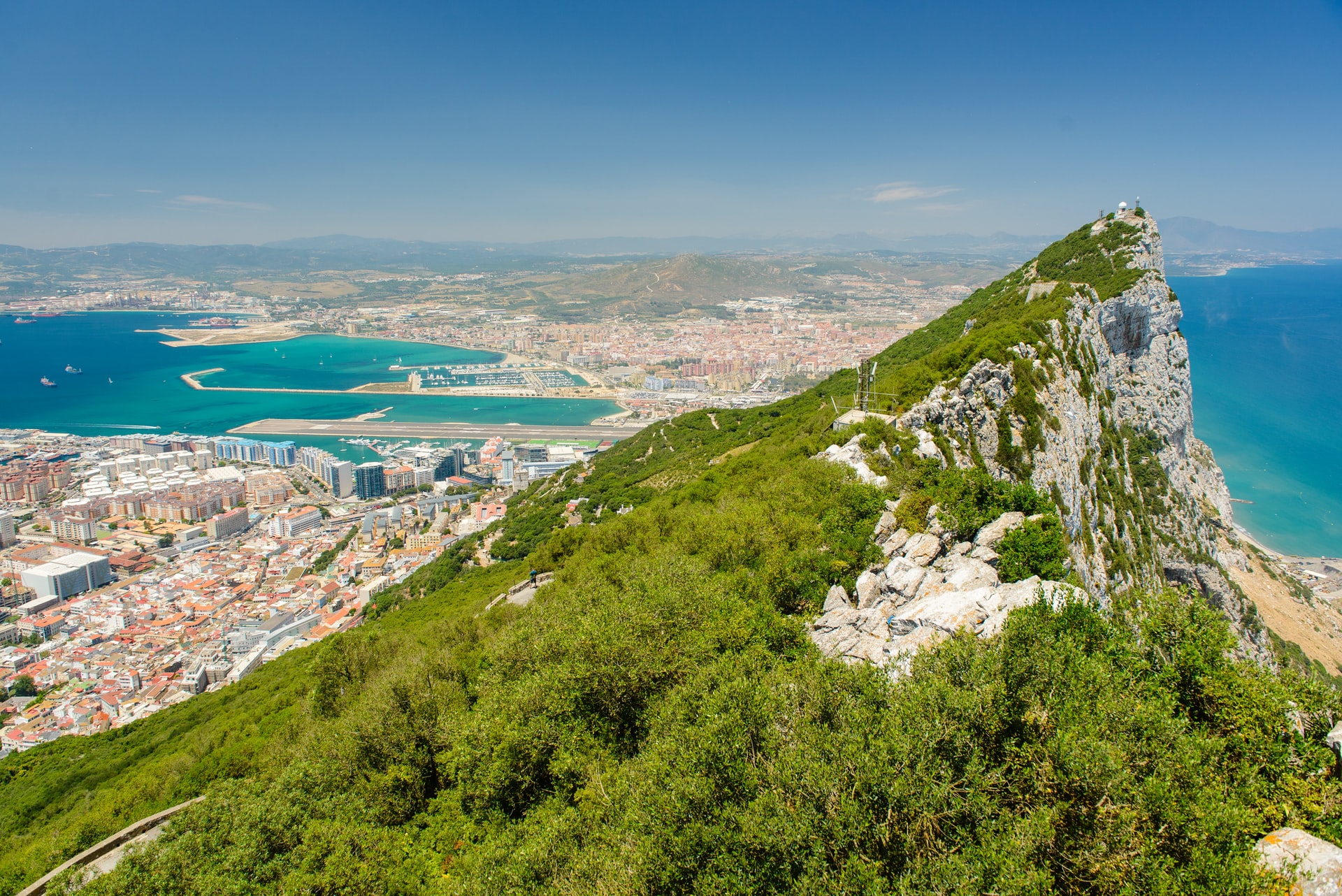 Destination, Get away, 🌍 World

Europeans less keen to travel ahead of approaching holiday season

A British overseas territory occupying a narrow peninsula of Spain’s southern Mediterranean coast, Gibraltar is a unique fusion of cultures. Wondering amongst the red post boxes and fish and chip shops, it would be easy to think you were in Britain, however the warm Spanish climate and mediterranean scenery suggest otherwise. In fact British writer Laurie Lee once described Gibraltar as ‘a piece of Portsmouth sliced off and towed 500 miles south’. A small but interesting and historically important place, here are some suggestions of how to make the most of 24 hours in Gibraltar.

The other name which Gibralter goes by, ‘The Rock’, refers to both the popular main attraction of the place, the giant rock which soars almost 1,400 feet from the sea, and its position as a symbol of British naval strength since the 18th century. The Rock has been integrated into Gibraltar and holds some of the territory’s greatest natural treasures, as well as having been a natural defence against attackers. You can explore the Rock on foot, although be warned this is a climb, and taxi tour guides also have access if you aren’t feeling quite so energetic. To go up the rock (to the area officially known as the ‘Upper Rock Nature Reserve’), you’ll need to pay an entry fee of £10 which gives you access to all the important historic and cultural sites which you can explore.

Another alternative to discovering the Rock by foot is to take the cable car. There is a lower station situated in the town centre, and the ride takes you 400 metres up to the top, covering beautiful scenery as you go. There can be queues so if you are sure you want to take the cable car try to book ahead. Then sit back and enjoy the ride!

3. Say hello to the monkeys

As well as the great views from the top of the Rock, where you see the rest of Gibraltar, and Africa, to your south, and Spain to the north, you’ll also see some very friendly inhabitants; the Barbery macaques. Europe’s only resident species of monkey, although they are friendly they are nifty pick-pockets so pay attention to your valuables. There is a saying that goes when the Barbery apes of Gibraltar die out, the British will lose Gibraltar…

Walk down Europa Road to Gibraltar’s southernmost tip, Europa Point, to admire the views of the north coast of Africa. Only 13 miles away across the Gibraltar straits, in good weather it is clearly visible, and you can also admire the Moroccan mountain Jebel Musa. According to legend, this mountain, along with the Rock of Gibraltar, originally formed one mountain which Hercules split it in two, linking the Mediterranean Sea with the Atlantic Ocean and creating the two Pillars of Hercules.

British pubs are plentiful in Gibraltar, so take a well-earned lunch break and enjoy some typical pub grub and a pint in one of the cosy establishments. There are also fish and ship shops if you want something on the go, or classic English Tea Houses if you want something a bit more sophisticated, or a nice warming and non-alcoholic drink.

After lunch, take some time to explore Gibraltar’s Old Town. The busy network of narrow streets, centred around the Main Street, features pubs, red telephone boxes and familiar British shops such as Marks & Spencer, giving it a strong UK feel but with mediterranean weather. The street names here only became official in 1870, so before this locals referred to them by their most notable building or function. This is evident in their names today, for example Governor’s Lane and Library Street.

Gibraltar has an interesting and turbulent history, and the Gibraltar Museum explores some of this, looking at the cultural and natural history of the island. The museum showcases everything from the marine life that inhabits its coastline, to the island’s cultural history from Carthaginian times to present day. The basement level displays 14th century Moorish baths and this stunning bath house, once used as stables by the British military, is one of the best preserved in Europe. The museum also features the Great Siege of Gibraltar (1779-1783), when the Spanish and French unsuccessfully tried to take the territory from British control, and you can learn more about this by visiting The Great Siege Tunnels attraction.

A post shared by The Gibraltar National Museum (@gibraltarmuseum)

8. Stroll along the marina

Unsurprisingly, the sea plays an important part of in life in Gibraltar, and looking down from the top of the Rock to the many quays, it is almost like houses have boat moorings instead of back gardens. Strolling along the water by one of the many marinas is a nice way to finish a busy day of sightseeing, and Queensway Quay Marina, recently renovated, has a main promenade housing some lovely restaurants making it a perfect place for dinner. They serve Spanish-style grilled fish and meat, and have beautiful outside terraces where you can look out over the marina and watch the sun setting over the Rock.

There is a variety of accommodation options in Gibraltar for all budgets, from the Holiday Inn Express which is easy walking distance from the airport, to the five-star Sunborn moored at Ocean Village marina, with its infinity pool, Barbary Restaurant and amazing view of The Rock. Additionally, The Rock Hotel, founded in 1932, boasts the best celebrity guest list in the south and is where John Lennon and Yoko Ono exchanged vows on 20th March 1969, whilst other hotels such as the central Eliott Hotel, the Caleta Hotel on the east side and the traditional Bristol Hotel are all good options.