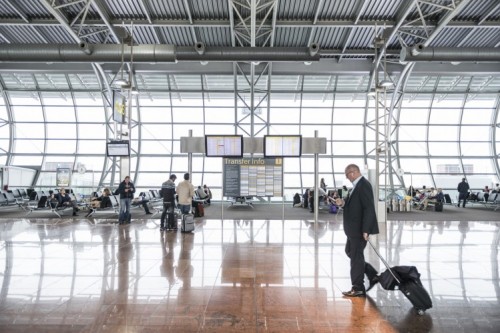 What is Flightradar24 and how does it work?

Commercial aviation has experienced a global reduction in capacity of 4% or 14.3 million seats due to cancellations, a recent analysis by travel consultancy firm ForwardKeys reveals. Several airports and airlines have been affected by a shortage of staff after thousands of employees were laid off during the pandemic. The challenges were amplified by the surge in the number of travelers. Many airlines were forced to reduce their number of flights.

ForwardKeys analyzed air traffic disruption by looking at recent cutbacks in capacity around the world. The study began with a comparison of the number of scheduled seats available in July and August, as of 30 May, with the situation six weeks later, on 11 July. The continent worst affected in relative terms is Asia Pacific, which has seen capacity cut by 10%, or 4.6 m seats, followed by Europe (the worst affected in absolute terms) with a capacity reduction of 5%, or 9 m seats. The Americas have lost 2%, 1 m seats. In Africa and the Middle East, capacity is almost unchanged.

A closer look at Europe reveals that scheduled intra-European seat capacity has seen a reduction of 5% across the continent, with the Netherlands and the UK experiencing the largest reductions, at 8% and 7% respectively. These are followed by Sweden at 7% and Germany at 6%.

An analysis of the major European destinations (those with a market share of 2% or greater) reveals that Amsterdam is the capital of air traffic disruption, having experienced a 11% drop in seat capacity for July and August. It is followed by London and Milan, down 8%, Frankfurt, down by 7%, Istanbul down by 6% and then by Copenhagen, Rome and Munich, all down by 5%.

ForwardKeys reports that legacy carriers have experienced slightly larger capacity reductions (-6%) than low-cost carriers (-5%), but it is a low-cost carrier, EasyJet, that tops the list in absolute terms for cancelled flights, with a reduction of 9%, equating to 1.4 m seats. British Airways has seen a 13% reduction in capacity, followed by SAS with 11% reductions. Eurowings is the next worst-affected airline, also with a 10% reduction, or 526 thousand seats. These are followed by KLM, Wizz and Lufthansa all with 7% reductions.

The data shows that a fall in consumer confidence, which began in the last week of May, has rapidly worsened, with last-minute bookings in the week running up to 10 July down by 44% compared with 2019 levels. Bookings from Amsterdam were down by 59% and from London by 41%.

The recent level of disruption to travelers’ schedules is illustrated by a jump in the ratio of partial cancellations and modifications to total bookings. From 30 May to 10 July, it has almost tripled from 13% before the pandemic (in 2019) to 36% this summer, demonstrating the severe impact of the air traffic disruption on consumer confidence.

The collapse in last minute bookings and the increase in cancellations and modifications is having a significant negative impact on the travel industry’s outlook for the summer. As of 30 May, total intra-European flight bookings for July and August were 17% behind 2019 levels. However, seven weeks later, on 11 July, they were 22% behind, a slowdown of 5 percentage points.