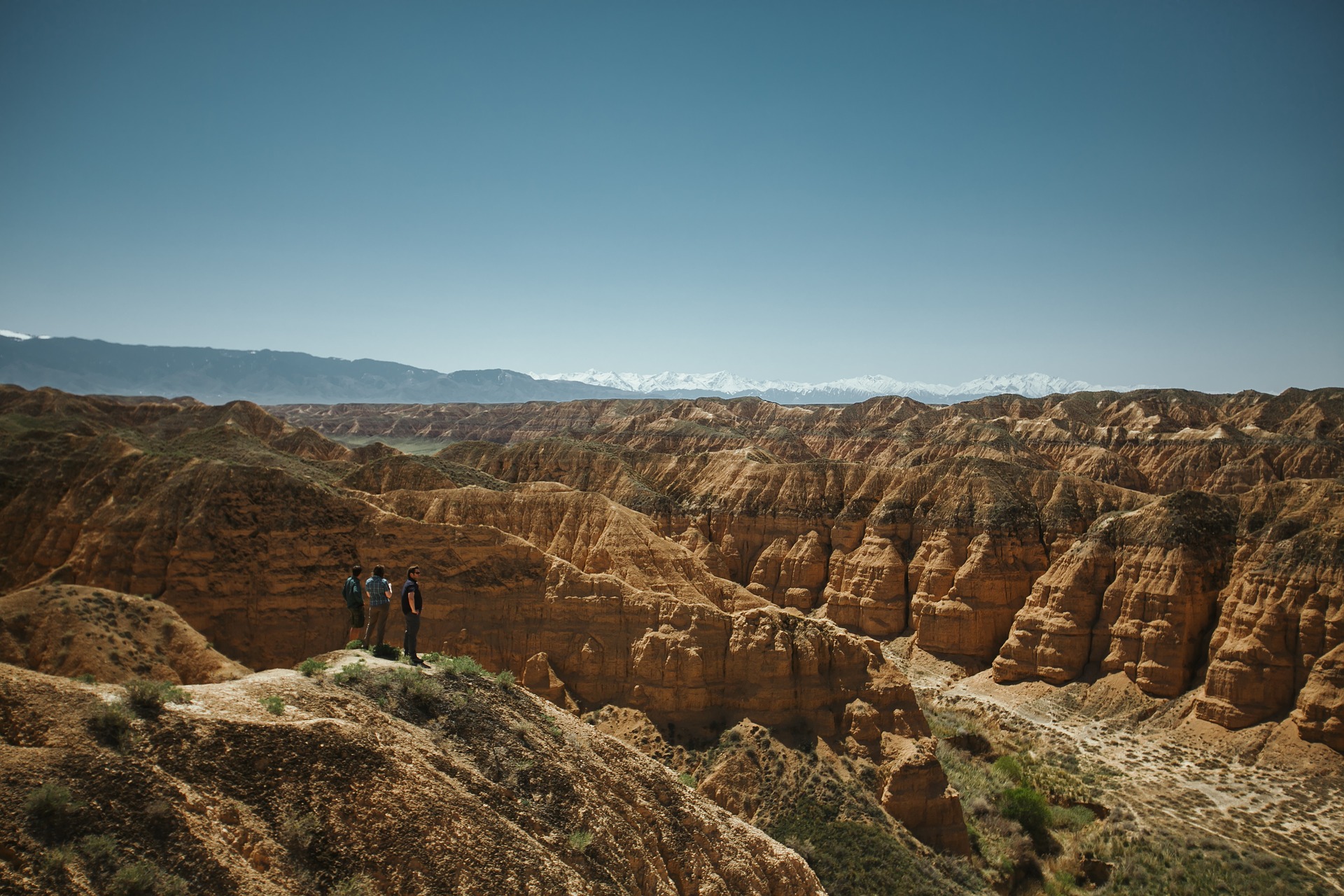 Time for change: flying is not the problem, dirty fuel is

WTTC reacts to the opening of UK’s ‘air corridors’

Kazakhstan is the biggest country in Central Asia. It stretches from the Caspian Sea in the West to the Altai Mountains, on the Eastern border with China and Russia. The ninth largest country in the world is the most economically advanced of the “stans”, thanks to its abundant reserves of oil and valuable minerals. This naturally means that the destination is generally endowed with better standards of accommodation, restaurants, and transport than anywhere else in Central Asia.

There is an increasing number of tourists in Kazakhstan and almost all of them report that they feel very safe in the country. The locals are mostly very welcoming and generous with the foreigners who visit their country. If you have plans to visit Kazakhstan but do not know where to start, we leave you here with a list of 10 places not to be missed on your visit.

The Sharyn Canyon – sometimes also spelled Charyn Canyon – is a 154km-long natural beauty which is part of the Charyn Canyon National Park. The Canyon stretches along the Charyn River, one of the deepest rivers of the Northern Tien Shan mountains. What makes this place so incredible are the distinctive red rocks, all of which with different shapes and color shades, ranging from red to yellow, to brown, to orange. The multicolored layers of sandstones are the result of a long process of erosion and sediment deposit favored by the river that once flowed there.

The Kolsay Lakes area is a scenic territory that comprises three lakes: Verkhneye, Mynzholki and Nizhneye. These three deep lakes are situated in the Northern Tien Shan, and in the eastern part of the Kungei Tau gorge, around 300 km from Almaty. The Kolsay Lakes area is one of the favorite places of mountain tourists thanks to the presence of many trekking, mountain biking, and horse riding paths.

Dating back to the 1000–900 BC in the Bronze Age, Almaty is one of the most ancient cities in Central Asia. Almaty has been the capital city of Kazakhstan until 1997, when the capital was moved to Nur-Sultan (former Astana). Almaty has a great historical value: between the 10th and 14th centuries, the city became one of the trade, craft and agricultural centers of the Silk Road.

The Ile-Alatau National Park, located right on Almaty’s doorstep in the Trans-Ile Alatau mountains, is a beautiful national park established in 1966. The park is home of approximately 300 wildlife species and includes breathtaking natural wonders, such as waterfalls, glaciers, and lakes. One curiosity: the National Park is home of the world’s largest open-air ice-skating rink Medeu (10,500 m2), situated around 1,681 m above sea level.

The Big Almaty Lake is a natural alpine reservoir located about 15 km away from Almaty in the Tien Shan mountains. The lake is at an altitude of 2,511 m. What attracts tourists to this spectacular place is the surreal turquoise color of the lake, surrounded by a lush vegetation and numerous wild species.

Issyk Lake is another picturesque alpine lake which was formed more than 8,000 years ago. It is located at an altitude of 1,760 m above sea level, in the Issyk gorge of Trans-Ili Alatau, about 70 km east of Almaty. The lake is immersed in thick forests and wildflower fields, which make the surrounding environment very different from the Big Almaty Lake.

Located around 260 km north of Almaty, the Altyn Emel National Park perfectly captures the essence of Kazakh wilderness. The National Park has become a popular safari and birdwatching destination thanks to its unique landscapes (forests, sand dunes, steppes etc.) and rare mammals that can be found there.

8. The sacred sanctuary of Tamgaly-Tas

The Tamgaly-Tas was is an outdoor sacred sanctuary where religious rituals were organized and where Buddhists came to pray and meditate. It is located about 170 km north-west from Almaty. Tamgaly-Tas can be literally translated as “written rocks”. Indeed, the sanctuary is named after a series of rocks that are carved and painted with Buddha and Bodhisattvas representations.

The Nomad’s Land is an abandoned movie set located in the Tamgaly Gorge, on the edge of the Ili river. The set was originally built in 2005 for the movie Nomad (which is the reason why it is called as it is), but it has been used for several more movies. The place is a replica of a historic town that in recent years has turned into a tourist destination.

Aksu-Zhabagly is Kazakhstan’s oldest national park. Situated near the city of Shymkent, this natural reserve is famous for its wild tulips fields that during spring transform it into a magic place. It’s also a very popular place for birdwatching, hiking, horse riding, and rock climbing.