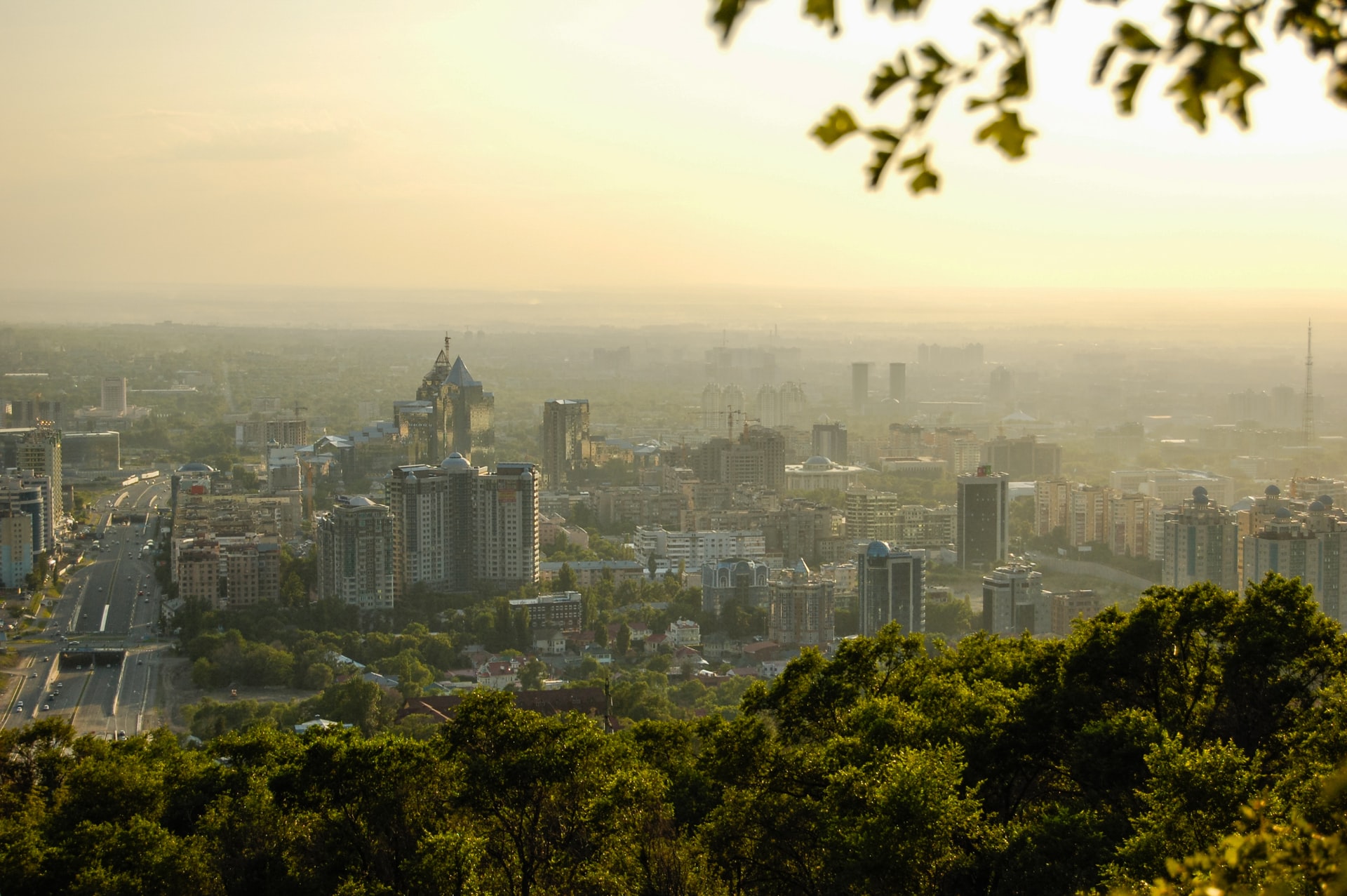 Belgium: Travelers with fake PCR tests face up to six months in jail

I look out the window this morning and see the tree in the neighbor’s backyard, the coffee is brewing behind me, and I can’t help wondering: is it already October? The leaves, with their chlorophyll fading away, seem to be giving me the answer. What’s happened with time? It’s strange how certain memories appear to have happened both yesterday and long time ago. That’s how time is sometimes recorded in our brains.

I pour myself some coffee and think back to the recent past, to some trips that have stayed in mind as if it were yesterday. Even if that yesterday has suddenly become three years. In 2018 I traveled to Kazakhstan for the first time in my life. This is how I remember it.

May, 2018. In the first hours of the morning the car drives out of the airport and the mountain chain appears to the left, a single body of giants lying in peace, their faces covered in snow, they seem to be staring at the clouds. It is 5:59 am and the streets are empty, a thin blanket of silence falling over me after six hours seated in the last row of a plane, the roar of its engine in my ear. Before the trip I had read about Almaty’s topography, of the beauty that can dazzle every visitor; I tip my head against the leather seat and look out the window. The car speeds up and I blink once, twice, my eyes feeling dry from the lack of sleep, yet I can’t stop looking at the horizon. Beyond the trees and green velveted hills, the Tian Shan mountains seem to be shooting out to the sky.

This is the first time I visit Kazakhstan, a trip I have been looking forward to since the invitation arrived. What will it be like, I wondered, the country that had seen the Sputnik being launched into space; the land where Dostoevsky had come to live as a solider in 1854 and drafted The Friend of the Family? I’ve come to Almaty to attend a conference, the XV Eurasian Media Forum, which will have a very tight schedule, but in these few days I want to take in as much of the city as possible.

At the Kazakhstan Hotel the taxi drops me off ―the ride costs about 6,000 Tenge (roughly 15 Euros)― and after a quick shower, a coffee and a pastry, I catch the shuttle to the conference center. Along the way I’m again astonished at how green Almaty is, with lines of trees everywhere, vegetation that breaks the pattern of office buildings and shops, patches of green that provide relief amid the grey urban decor; later I find out that through the city run several streams fed by the snow that melts in the mountains. The shuttle takes Satpaev Street, named after prominent geologist Kanysh Satpaev, and a few meters ahead I see an obelisk: Independence Monument, on the north side of Republic Square, and even from a distance I can see the replica of the Golden Man standing at the top of the obelisk. Uncovered in 1969 by a team of archaeologists, the Golden Man is believed to have been an 18-year old Saka prince, and since 1991 it has become a symbol of post-independence Kazakhstan. His feet rest on the back of a winged snow leopard and a tall, golden headdress elongates his figure. Behind the obelisk one can find a long screen with different bronze panels. Worth noting is the bas-relief of President Nazarbaev, his hand resting on the constitution, the instant in which his country achieved independence captured for eternity.

At the end of the first day of the Eurasian Media Forum, I stand outside the Ritz Carlton hotel next to a smoker who speaks on the phone, his tie slightly unknotted. Some clouds drift away and a few meters across from the hotel, on a hill in the Gorniy Gigant district, afternoon sunlight bathes the ramps of the Sunkar ski-jump complex. With their wavy shapes, half-way suspended in the air, they seem like carpets being rolled down from the sky.

After a quick change of clothes, I go out to explore the city. A few meters south of my hotel I encounter the statue of Abay Kunanbayev, the great nineteenth century poet and author of The Book of Words, who extolled the Kazakh traditions in his writings with fine depictions of the folklore and life of the steppes, which revealed the immense pride he had in his roots.

I walk on Kabanbai Batyr Street, one of the main shopping streets in the area, until I reach the State Academic Theatre of Opera and Ballet, or Gatob, as it is known by most people in Almaty. Built in 1934, the theater is painted in light yellow and its facade is of a neoclassical style with white columns leading up to a golden frieze with sculpted images of dancers and singers. Across from the theater runs Panfilov Promenade, a pedestrian street named after General Ivan Panfilov, who along with 28 of his men, died heroically defending Moscow during a battle in November, 1941. The soldiers were part of the 316th Rifle Division, a unit formed by General Panfilov in Almaty.

Further down Panfilov Promenade, I open my map and try to find my way to the statue of Chokan Valikhanov, 19th century Kazakh traveller and scientist, a respected scholar who Dostoevsky had befriended in Omsk, and later frequented while living in Semipalatinsk. I hear some voices approaching and when I look up, a woman holding the hand of a young girl is looking at me, a smile on her face. “Need help?” she asks, and I nod, tell her where I want to go. “Take the metro. Much faster. Come. I show you.” The next thing I know I’m following her. She asks me where I come from, what I’m doing here, how do I like Kazakhstan. “Almaty is stunning,” I say. “I wish I had time to see more of the country.” At the metro entrance she tells me how much a ticket costs ―80 Tenge (about 20 Euro cents)― then she and her daughter wave at me. “Visit big Almaty Lake. Very beautiful.” I thank her and wave back at them.

I get off at Abay station and walk a couple of blocks east, then turn left on Pushkin Street until I reach the corner of Shevchenko Street. Darkness has fallen and the air feels cool in my face; it’s almost 10 pm. Across from the impressive Academy of Sciences building, I see the figure of Valikhanov standing on a red marble pedestal, a hand below his chin. With one knee slightly bent, he seems to be deep in thought, the silent gait of eternal reflection. In the gardens around the Academy of Sciences building I find an empty bench next to a fountain where jets of water draw transparent arches in the air. A thin spray falls from time to time on my forehead, my cheeks. The trip is short, packed with activities, there won’t be enough time to see all the things I’d like to see. I hear the constant splash and close my eyes, wonder when I will come back to Almaty.