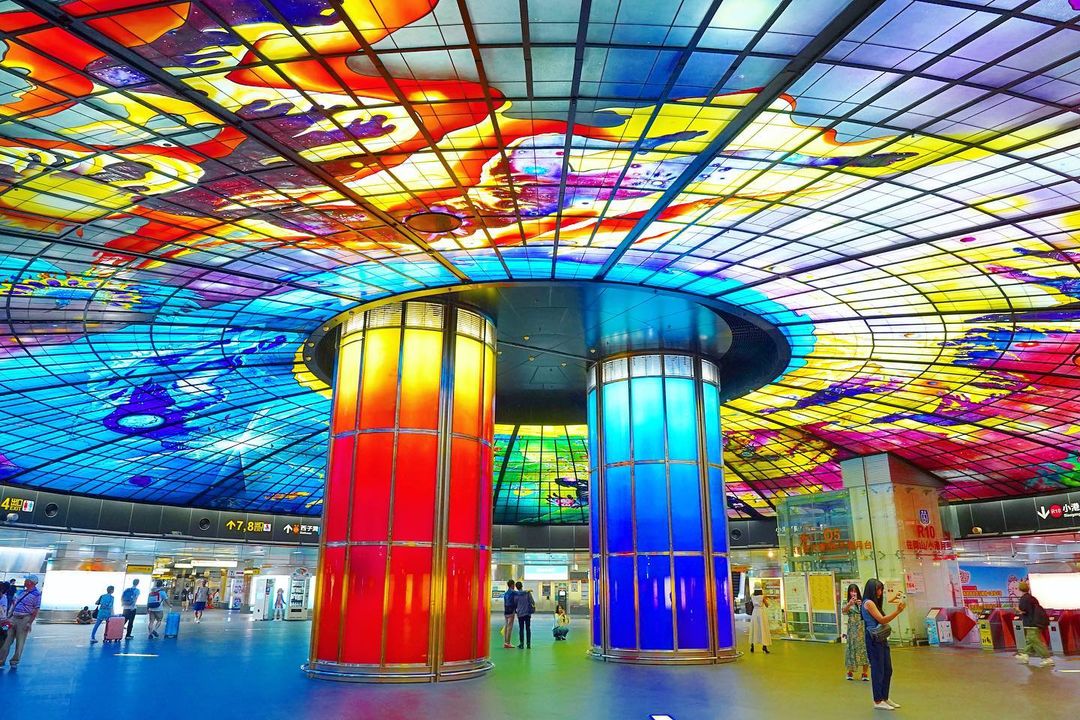 Most cities in the world have their own public transport network, from buses to trains, trams to the underground. Also known as MRT, subway, tube and metro, some cities try to make their Metro as pleasant to be in as possible, giving opportunities to artists to design their interiors and create beautiful masterpieces out of the metro stations. In these places, a trip to a metro station can be like going to an art museum, and some of them are really amazing! Here I choose ten of the best from all around the world, some of which are becoming so iconic that they are now even a symbol of a city.

When in Stockholm, Sweden, there are a lot of metro lines to take. Some are decorated and worth taking a look, but the most famous one which you must visit is “Rådhuset station” on the blue line. Certainly a unique place!

Russia has its own special way of designing its metro stations. The Central Circle Line has 31 stations and every station has a different design and ornament, the most popular being St. Petersburg metro and Avtozavodskaya Station, designed by architect Alexey Dushkin.

Located in Bucharest, Romania, Politehnica is one of three stations located near the Universitatea Politehnica Bucureşti campus. The floor is built in black granite and marble, with white walls and a white ceiling supported by two rows of thick, round white marble-clad columns. At night the station looks especially wonderful with all the lights, the perfect place to take a great picture.

One of the most beautiful metro stations in Asia is Formosa Boulevard in Sinsing District, Kaohsiung. Named after the Formosa Boulevard project, a remodelling of Kaohsiung’s Jhongshan Road in preparation for the 2009 World Games, the station is known for its Dome of Light, the largest glass work in the world. It was designed by Italian artist Narcissus Quagliata.

This metro station in Sydney, Australia is known for its beautiful and unusual sculpture ‘Interloop’, by artist Chris Fox. The station was opened on 28th February 1932 to coincide with the opening of the Sydney Harbour Bridge and the sculpture is definitely and attraction in itself.

The Museum is a metro station on Line 1 Yonge–University in Toronto, Canada. The columns on the platform portray Chinese, Egyptian, Inuit, and Mexican themes and are really impressive pieces of art. If you are visiting this are of Canada be sure to visit this place.

Toledo is a station on Line 1 of the Naples metro, named after nearby Via Toledo. The ceiling in the station is painted with a psychedelic swirl of violet and blue and the place is also known as ‘Arts Station’. metro Toledo won the 2013 LEAF Award as “Public building of the year”.

When visiting Brussels, Belgium, be sure to take a look at Pannenhuis metro. Located along metro line 6 towards the iconic Atomium sculpture, one of the landmarks of the city, this funky metro station is worth a stop. Take a moment to snap some photos and admire the unique architecture at the entrance of the station.

Olaias metro station is located on Rua de Olivença in the northeast of central Lisbon. The interior of this station is wonderful, with colorful ornaments and painting across the walls and columns. The architect of of this rainbow creation is Tomás Taveira.

Nowy Świat-Uniwersytet is a station on the central part of Line M2 of the Warsaw metro.The Interior detail and murals were designed by Wojciech Fangor, and the main platform is just beautiful with a purple ambient.