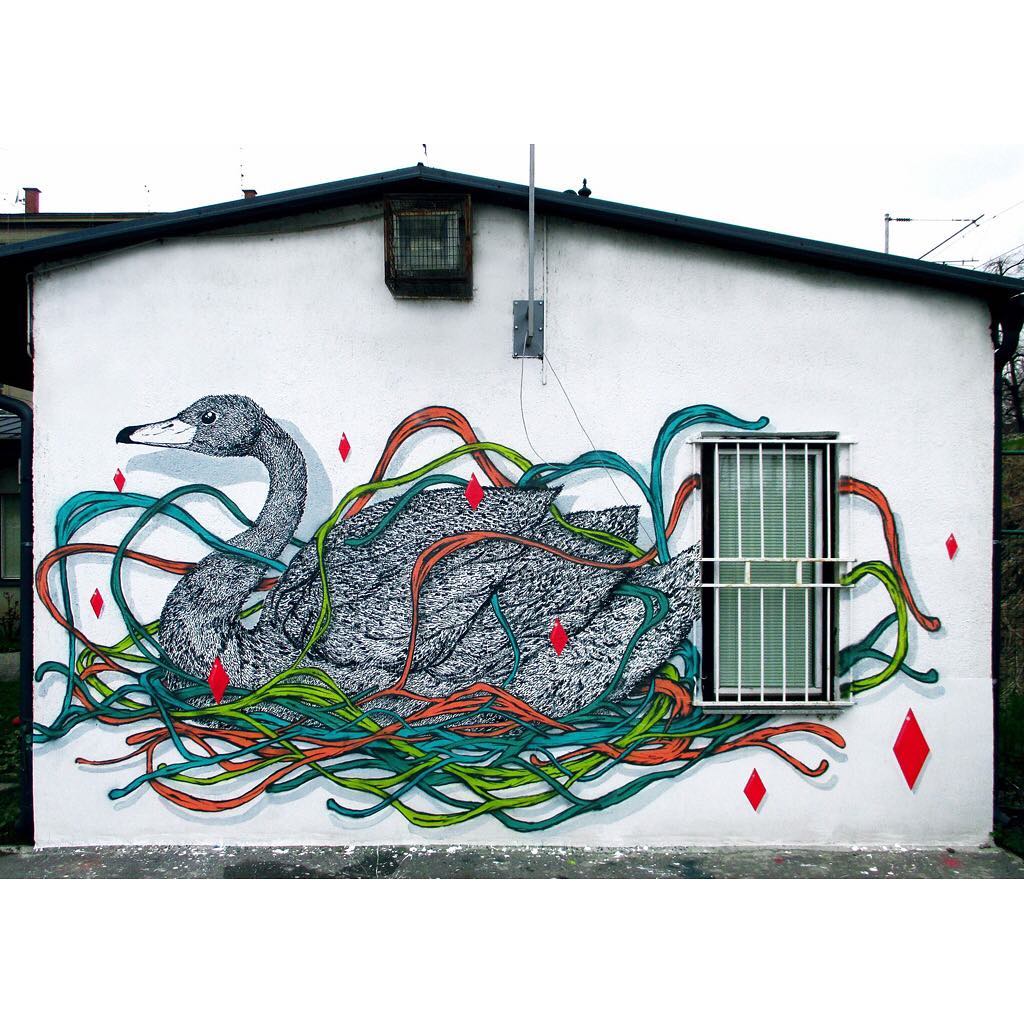 Germany repeals ban on travellers from UK, Portugal and others

In the last couple of years Zagreb has slowly but certainly started to become one of the must-visit destinations in Europe. Beautiful city architecture, rich history, many bars and restaurants and a bustling cultural scene are definitely a good reason to visit. The Croatian capital has become a hub of artists and thinkers, with a booming start-up scene and a flare for always trying something new and innovative.

The flourishing urban culture is also supported by the street artists, creating artworks in the streets, turning the public space into an artistic playground. In recent years, what initially started with a handful street art enthusiasts has resulted as a true movement, with many street art festivals now being organized, connecting the artists from Croatia and all around the world. Here are a few street art examples just to give you a taste – we are sure you will enjoy discovering the many others.

You can’t discover street art in Zagreb without visiting the wall in the Branimirova street – many Croatian artists contributed to the creation of this wall with different topics capturing the attention – from creation of the imaginary beings to political and social statements.

Well known in the artistic world, graffiti artist Lonac whose many works decorate some of the most famous walls in Zagreb always manages to surprise and exceed the already big expectations. Probably his most famous mural and the one that won all of the people’s hearts is – the heart mural. While painting the mural, the artist took pictures of the six phases of work to create a gif that simulated a beating heart. The use of the existing pipework on the wall to act as blood vessels just adds to the impressive artwork – just brilliant!

One of the prominent street artists, Marina Mesar known as OKO, always thrills the viewer with her distinctive style. Besides enriching Zagreb with her work, the renowned artist has created murals all over the world. The Ugly Duckling was produced on the wall of the Student Center in Zagreb, a place of rich and somewhat complex history that can be felt through the artwork itself.

A mural Blue Whale by the French artist Etien found its home in the Upper part of the city known as Gradec. The French artist known for his anamorphic artworks created this amazing piece as a part of the Rendez-vous festival. The mural was listed in 2015 as one of the top ten murals in the world. The blue of the whale and ocean combined with the blue skies over Zagreb just gives an overall impression of grandness and beauty of the world.

One of the most interesting street art projects is for sure the Little Zagreb project, a series of miniature installations in the center of Zagreb hidden in unexpected places. The author of the project, artist, director and producer, Filip Filković Philatz came to the idea by constantly looking at the corners of the buildings, sidewalks and other parts of the street that are usually disregarded and don’t draw attention of the passers-by. The installations are miniature compositions of the city facades as Zagreb once was, reflecting the life in the city – libraries, shops and buildings all in miniature proportions – ideal when discovering Zagreb on foot.

Another very interesting project has a very fun name that describes the essence of it – Pimp my Pump is a street art project that gives a new life to old water pumps. Constructed in the 19th century for the public and households to have access to the water, the pumps are scattered around Zagreb in different neighborhoods which makes it even more fun to look for them. And just so you know – some of the pumps are still working providing drinking water so you can refresh after your art hunt.

And while there are many more artists that contribute to the incredible world of the street art in Zagreb we can’t list all of the wonderful works that can be found as the city has really become an open museum. The only thing left to do is for you to enjoy discovering them!