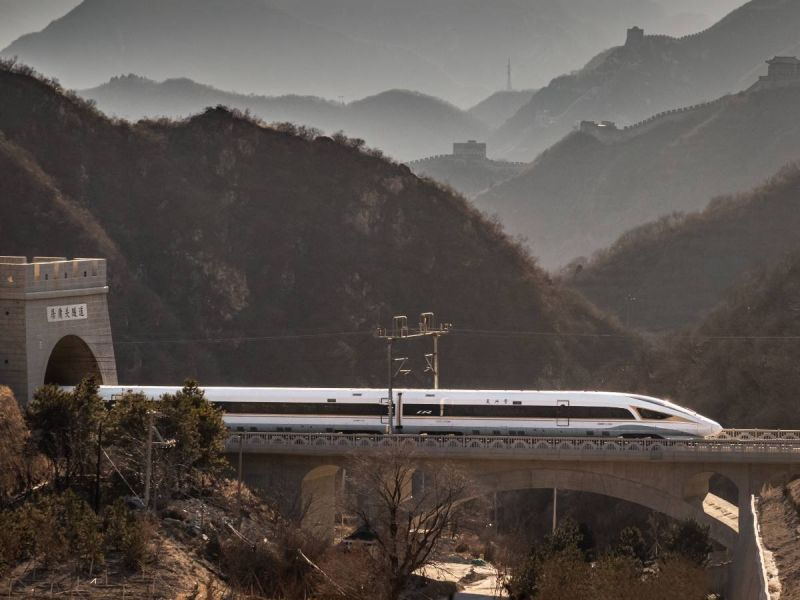 Is Santarém the capital of Portuguese Gothic?

With the Beijing 2022 Winter Olympics in sight, China has just unveiled the “world’s fastest bullet train”. It connects the cities of Beijing and Zhangjiakou. The bullet train is automated and does not need a human driver. It can reach a maximum speed of 349 kilometers per hour.

The line, which is called the Jingzhang Intercity Railway, will cover 10 stations, including Badaling Changcheng, which provides access to the Great Wall of China. According to CNN, the railway line and its accompanying station were built deep undergroundTo protect the iconic monument from structural damage. The three-story structure is buried 102 meters (335 feet) below ground and covering an area of more than 36,000 square meters. It is said to be the world’s deepest and largest underground high-speed railway station.

In the past, the trip used to take three hours, and even this was a significant reduction from the eight-hour mobility time for the same route in 1909, according to The Guardian. Now, in less than an hour, the train can go from Beijing to Zhangjiakou, where most of the skiing events will be held.

According to China’s state media, engineers used an electronic detonator to precisely time the explosives down to the millisecond. It was the first time the technology was used in China, and allowed workers to maintain a vibration velocity of below 0.2 centimeters per second.

Autonomous trains will depart from and arrive at stations according to a schedule. Although it is anticipated that an attendant will also always be on board to monitor any problems that may arise during the journey.

The entire project took four years to complete and, the trains have additional storage space for athletes to carry their sports equipment. The dining car can also function as a mobile media center for journalists to cover events. The trains are also “smart,” offering 5G Internet, LED lighting and touchscreen control panels, as well as wireless charging docks.

The 2022 Winter Games in Beijing will provide many benefits for China and really have no downside for the country. For China’s leader, Xi Jinping, the most important outcome of the Games will probably be their impact on his domestic audience, as Chinese media coverage of the Games will be very nationalistic and laudatory, with the aim of impressing the Chinese people.

In 2008, impressive opening ceremonies that included 5,000 syncopated dancers telling a stylized story from 5,000 years of Chinese history wowed international audiences. The country has since invested heavily in preparing increasingly competitive teams for these Games. The success of Chinese athletes at the Games will enhance China’s reputation and thus the sense of pride of Chinese citizens.

The new train line also connects to Zhangjiakou in Hebei and Yanqing in northwest Beijing, where the main events of the Games will be held.