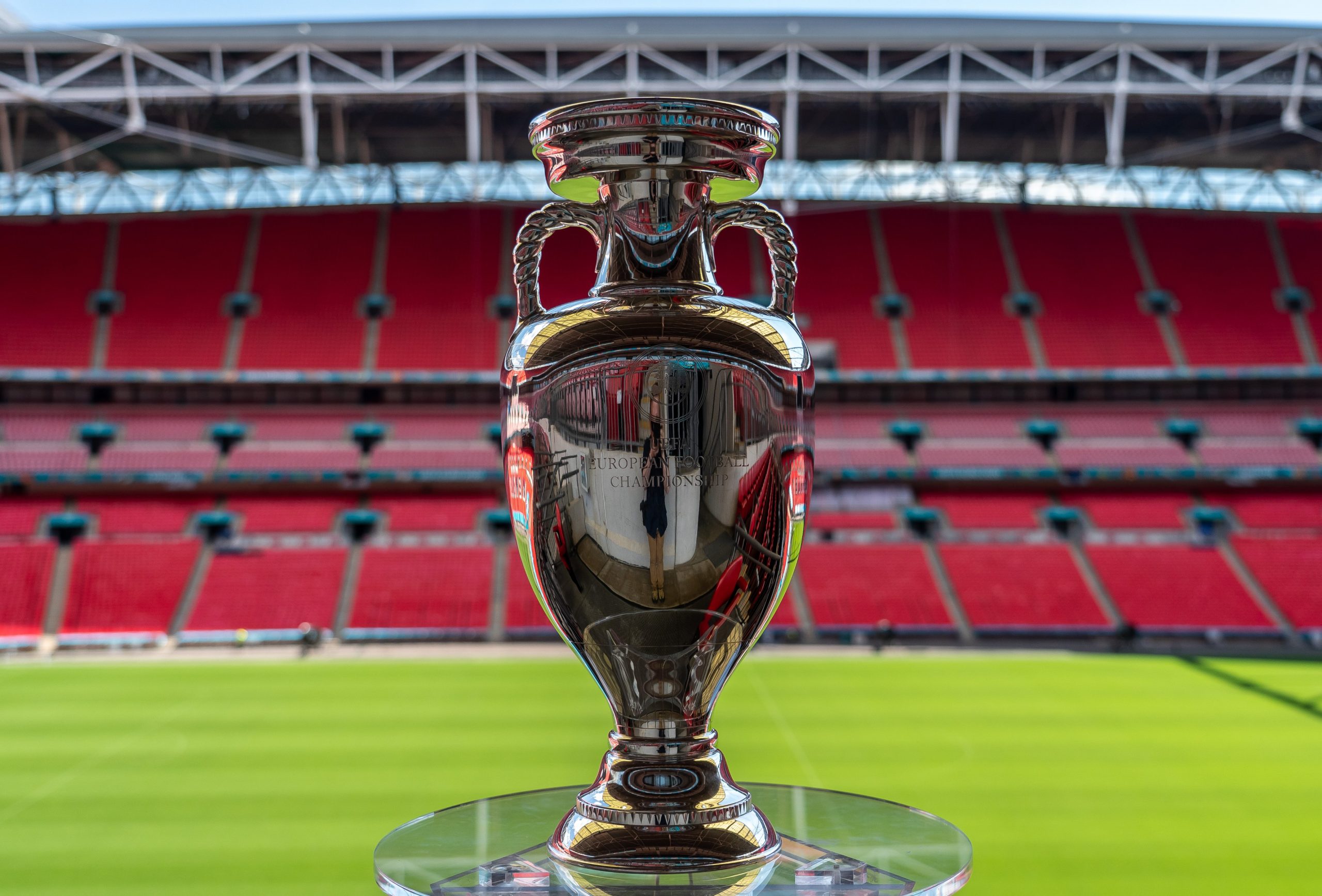 After being postponed due to the Covid-19 pandemic, the men’s 2020 UEFA European Football Championship has arrived and will be held in 11 cities across 11 UEFA countries. Let’s take a look at the Euro 2020 destinations and what they have to offer.

Known as the world’s cycling capital, 60% of journeys in Amsterdam’s city centre are made by bike and there are more bicycles than residents. A popular tourist attraction, Amsterdam receives about 17 million visitors annually and the vibrant city offers culture and beauty, notably its many canals joined by 1,500 quaint bridges and plenty of green spaces to relax in after a day sightseeing. The city’s stadium, which opened in 1996, was the first in Europe to have a sliding roof and was renamed Johan Cruijff Arena in 2018 to honour Ajax’s former Amsterdam born player and coach who passed away in March 2016.

Baku, the capital city of Azerbaijan, is the world’s lowest-lying capital at 28m below sea level and is known locally as ‘City of Winds’. Although it is full of very modern architecture, you can get a feel for what it was like before the oil trade, which began in the 19th century, by visiting the walled old town, UNESCO World Heritage site Icheri Sheher. Baku Olympic Stadium, home of the Azerbaijan national team, held the 2019 UEFA Europa League final in which Chelsea beat London rivals Arsenal.

The Hungarian capital is a popular tourist spot, famed for its 80 geothermal springs and the world’s largest thermal water cave system. The city’s newest stadium, Puskás Arena is named after its most famous footballing export, former national team captain Ferenc Puskás, and is home to the Hungarian national team. Its predecessor, the Népstadion (People’s Stadium) witnessed England’s heaviest international defeat, 7-1 to Hungary on 23 May 1954.

Another bike friendly capital, more than half of Copenhagen’s residents cycle every day. The city offers plenty to see, including the famous Tivoli Gardens amusement park, founded in 1843, which features exotic architecture, historical buildings, lush gardens and nostalgic rides, and was a favourite of Hans Christian Andersen. Parken Stadium seats just over 38,000 fans and is the largest football venue in Denmark. Home to FC Copenhagen as well as the senior men’s national side, it staged the 1994 European Cup Winners’ Cup final and the UEFA Cup final six years later, both involving Arsenal.

Scotland’s largest city and the third biggest in the UK, Glasgow staged the first ever international football game: Scotland 0-0 England, 1872. Although not a capital, the grand city has plenty of architecture and culture to enjoy and is home to Hampden Park. This was the world’s biggest stadium from 1908–50 and held a crowd of 149,415 for a 1937 Scotland v England match. City giants Celtic and Rangers have their own stadiums, while Hampden Park is home to the Scottish national team and amateur side Queens Park.

England’s capital is the world’s most-visited city, receiving an estimated 31.2 million tourists each year. The city of nearly 9 million people is the only venue to have hosted the Olympics three times, in 1908, 1948 and 2012. Options for sightseers in London are endless, so be sure to plan ahead. Wembley Stadium is the UK’s largest stadium, having welcomed over 21 million visitors since reopening in 2007, and home to the English Football Association. The old ‘Empire Stadium’ officially opened in 1924 and was famous for its twin towers, whilst the new ground’s visual feature is a gigantic arch.

Known for its world-famous orchestras and museums, the German capital is home to Bayern München. Their stadium, the Football Arena Munich, was completed in April 2005 in time to stage games at the 2006 FIFA World Cup. It seats 70,000 fans for international games, and on a clear night can be seen from the Austrian Alps. The old Olympiapark which hosted the 1972 Olympics is worth a visit too.

Known as the Caput Mundi (capital of the world) and the Eternal City, Rome is home to some of the world’s most-visited tourist destinations. The Olimpico stadium is Shared by Roma and Lazio and has undergone several makeovers since officially opening in 1953. It has staged four European Cup finals, the 1960 Olympics and the finals of EURO 1968 and the 1990 World Cup, as well as various Italy matches.

Russia’s second-most populous city after Moscow, St Petersburg is known as the Venice of the North because of its network of elegant canals and 342 bridges, and is celebrated for its ‘White Nights’, long summer evenings when the sun never fully sets. Saint Petersburg Stadium has been home to Zenit since April 2017 and held seven fixtures at the 2018 World Cup. It was designed by Japanese architect Kisho Kurokawa, whose vision was for a spaceship that had landed on the shores of the Gulf of Finland.

Seville is the capital of the Andalusia region and the fourth largest city in Spain. Famous for its Giralda tower and Alcazar Palace, the city is also home to two famous football clubs, six-time UEFA Cup and UEFA Europa League winners Sevilla play at the Estadio Ramón Sánchez Pizjuán, while rivals Real Betis play at the Estadio Benito Villamarín. Built to stage the 1999 World Championships in Athletics, the Stadium La Cartuja Sevilla is currently the host venue for the Copa del Rey final.