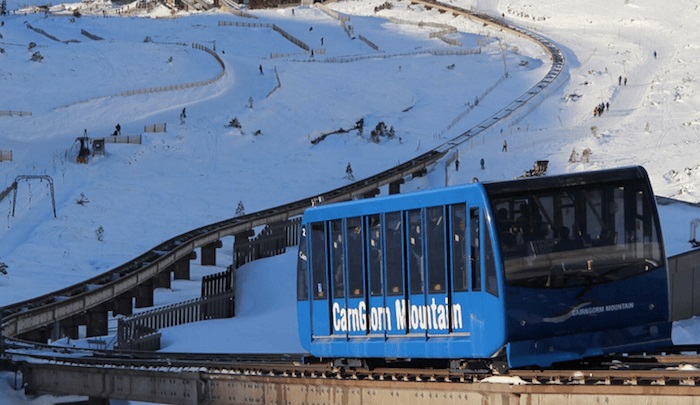 Brussels wants to bring back the former ‘grandeur’ of central avenues

The UK‘s highest railway is expected to return to service early in 2023, almost five years after structural problems shut it down. The funicular railway at Cairngorm Mountain had to be closed in 2018 but the Scottish government has since invested £16 million to repair it, the BBC reports. The railway is owned by the public body Highlands and Islands Enterprise (HIE).

A hugely complex program of civil engineering works to strengthen the 2km viaduct began in November 2020 and is due to conclude at the end of 2022, according to HIE. A new funicular control system will also be installed, and this will be followed by a period of testing and certification.

Reopening in 2023 is dependent on successful tests on the railway and the Department for Transport issuing safety certification. A﻿n HIE spokeswoman said: “While we can’t prejudge their decision, we are hopeful that this can be achieved in time for the funicular to be relaunched early in 2023, during the snow sports season.”

Reinstating the funicular is the major element in a program of investment to make Cairngorm Mountain a successful year-round attraction, generating significant economic benefits for the local area and Scotland’s tourism sector.

According to the BBC, HIE had hoped the funicular would be available early in 2022. The pandemic, a shortage of materials, and blizzards have caused delays, the company announced. Repairs to the railway started in April 2021.

Cairngorm is a place of unique natural beauty, a wild mountain environment that is home to many examples of flora and fauna. As a mountain resort, it is also a driver of the economy of Strathspey and Badenoch, at the heart of the Cairngorms National Park. In public ownership through HIE, Cairngorm estate has potential to grow and sustain its reputation as one of Scotland’s most important tourist destinations, attracting thousands of visitors every year and playing a key role in the country’s mountain resort sector.

HIE has restated its commitment to protecting and enhancing Cairngorms wonderful natural environment. They are working to optimize the mountain’s positive impact on the local economy by helping to build a sustainable resort business that caters to thousands of visitors every year.

The 3,500-acre estate (1,418 hectares) includes footpaths and trails offering access to wild areas that provide habitat for rare mountain flora and fauna, in addition to the well-known snow sports center and funicular railway.

HIE has prepared the Cairngorm Estate Masterplan following widespread consultation and public engagement. The outcome is an overarching vision for the estate as, “A world-class mountain environment where nature thrives and people of all ages and abilities enjoy access to outdoor sport, recreation and education opportunities in every season of the year.”

Aiming to unlock Cairngorm’s full potential as an environmental and economic asset for the area, the masterplan will act as a framework to shape future plans on themes including ecology, sustainable transport, mountain biking, electrification, facilities development and more.