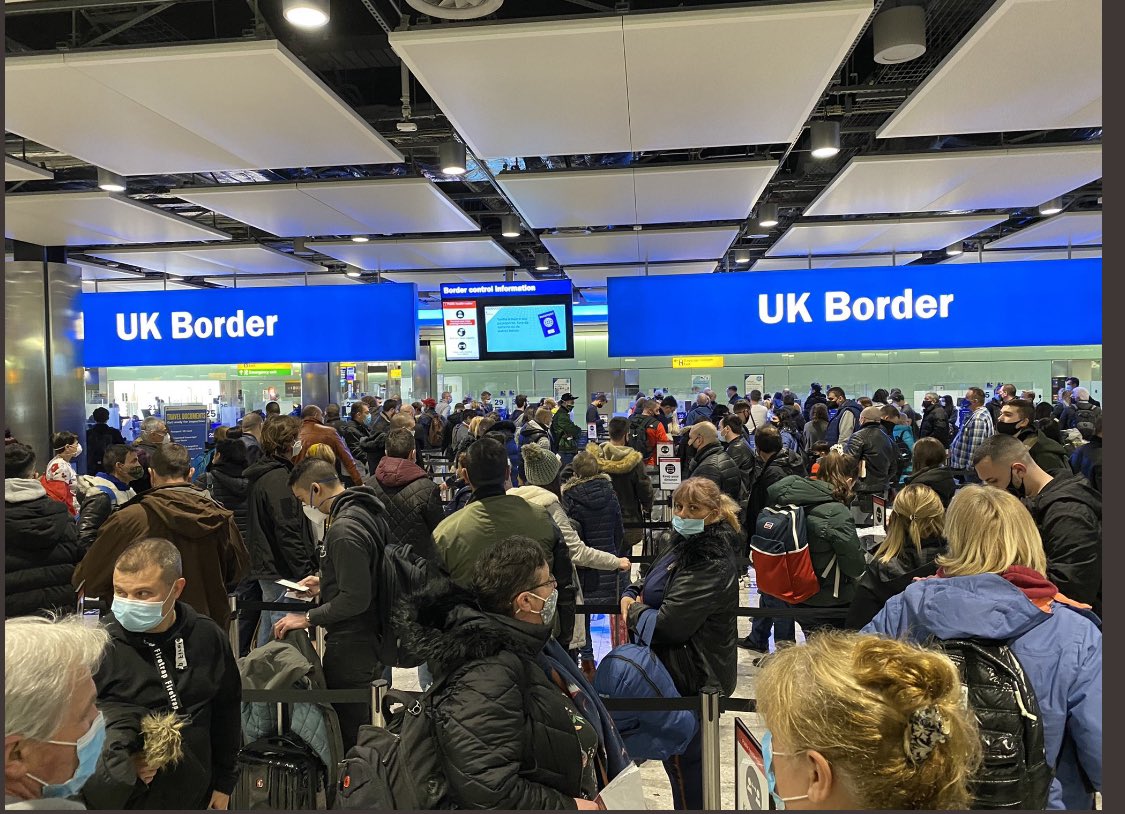 Germany to legalize cannabis for recreational use

UK Border Force officers are threatening to strike over the Christmas holiday period, with the promise of travel chaos and disruption.

Up to 3,500 staff who are represented by the Union for Borders, Immigration, and Custom (ISU) will take part in a ballot over potential strike action in the coming week, Euronews reported. If more than 50% of the members vote, and more than 40% of the membership votes in favour, the strike will go ahead. The strike is set to focus on ‘border ports,’ the ISU indicated, which could impact the importation of Christmas parcels and food.The ballot is due to close on 31 October.

You deserve so much better. You deserve a fair cost-of-living pay rise.

ISU members are demanding an 8% pay rise, citing ea rising cost of life with inflation hitting double digits at 10.6%. They have rejected the Home Office’s offer of a 3% salary hike, an offer that ISU General Secretary Mark Gribbin described as an “appalling” real-terms pay cut. “[The offer] disrespects the importance of your work. You deserve so much better. You deserve a fair cost-of-living pay rise,” said Gribbin in a message to the members.

ISU staff works in all 140 ports and airports across the UK. Larger airports like Heathrow, Gatwick, and Manchester — which endured severe disruptions over the Summer — are likely to be worst impacted. An airport spokesperson said Heathrow has a “huge logistical challenge” ahead, having to recruit and train up to 25,000 security-cleared staff before Christmas. “We are supporting, including establishing a recruitment taskforce to help fill vacancies, working closely with the government on a review of airline ground handling and appointing a senior operational executive to invest in joint working,” the spokesperson said.

Despite the high probability of an actual strike, the Home Office, which has been appointed a new Secretary on Tuesday, Suella Braverman, has downplayed the threat of disruption. “We work closely with all UK ports and airports to ensure passengers and goods can cross the border as smoothly as possible, and will do so in the event of any industrial action,” a spokesperson said. “Government have robust plans in place to deploy officers flexibly to support the flow of passengers and goods at the UK border.”