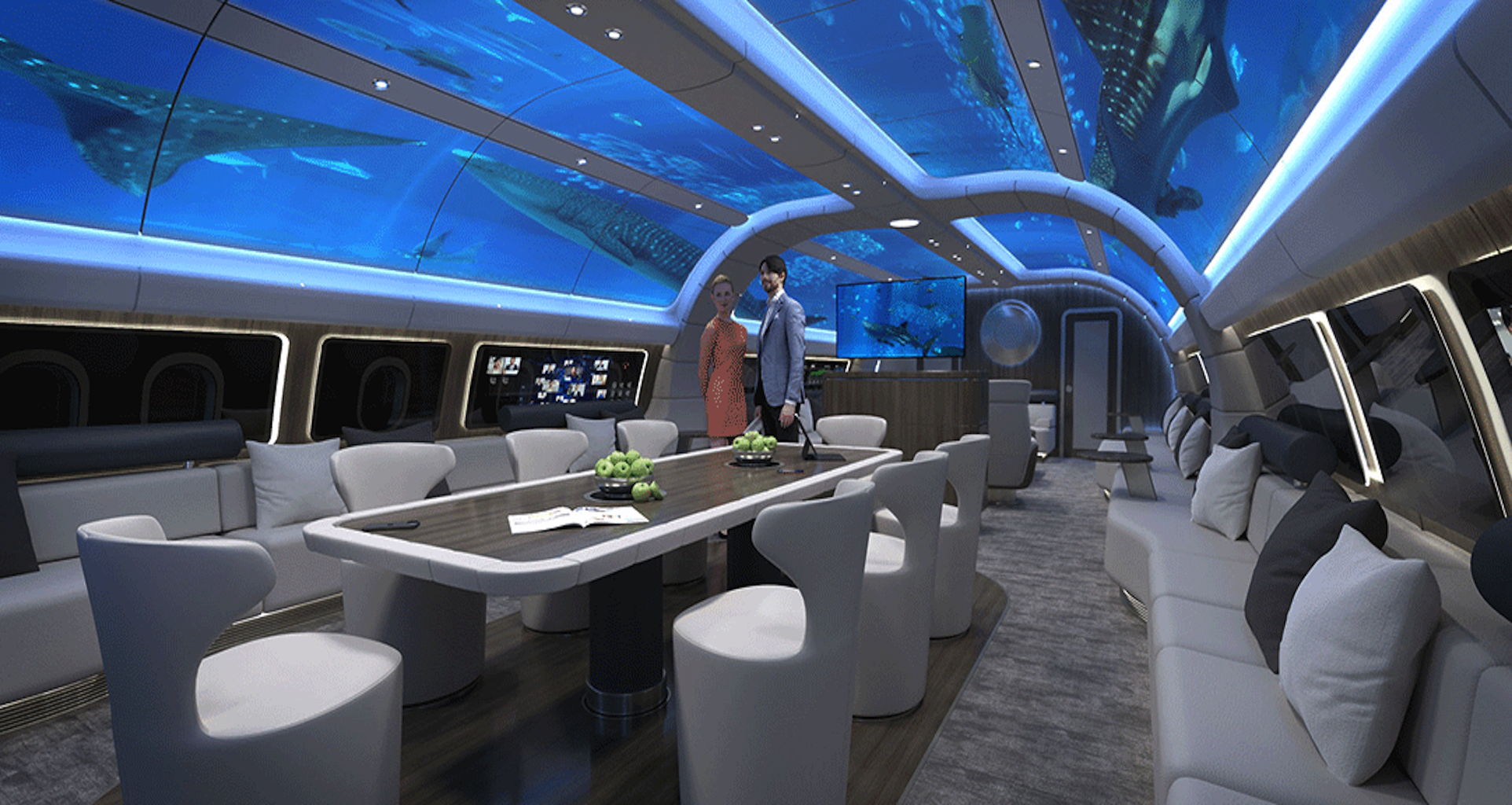 Lufthansa has presented the Explorer, a new pioneering cabin design for long-haul aircraft. 383 million euros is the amount the company estimates it will need to transform an Airbus A330 into a transport of absolute luxury. It is still a concept, but the German company guarantees that it is ready to receive orders for its construction.

The Explorer was shown for the first time in September during the Monaco Yacht Show, an international specialty meeting. It bears the signature of Lufthansa Technik, a subsidiary of the German airline and the company responsible for aircraft maintenance and repair.

We analyzed the typical elements of the Explorer boat class in order to transfer the design idea behind it from the water to the air, and thus into a new cabin design

What does over 300 million pay for? The construction of a disco, for example, huge glass windows, and even a room with a balcony, which can only be opened and used when the plane is on the ground.

The social area of the plane uses a projection system on the walls of the plane, so that it can simulate the day and night sky, as well as any other views that will alleviate the feeling of enclosure inside the aircraft. The A330 will also feature private luxury rooms for passenger use. There is also room for a gym and spa area. If passengers are even more demanding, they can even transport their own cars in the hold of the plane. Nothing is off limits.

We created a unique interior to exploit the full potential of the projection system for private jets. The overall look of a VIP cabin can be changed by a fingertip

They call it Explorer precisely because of its multi-function capability, something the creators admit to having stolen from the yachting world. In yacht building, multifunction Explorer ships exist in a class all their own. And many of the owners of those yachts can now have such a plane.

For maximum comfort these ideas are designed for 8 to 12 passengers and explicitly focus on meeting the requirements of the best Explorer experience passengers can have. There are also have other floor plan options available which can be adapted to any other needs i.e. for a higher number of passengers to use this aircraft as a feeder for explorer-cruise ships. However, sleeping quarters would have to be reduced.

The company chose the Airbus Corporate Jet ACJ330 as the platform. As a classic wide body aircraft, it offers sufficient space for a large number of new cabin ideas. However, this layout can also be easily transferred into any other wide body aircraft like an Airbus A350, the Boeing 787 or 777.