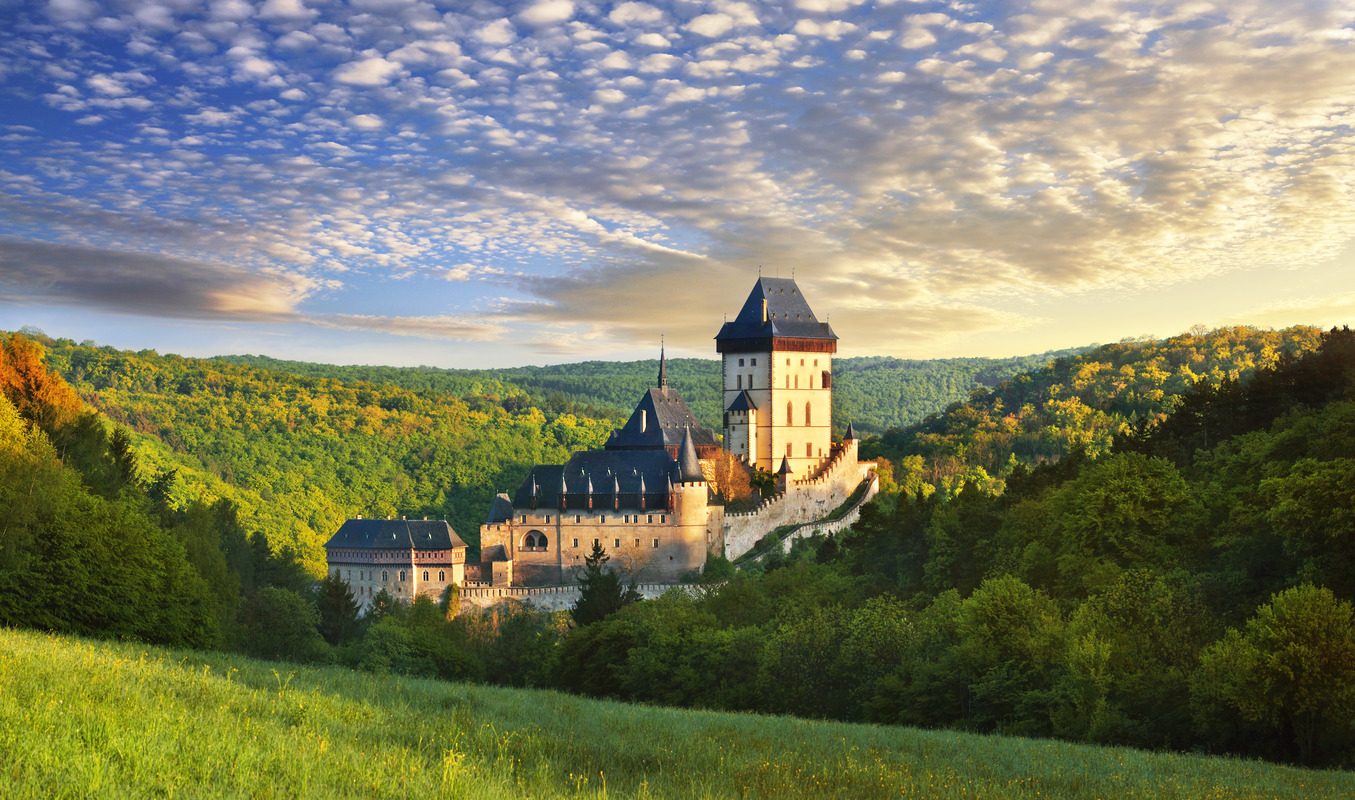 The 10 most beautiful castles of the Czech Republic

8 tempting chocolate museums around the world

10 paintings to escape with this summer

Impregnable fortresses, defiant forts, fairy-tale chateaux and whimsical summer palaces in expansive landscaped parks. The Czech Republic can easily be called “Land of Castles and Chateaus”. There are almost 3000 of them! They are situated on stunning locations; on rocks, wooded slopes and above meandering rivers. Be sure to visit one (or more) of those beautiful historical residents.

The most visited castle in the Czech Republic is Karlštejn Castle and is just a half hour drive from Prague. Karlštejn Castle is located on a wooded hill in the nature reserve Český kras. It was built in the 14th century for the Czech king and Roman emperor Charles IV as a place to store the royal treasures, collections of holy relics and the crown jewels. According to one legend, Karlštejn Castle was intended only for the secular and spiritual needs of King Charles IV, so women were forbidden from entering.

The Lednice-Valtice Cultural Landscape, which has been included in the UNESCO list, is known as the Garden of Europe. The park has been created here over the centuries, full of rare tree species, romantic little buildings, fishponds, small romantic building and includes two chateaus. Lednice Castle is the jewel of the complex and is also one of the most beautiful castles of English Neo-Gothic in Europe. A tour of the opulent rooms reveals beautiful furnishings, a unique wooden staircase and precious paintings. Take your time to visit, because there is plenty to see in the garden as well, such as a French greenhouse with palm trees and a minaret of 60 m high.

Bouzov is a wonderful medieval castle in Moravia near the city Olomouc. It was built in the 13th century and had an extensive reconstruction in the late 19th century when it was transformed into a romantic mansion with drawbridge, battlements, oriel windows and loopholes. Due to its idyllic appearance, a number of movies were filmed on its premises, such as Czech fairy tales and the Netflix series ‘The letter for the King’.

In the north of Bohemia on the picturesque square of Nové Město nad Metují you can find an interesting castle with garden. At the beginning of the 20th century the devastated Baroque chateau was rebuilt with technical amenities, such as central heating, electric power, telephone, and dining and personal lifts. In the garden there is a beautiful bridge made by the architect Dušan Jurkovič, who also designed the romantic folklore buildings in Pustevny in Moravia. In the garden you can also find several statues of dwarves, which are really caricatures of the lord and servants.

Notice the entrance gates of this romantic castle. It strikingly resembles the gates of the Disney castle. That’s why some call Hradec nad Moravicí the Moravian Disney Castle. The aristocratic residence near Opava is surrounded by beautiful nature and many famous personalities stayed at the chateau, such as composers L. van Beethoven. The area was also made famous by the breeding programme of merino sheep that Russian czar Alexander I brought home with him. The local herds served as a foundation for those in Australia.

This white fairy tale castle in the South of Bohemia is surrounded by a perfectly landscaped garden. Hluboká chateau was built after the example of the English castle Windsor castle. The castle has more than 140 rooms and 11 towers. Several tours show you the halls with carved panelling, coffered ceilings, elegant furniture, crystal chandeliers and rich collections of paintings, silver, porcelain and tapestries.

This Gothic castle in South-Moravia, refashioned under the gaze of the romantic eyes of the 19th century, rises up above the nearby confluence of the Dyje and Želetavka. Especially the location of Bítov castle is spectacular, situated on a wooded slope above the Vranov dam. One of the largest private zoological gardens in Europe was located here during the First Republic. Apart from live animals, the owner of the castle, Baron Jiří Haas of Hasenfels, also loved stuffed ones, his collection of dogs currently being included in the Guinness Book of Records.

A castle with one of the most beautiful views in the Czech Republic is Hrubá Skála in Bohemian Paradise. The chateau stands atop a sandstone rock, about 6 km south-east of Turnov in North Bohemia. The castle was built in the 14th century and is nowadays a hotel and restaurant. From the castle you can take a beautiful walk through a labyrinth of rocks and amazing views over the UNESCO Geopark.

Wonderful sgrafitto decoration, magnificent gables, elegant arcades, romantic gardens and a mysterious underground. All of these qualities have led that chateau Litomyšl in East Bohemia has been included on the UNESCO world heritage list. This representative seat of the Pernštejn family was rebuilt in Italian Renaissance style in the 17th century as a gift for his wife. Chateau Litomyšlis one of the most beautiful examples of the Renaissance style in Bohemia and houses a unique  preserved castle family theater from 1797.

Orlík Chateau is located on the border of South and Central Bohemia on a rocky promontory, which once towered like an eagle’s nest high above the Vltava valley. Today it is surrounded by the surface of the Orlík dam. The early Gothic castle was a customs house collecting a fee for sailing on the river and later became part of the family Schwarzenberg who redecorated the castle. A nice trip from this castle is a trip with a steamer to the castle Zvíkov and then back.