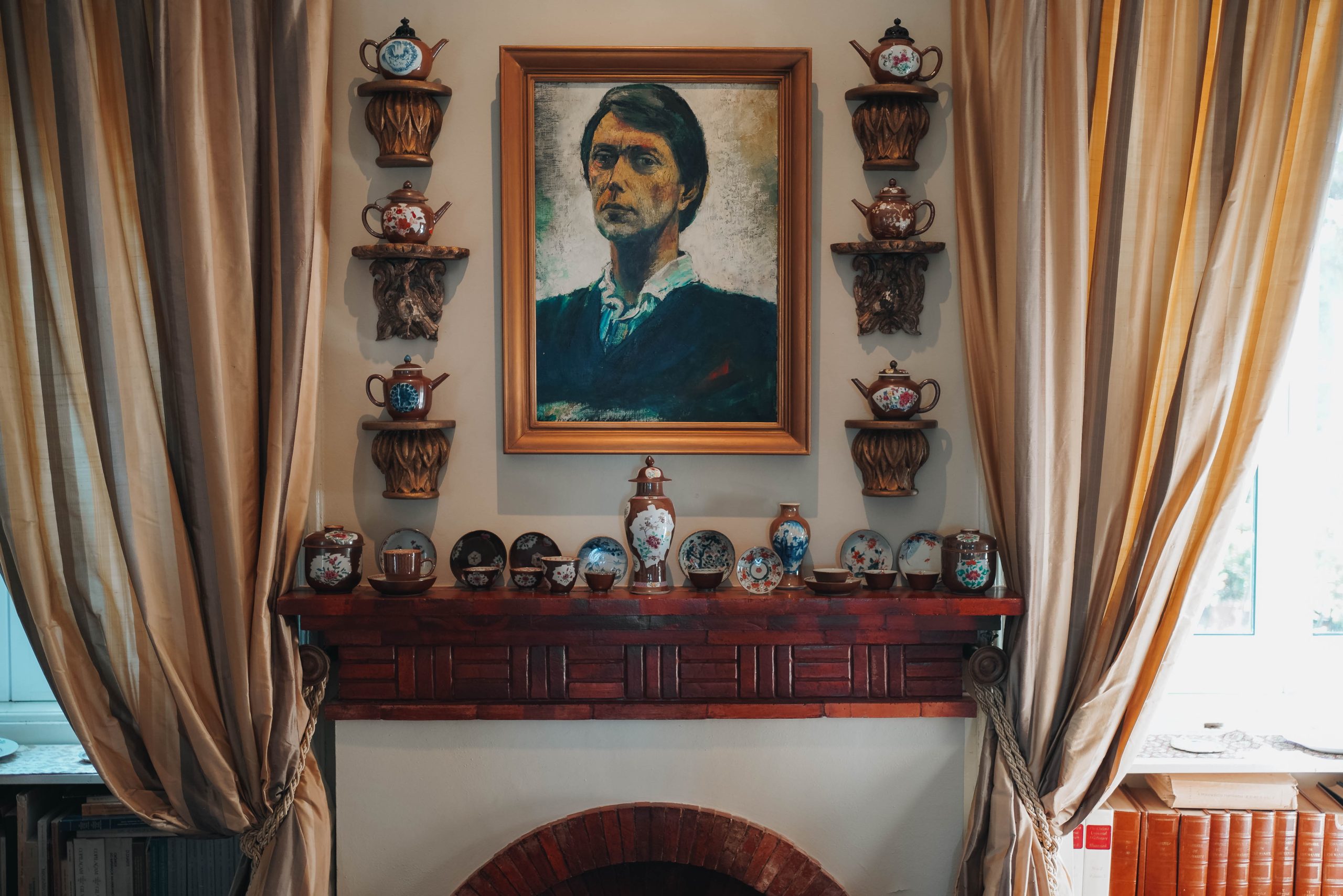 Intentions to travel long-haul to Europe in 2022 has begun to improve, reveals ETC barometer

Travellers have always known what Gen Z have apparently now discovered: experiences are more meaningful than material goods. And in a world where everyone is competing for the most original or underground thing to do, what could be more exclusive than a visit to a secret garden and private house museum?

In Santarém’s old quarter, near the citadel vestiges and Portas do Sol gardens, sits a house belonging to one of Portugal’s most influential families. Pedro Canavarro lives there. He’s a former Member of the European Parliament and great-great-grandson of 19th century parliamentarian and champion of education and the arts, Passos Manuel. Now in his eighties, Canavarro waits for us on a still November morning, wrapped in an Arran cardigan and smiling genially. He greets us warmly and opens the sturdy gates.

Within lies a courtyard garden. A central fountain babbles like silver while birds sing and flutter around. It’s magical – and a good defensive position, 106m above sea level. The first King of Portugal lived on this site. The belltower overlooking us is built on a former castle keep. Next door is a church once given to the Templar Knights. Passos Manuel bought the site after the ruins of the Napoleonic wars. There have never been any archeological digs.

‘I’ve told them, they can do digs when I’m gone,’ says Canavarro. Orange and lime trees swish gently in the breeze. ‘The fruit from this one are delicious,’ says Canavarro. ‘We all wait for them to arrive. That one,’ he points, ‘is not so good.’

We make our way indoors, to a hallway and dining room, where Canavarro introduces a few objects. It feels like he’s chatting as a friend and it takes a few moments for me to realise that the tour has begun. Napoleonic carafes and glasses. English copper paintings and cityscapes showing Santarém as it once was. A silk fragment dating to the end of the 1600s. The atmosphere as we move among antique furniture and collectibles is a wonderful blend of homely and rarefied.

To visit Casa Museu Passos Canavarro is to journey through Portuguese (and worldwide) art, culture and history. It’s a journey that carries uncanny echoes of the past. In the 19th century, Passos Manuel invited the writer Almeida Garrett to stay in the house. (He and Garrett worked on a plan for the country’s theatres together). Garrett later published a seminal literary work Journeys in my Homeland (Viagens na minha terra), inspired by and set in Santarém. In it, fact and fiction are blended, as Garrett combines his tale of a ‘nightingale girl’ with political and social observations made during his trip to Santarém, implicitly critiquing absolutist power. For this writer it was exciting to feel I was treading in the footsteps of an important literary visitor to the house.

From literature to art, and from the dining room into a part of the house that has been turned into a gallery. Artist Mimi Fogt (who once escaped exile in Canada by sneaking onto a boat dressed as a man) bequeathed a collection to Canavarro and here it is displayed with care and expertise. Fogt’s modernist sensibilities shine through. She has a gift for playing with ‘gaze’. Her subjects watch each other – longingly, secretively – or they stare at you, the onlooker, with disarming frankness. In one of them a younger Canavarro is depicted. ‘She liked to paint in silence, or to low Mahler,’ he says.

I wonder aloud how all this feels for Canavarro. Is it strange living in a house-museum, reflecting on his life, achievements, friendships all the time, being surrounded by ghosts? A floorboard creaks as we move along the corridor.

‘A creaky floorboard makes the best alarm,’ says Canavarro, smiling. We pass into his office and bedroom – where the writer Garrett stayed. There are family photographs, books galore, including Journeys in my Homeland, a writing desk that belonged to Passos Manuel. On the bedroom wall hangs a beautiful covering, used customarily for the bride and groom to kneel on at their wedding. Canavarro explains that he wanted to be able to see it, not have it folded away in a linen trunk. Blue, embroidered, it seems to shimmer.

Outside, the terrace balcony tempts us. It’s large, with windows and doors from the office, bedroom and lounge. When we venture out, it’s clear why you’d want that triple access. The house sits at the tip of a ridge overlooking the river Tagus, which, unusually, flows headlong towards the viewer before veering off to the right. This means we are looking directly down the length of the colossal river. It’s a striking prospect. Canavarro insists that the city’s plateau-top position and vistas outwards from the city are what give Santarém inhabitants their unique open outlook.

In the lounge, Canavarro shows us Japanese tables and cabinetry, vases, and more portraits. He was a Portuguese reader in Japan earlier in his career. I begin to wish I could stay here all day. For a room that contains so many artefacts, it is remarkably comfortable and appealing – and there’s that balcony. I imagine what it might feel like as evening falls and a fire is lit inside the traditional Japanese Iori ‘coffee table’.

Through the courtyard and back inside to a small room lined with centuries-old mementos and family letters, some of which reveal Passos Manuel’s liberal constitutional values, his anachronistic fathering style and belief in girls’ education. Next, an extension to the collection. A grand piano, elements of a Javan gamelan. An enthusiastic discussion ensues between our photographer and Canavarro about the rarity and significance of these pieces.

Before we leave, Canavarro shows us a scale model of the house and courtyard made by a friend. We all exclaim. With its miniature courtyard, Mimi Fogt art collection, and every piece of furniture in the right place, the model is a breathtakingly charming object – and a brilliant overview of what we’ve just seen. For a moment, I am almost disoriented, as if we’ve all just drunk potion and been into Wonderland.

Back out in the human-sized courtyard, we linger – who wouldn’t? We pose for photos with Canavarro, feeling as though we’ve met a national treasure.