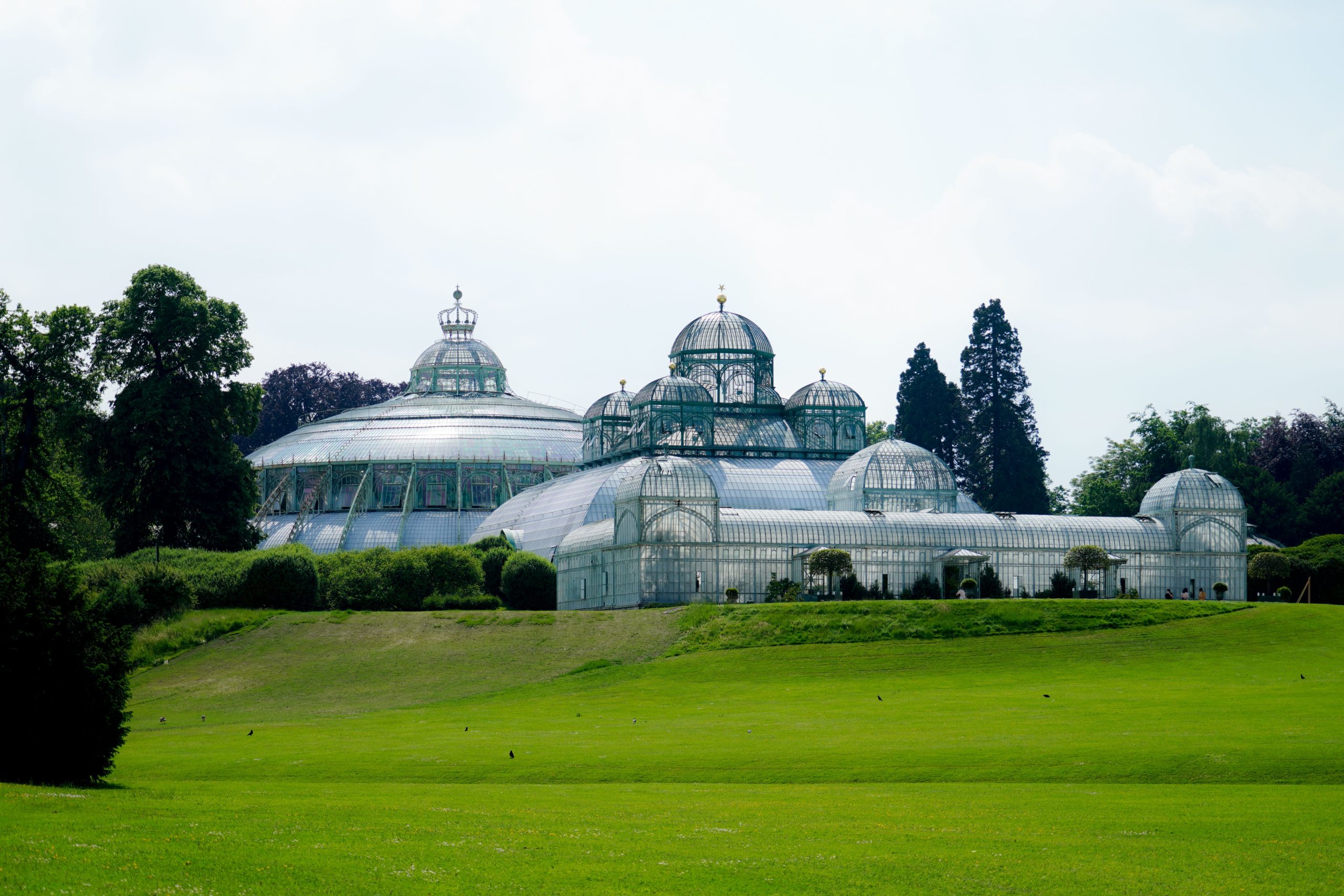 California 100% powered by renewables for the first time

Close to the outskirts of Brussels, there is a hidden treasure for plant lovers. A somewhat exclusive destination, only opened a few weeks a year, the Royal Greenhouses of Laeken are both an architectural and verdure wonder.

1. The story of the greenhouses

Built at the end of the 18th century, the Laeken Castle has been serving as a residence for Belgian royalty ever since the country’s independence. King Leopold I incorporated some of the nearby lands into the estate, but it was King Leopold II that completely transformed the grounds. The greenhouses, connecting galleries and annex buildings were built between 1874 and 1905. Architect Alphonse Balat, one of Victor Horta’s professors, designed and oversaw the construction of the greenhouses. Built in iron and glass, the style incorporates neo-classical and Art Nouveau elements.

Leopold II envisioned the domain to be used for hosting congresses and ceremonies and formally receiving guests of the royal family. He went on a quest to create one of the finest collections of plants and flowers in Europe. Some of the best botanists, horticulturists and suppliers collaborated to design the gardens and greenhouses, while the king himself brought plants from his journeys abroad.

2. Venture into the gardens

The first thing that welcomes visitors is the orangery. The building houses the sensitive orange trees during the winter, but as soon as the weather gets warm enough, they are moved outside to enjoy the direct sunlight. Besides the orange trees, rhododendrons, laurels and camellias can be found inside the orangery. The greenhouses display one of the oldest and largest collection of camellias in the world, which was started by King Leopold II and features the Roi Leopold species of the flower, dedicated to the Belgian Royal Family.

After passing through the Theatre Greenhouse, the most recently built one, the path takes visitors to the gardens. From here, two options are available to continue the journey, one that explores the estate more before arriving to the rest of the greenhouse complex, and a shorter one that keeps close to the buildings, but still offer glimpses of the incredible English style garden.

The shorter path passes by Queen Elisabeth’s sculpting studio, whose picturesque style contrasts the modern glass structures behind it.

At last, the marvellous greenhouse complex. The park and the greenhouses are only open to the public for a few weeks every year, between the end of April and the beginning of May. Tickets must be booked in advanced and unfortunately all the time slots have been fully booked this year, but it is certainly worth the wait.

3.1. The palm greenhouse and palm pavilion

King Leopold II lived in the palm pavilion for the last few years of his life and died there in 1909, which is why this section is closed to public. However, the adjacent palm greenhouse is open to visitors and offers a glimpse into subtropical flora from around the world. On one side, well below the tall palm trees, lies a ficus elastica, a rubber tree that reminds of Congo, since, at that time, the majority of their revenue came from rubber products.

The azaleas have their own dedicated greenhouse, which gardeners arrange each year, sharing the space with more of the camellias. Although the term azaleas is no longer used in the botanical world, the plants being classified simply as rhododendrons, the greenhouses still carry this commonly known name of the flowers. And, just before moving on to the section, on the left side, a small door also allows visitors to take a glimpse of the inside of Queen Elisabeth’s studio.

The geranium galleries are a spectacle of colours and shapes. Numerous species are planted on the sides of the galleries each year specifically for the opening of the greenhouses to the public, while the hanging fuchsias complement the hues of the geranium flowers.

The crown jewel of the entire complex, the winter garden is an architectural masterpiece, measuring 57m in diameter. The dome shaped structure, also called the “Grande Rotonde” (Great Rotunda), was the first construction of what later became “the city of glass”.

It hosts lush subtropical vegetation that reached all the way up to the glass roof. The varieties of ferns, palm trees, banana trees and even cinnamon trees combined with plants sprouting from the cracks in the artificial rock walls can truly make one forget, if for a brief second, they are just in a greenhouse.