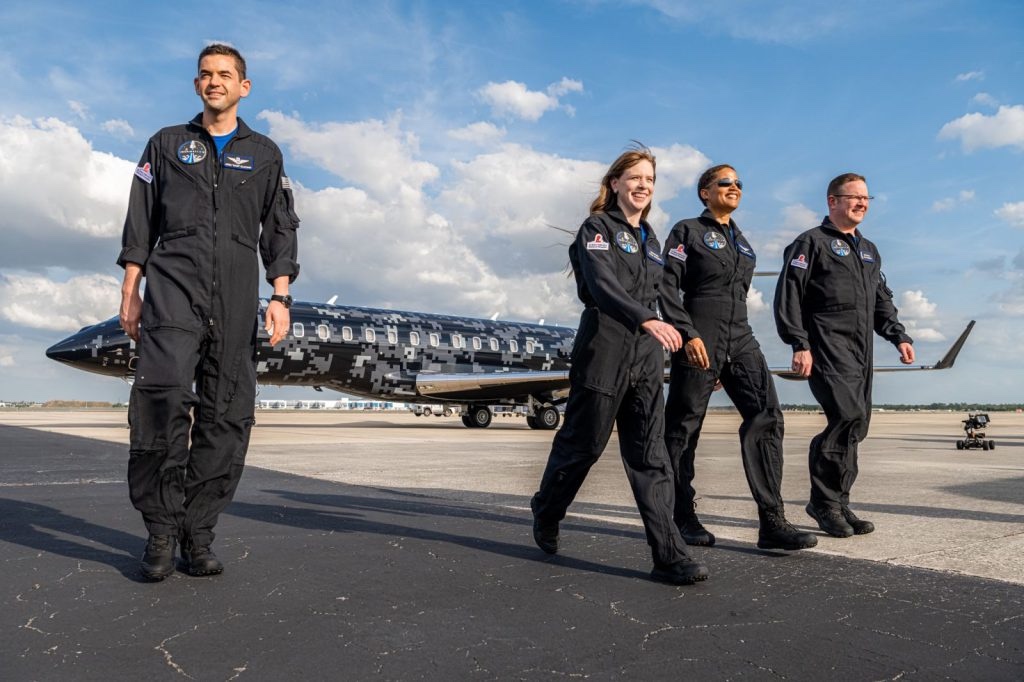 Space tourism continues to be on the rise

In July of 2021, British billionaire Richard Branson became one of the pioneers of space tourism by taking a trip into space aboard his own aircraft, ahead of Jeff Bezos, founder of Blue Origin, who arrived later that month aboard his New Shepard spacecraft.

With space travel by tycoons, the space tourism boom is gaining momentum. Although this type of tourism is initially being tested with flights lasting around 90 minutes – except for those planned by Space X for several days – there are already structured plans for space hotels for people who wish to spend their vacations away from Earth.

An example of this is the Californian company Gateway Foundation, which made public its plans to build a cruise ship-style hotel floating above the Earth’s atmosphere, which will have themed restaurants, spa, cinema, gyms, libraries, concert halls, lounges and bars for viewing the Earth, as well as rooms for some 400 people. The hotel, called Voyager Station, will be built by the Orbital Assembly Corporation, which is headed by ex-pilot John Blincow, who also heads the Gateway Foundation.

In an interview with CNN, Blincow explained that due to the pandemic there were delays in planning, but that construction of the hotel in space is expected to begin in 2026, becoming a palpable reality in 2027.

We are trying to make the public realize that this golden age of space travel is just around the corner. It’s coming. It’s coming fast.

According to the New York Times, Blue Origin has had 4 vacationer launches; SpaceX, two. Virgin Galactic, in the meantime, has announced its business passenger service, scheduled for early 2023. Virgin Galactic, which already provides a “custom-made Future Astronaut Readiness program” at its Spaceport America facility in New Mexico, can also be partnering with NASA to construct a coaching program for personal astronauts.

According to BBC, the first of all civilians to travel into space was Dennis Tito. On April 30, 2001. The American billionaire arrived at the International Space Station (ISS) via a Russian Soyuz rocket. Tito was taken to the ISS by the company Space Adventures, the only company that had taken tourists into space until then.

In addition to Tito, six other civilians reached space, and one of them, Charles Simonyi, even traveled twice. Among them are: Mark Shuttleworth, Greg Oslen, Anausheh Ansari, Richard Garriot and Gut Laliberte.

Although the environmental impact of space launches has not been sufficiently studied, it is known to that there is more than carbon emissions. The release of gases into the upper atmosphere during space launches has negative effects on the ozone layer. A gas frequently emitted in launches and seemingly innocuous as water vapor contributes to the greenhouse effect.

There are quite a few types of fuels that are used and some are toxic when released at launch or by their production process. The good news is that most new launch systems use liquid fuels, which are less problematic in this regard than solids.

Rockets themselves usually have different orbits around our planet as their destination. The tourist flights of Virgin Atlantic and Blue Origin are “suborbital” flights. They do not actually enter orbit, but ascend to 80 and 100 km altitude respectively, experience zero gravity for a short period of time, and then fall back to Earth. A suborbital flight requires much less energy than going into orbit. The cost is therefore more affordable and the ecological footprint is smaller.

Currently, about 100 rockets are launched each year. Their carbon footprint is still smaller than that of the 100,000 aircraft flying around the world every day. But the space sector is experiencing strong growth. As a result, its environmental impact could become very significant.

According to news outlet The Conversation, it is estimated that each Virgin Galactic and Blue Origin tourist flight emits some 60 and 90 tons of carbon dioxide, respectively. About 8 and 15 tons per passenger.

On average, each person in the world emits about 4.8 tons of carbon dioxide each year. This figure is very different between rich and poor countries. In the United States, the figure is 15 tons. Although these figures can vary considerably according to different sources. China is a big polluter, but when its per capita emissions are considered, the value is 7.4 tons.

The carbon footprint of these suborbital flights is not extremely high compared to other activities. But it is questionable that at a time when it is urgent to reduce our environmental impact, this new form of leisure is emerging. Accessible only to a minority and which means that each passenger emits in just a few minutes the same carbon dioxide as 2 or 3 people on average during a whole year.