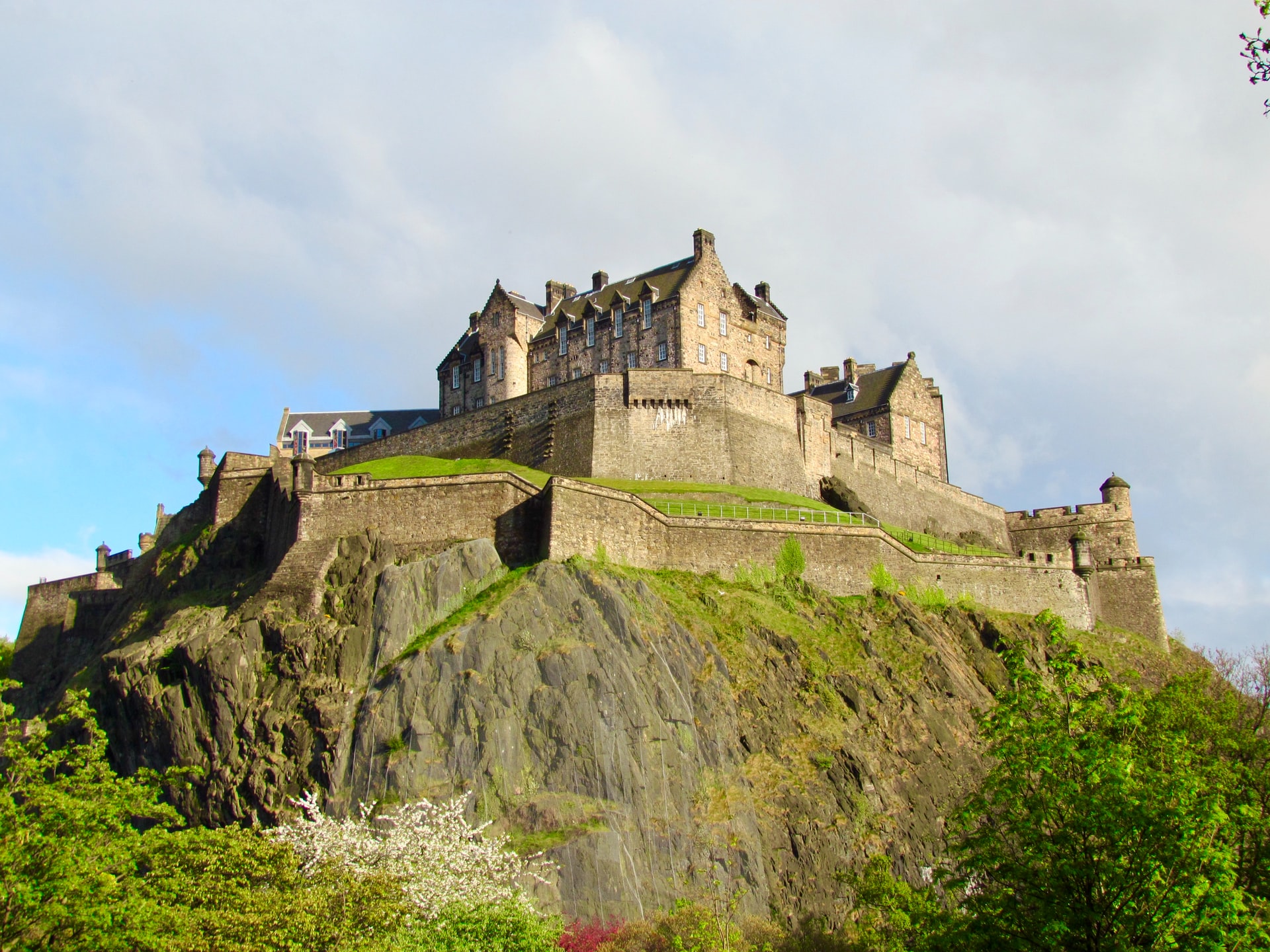 Audio tours and stories, a new way to travel?

Edinburgh is the capital of Scotland, part of the United Kingdom. The city has long been an important center of education, particularly in the field of medicine. Edinburgh is Scotland’s second most populous city and the seventh most populous in the United Kingdom. The city is also known for the Edinburgh International Book Festival, the Christmas Markets, the Royal Edinburgh Military Tattoo, and the Edinburgh Fringe, the world’s largest festival of the arts. There are a lot of places to visit, here I want to propose to you 10 of them.

The first place you must know is the famous “Edinburgh Castle”. This is a famous Landmark and also the most visited place in Scotland. Don’t miss the One O’clock Salute from Half Moon Battery. Edinburgh Castle was involved in many historical conflicts from the Wars of Scottish Independence in the 14th century to the Jacobite rising of 1745.  It is the home to the Crown Jewels (the Honours of Scotland) and also the Stone of Destiny since its return to Scotland from Westminster, in 1996.

Palace Holyroodhouse or Holyrood Palace is the official residence of the British Monarch in Scotland, Queen Elizabeth II. It is located at the bottom of the Royal Mile in Edinburgh, at the opposite end to Edinburgh Castle. Queen Elizabeth II spends one week in her residence at Holyrood Palace at the beginning of each summer, where she carries out a range of official engagements and ceremonies. Besides visiting the castle, you should visit the garden too; the gardens of the palace extend to some 4 ha, set within the much larger Holyrood Park.

Arthur’s Seat is an extinct volcano which is the main peak of the group of hills in Edinburgh, and that forms most of Holyrood Park. It is sometimes said that its name is derived from legends pertaining to King Arthur. Like the rock on which Edinburgh Castle is built, it was formed by an extinct volcano system, dated at 335 to 341 million years old.

The National Museum is one of the most popular tourist attractions in Scotland. The visit is totally free. The 16 new galleries were reopened in 2011 and include 8,000 objects. We can see Dolly the sheep, the first successful cloning of a mammal from an adult cell, or Elton John’s extravagant suits here. Other highlights include Ancient Egyptian exhibitions.

Founded in 1670, the Royal Botanic Garden Edinburgh (RBGE) is a scientific center for the study of plants, their diversity, and their conservation. With more than 13,500 species from all around the world, it is the second oldest botanic garden in the UK after Oxford’s.

Princes Street is one of the major thoroughfares in central Edinburgh and the main shopping street in the city. Here you can see the oldest department store in the world that was founded in 1838: ‘Jenners of Edinburgh’. When you are done with shopping (take care of your credit card!), you can just head to Princes Street Gardens, which is home to the world’s oldest floral clock (1903), from these gardens you can enjoy the view of Edinburgh Castle.

St Giles Cathedral was founded in 1124, and in the 16th century became the focal point of the Scottish Reformation. St Giles’ is one of Scotland’s most important medieval parish church buildings. Counting more than a million visitors each year, this Cathedral is also the most visited place in the city.

Calton Hill is one of Edinburgh’s main hills, set right in the city centre. You can see a panoramic view of the city, with Princes Street, the castle, and the Old Town. Calton Hill is the headquarters of the Scottish Government, which is based at St Andrew’s House.

Dynamic Earth is a not-for-profit visitor attraction and science center in Edinburgh and is Scotland’s largest interactive visitor attraction. It is located in the Holyrood area, beside the Scottish Parliament building and at the foot of Salisbury Crags. Visitors can to experience the evolution of our planet and view some of the forces that have formed the environment over millions of years. After the visit, don’t forget to enjoy some food at the café and shopping in their Natural Selection Gift Shop.

You cannot know a city by just visiting buildings and monuments. The Royal Mile is a succession of streets forming the main thoroughfare of the Old Town of the city of Edinburgh. From the Castle gates to the Palace gates, the street is almost exactly 1.81 km (1 Scots mile!) long and runs downhill between two significant locations in the royal history of Scotland, namely Edinburgh Castle and Holyrood Palace. Its name comes from its tradition as a processional route for kings and queens for the last 500 years. Here you can see some churches, townhouses, historic landmarks, shops, museums, cafés, and restaurants.