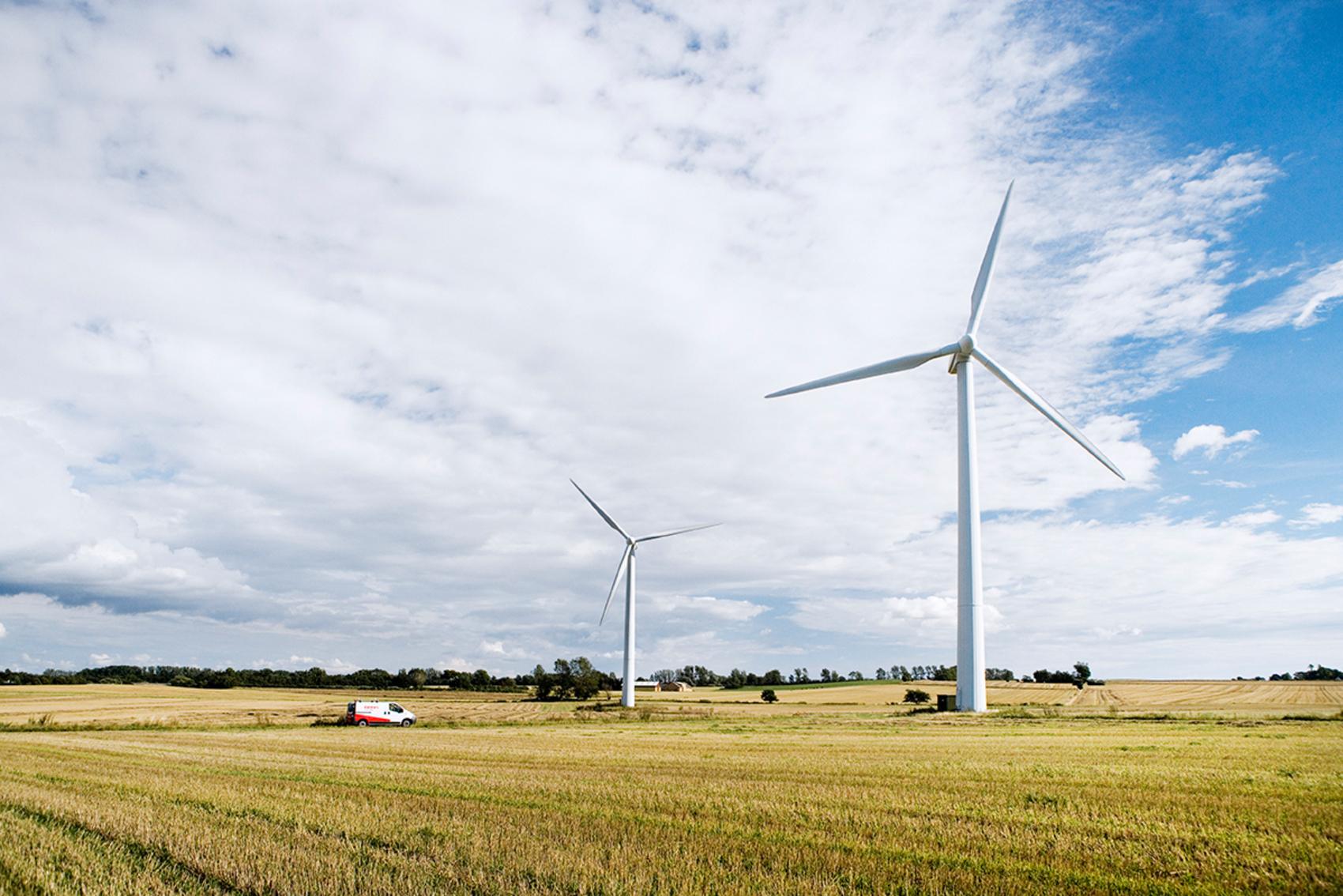 Located off the coast of the Jutland Peninsula in Denmark, Samsø Island is a former Viking outpost, nowadays home to a traditional farming community. Mostly flat and made up of agricultural land where cows and sheep wander the fields, the island however is also an environmental wonder. It is not only powered by 100% renewable energy, but it is carbon-negative. The island’s renewable energy is collectively owned by its residents, all of whom are also carbon negative.

The mainland, Denmark, has been largely successful in efforts to combat climate change, and ranks second in the world on the Climate Change Performance Index. The country has managed to halve its per capita greenhouse gas emissions and is still determined to go further, committing to energy agreements that by 2030 will see 100 percent of its electricity generated from renewable sources. The country’s efforts are certainly reflected on Samsø Island, where there are some incredible green projects.

Samsø has been a world-leading green energy community for the past 20 years, with all of its electricity coming from huge community-owned wind turbines and 70 percent of its heating needs being supplied by biomass boilers burning local straw meet. Thanks to these efforts, each of Samsø’s 3,724 residents now emits an average of negative-3.7 tons of greenhouse gas per year. The island also has the highest number of electric cars per capita in Denmark, and the municipality even changed its fleet to electric vehicles which are powered by solar panels.

The incredible projects undertaken on Samsø started many years back. In 1997, the island was in difficulty following the closure of the abattoir, the largest private employer on the island, and the loss of 100 jobs. Meanwhile its population was ageing and declining. At this time, the Danish government launched a national competition to find a Danish Renewable Energy Island, an island or area with the most achievable plan for becoming 100 percent self-sufficient in energy production, for which the Danish Energy Authority would provide funding. This plan also needed to involve civic participation, with local businesses, the council and community organisations all demonstrating their support.

In 1998, the application submitted by Samsø’s municipal government won the competition, beating three other islands and a peninsula, and they received funding for a coordinator to develop a ten-year plan. This role was taken on my farmer Søren Hermansen, who became director of the Samsø Energy Academy.

The project plan was to quickly transition the island to wind power, and in the space of two years (by 2000) 11 wind turbines were due to be installed, each with capacity to generate one megawatt of power. Initially, there was some resistance among the community regarding the project, with residents fearing the expense and the challenge, as well as having concerns about the potential noise and visual impact of the turbines. Hermansen and his team worked on persuading and encouraging the locals and undertook extensive public negotiations over the location of each turbine.

With the idea that people would be more supportive if the turbines were co-owned, a decentralised structure was created, with cooperatives being formed, or shares being sold in each turbine so that everyone had the opportunity to invest in them. Locals signed on to this scheme enthusiastically, contributing enough through cooperatives to purchase two turbines, with individuals purchased the remaining nine. These 11 turbines now generate enough power to make each of the island’s 22 villages entirely self-sufficient.

In 2002, a further ten offshore turbines were installed in order to offset emissions produced by the island’s cars, tractors and ferries. Two of these turbines are also cooperatively owned by the island, whilst the municipality owns a further five which generate income for the local government to reinvest in sustainability measures such as smarter methods of heating and incentives for the purchase of electric cars.

Samsø is ambitious and wants to improve even further, with the goal to be completely independent from fossil fuels by 2030, a whole two decades ahead of the rest of Denmark. Recently, in striving for this goal the municipality bought a new ferry which is capable of transporting 600 passengers and 140 cars. This ferry, the first of its kind in Denmark, has a dual-fuel engine, making it possible to run on liquefied natural gas rather than fuel oil, which reduces its carbon emissions significantly. It can even run on locally produced biogas, providing the possibility that in the future, Samsø could have a ferry powered by methane produced from household waste or pig manure. The island’s incredible progress in targeting climate change is admirable, and with their ambitious plans it is just the start. Who knows what will come next, but we can surely all learn from their ingenuity!