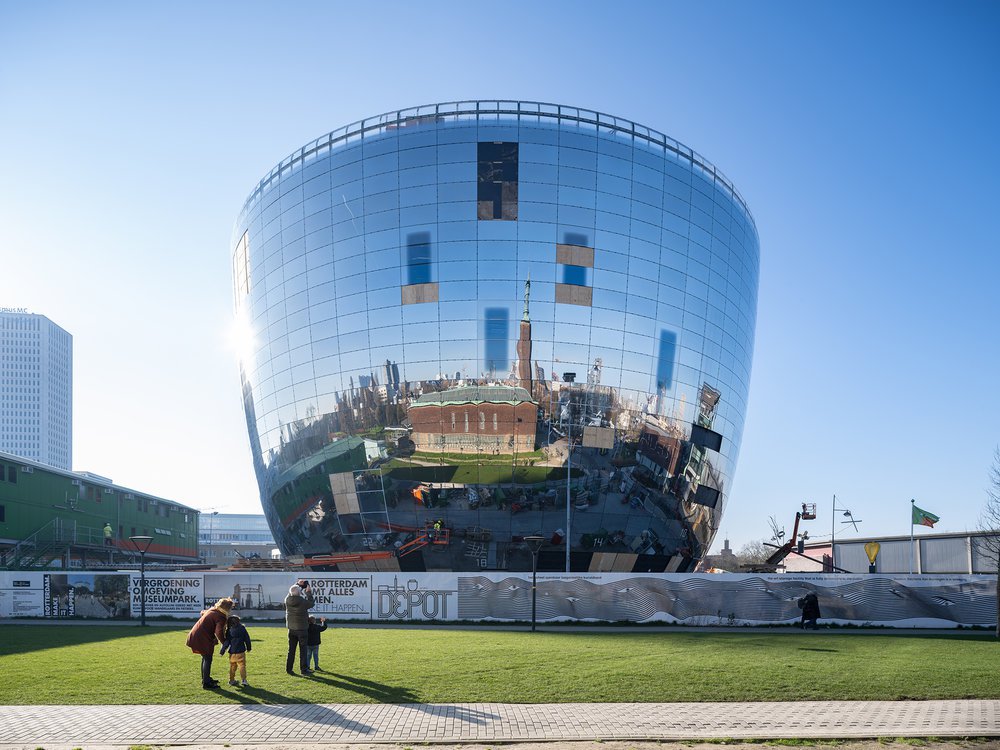 Rotterdam’s Depot Boijmans Van Beuningen lets you see 150,000 artworks all in one place

Rotterdam’s Depot Boijmans Van Beuningen, the world’s first publicly accessible art depot, has opened its doors to the public and is already an icon of the Dutch city. Its imposing building with a mirror-lined convex facade, designed by MVRDV, was named Public Building of the Year 2021 and received the ARC21 Architecture Award.

The repository houses 172 years of collecting linked to the Boijmans Van Beuningen Museum, next to which it is located, in Rotterdam’s Museum Park. Of the Rotterdam art museum’s vast collection, which ranges from medieval European art to modern art, only a small number of masterpieces have remained on display and the holdings have been scattered in various off-exhibition buildings, as in the vast majority of museums, which exhibit on average between 5 and 10 percent of their collections.

“Each work waits its turn to be exhibited, whether in Rotterdam or elsewhere in the world,” Sjarel Ex, the director of the Depot, in the exclusive interview granted to Arteconomy24. The concept is reiterated in the next gallery located on the fourth floor.

The Depot is not a museum. Artworks are placed on pallets or shelves, hung on racks or stored in boxes or crates. Some works are always on display, some rarely and some never.

The new storage facility, conceived as a workspace, offers the opportunity to admire the more than 150,000 art objects independently, with free circulation, or by means of a guided tour to access the more restricted area, as well as to witness the conservation, restoration and logistical work required to maintain a large collection.

The space, structured on six floors, offers the general public an unusual look behind the scenes of the museum world, and shows the complex work involved in the maintenance and care of an art collection of more than 150,000 works that are stored together, without chronological order, or by origin or artistic style, but organized and structured in fourteen storage spaces with five different climates, depending on their material and conservation requirements.

Most of the pieces rest on mobile storage panels, but a selection is housed in glass showcases, forming a hybrid exhibition space that has never been seen before.

The warehouse currently houses the collection of the Boijmans Van Beuningen Museum, which is currently undergoing a renovation and refurbishment process that will keep its doors closed until 2026. Among the pieces, masterpieces of the Middle Ages and Baroque (Van Eyck, Bosch, Rebrandt, Leonardo da Vinco, Tintoretto, Rubens) and modern and contemporary art (Van Gogh, Mondrian, Kandinsky, Magritte, Dali, Basquiat). With the reopening of the museum, the 3,000 works on permanent display will return to its rooms, including The Little Tower of Babel by Pieter Brueghel the Elder, one of the best known.

The visit begins at 11 am, entrance is by appointment only, and after a short wait you are greeted by reception staff on the ground floor who invite you to leave your jackets and large bags in the lockers provided. On the same floor is the bookshop corner and the desk for guided tours of the warehouses. The division of the works in the storerooms located on the floors is mainly by type of material, therefore, it does not follow a museum itinerary by time periods or by themes. The richness and variety of the works is vast and it is difficult to name all the great artists in the storerooms.

The Depot Boijmans Van Beuningen not only displays the collections of the Rotterdam art museum, but also offers space for rent to house private collections that benefit from the depot’s conservation services and also form part of the bulk of the exhibition.