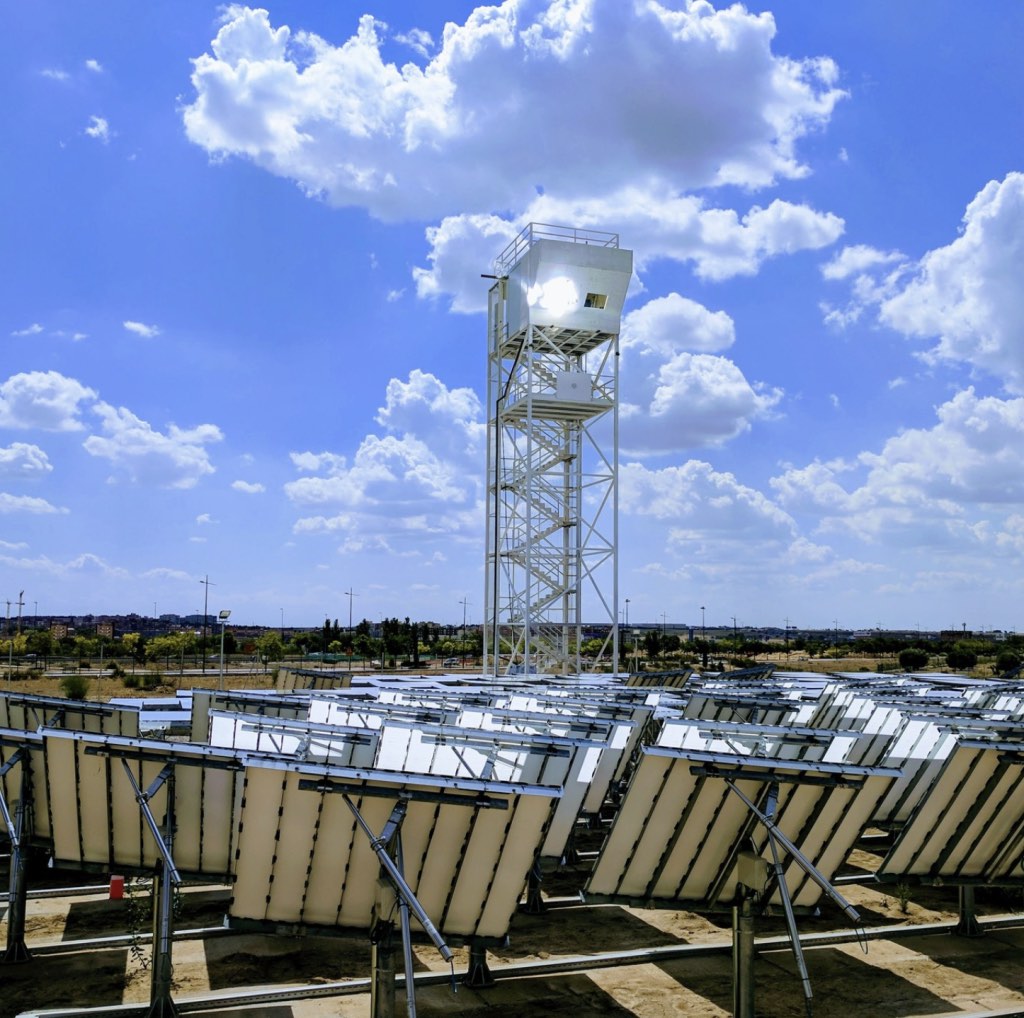 The research published in the journal Joule, could help the aviation industry become carbon neutral.

We are the first to demonstrate the entire thermochemical process chain from water and CO2 to kerosene in a fully-integrated solar tower system.

Previous attempts to produce aviation fuels through employing solar energy have mostly been performed in the laboratory.

The researchers developed the innovative fuel production system as a part of the European Union’s SUN-to-LIQUID project. The project kicked off in 2016 and hopes to address the EU goal of a 75% share of renewables in the gross energy consumption. Achieving this target needs a large share of alternative transportation fuels, including a 40% target share of low carbon fuels in aviation.

The system developed by Steinfeld and his team uses solar energy to produce drop-in fuels, which are synthetic alternatives to fossil-derived fuels such as kerosene and diesel.

The carbon-neutral fuel is compatible with the existing aviation infrastructure for fuel storage, distribution, and end use in jet engines, and can be blended with fossil-derived kerosene.

In 2017, the team of researchers started scaling up the design and built a solar fuel-production plant at IMDEA Energy Institute in Spain.

The plant includes 169 sun-tracking reflective panels that concentrate solar radiation into a solar reactor located on top of a tower. The concentrated solar energy then drives oxidation-reduction reaction cycles in the solar reactor, which contains a porous structure made of ceria. The ceria converts water and CO2 into syngas, a tailored mixture of hydrogen and carbon monoxide.

Syngas is then sent into a gas-to-liquid converter, where it is finally processed into liquid hydrocarbon fuels that include kerosene and diesel.

This solar tower fuel plant was operated with a setup relevant to industrial implementation, setting a technological milestone towards the production of sustainable aviation fuels.

The professors reported that during a nine-day run of the plant, the solar reactor’s energy efficiency was about 4%. The researchers aim at improving the design to increase the efficiency to over 15%.

The aviation sector is responsible for about 5% of global emissions as it heavily relies on kerosene or jet fuel. Currently, no clean alternative is available to power long-haul commercial flights at the global scale.

Steinfeld explains that with their strategy, they can produce synthetic kerosene from water and CO2 instead of deriving it from fossil fuels.

The professor added that the amount of CO2 emitted during kerosene combustion in a jet engine equals that consumed during its production in the solar plant, which makes the fuel carbon neutral.