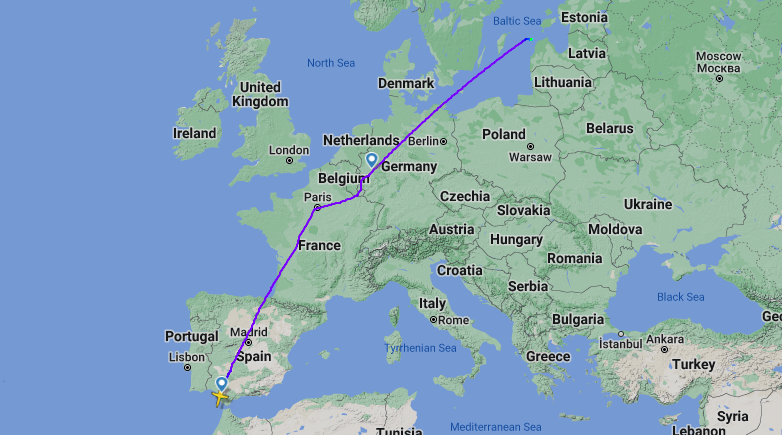 Brussels becomes the world’s tourism centre for a day

Shortly after departing, as he was crossing into French airspace, the pilot reported a depressurisation of the cabin. Soon after, contact was lost with the plane. Since no communication could be established with the plane, jets from national aviation authorities were dispatched to check the situation. French Air Force, German Air Force, then Danish Air Force and even NATO warplanes escorted the plane until it finally run out of fuel. None of them could confirm seeing the pilot in the cockpit.

The Cessna 551, registered OE-FGR in Vienna, belonged to Karl-Peter Griesemann, the owner of Quick Air, an air charter company based in Colone, a company spokesperson confirmed. The spokesperson did not confirm allegations that Griesemann was in fact the pilot and the three passengers were his wife, daughter and his daughter’s boyfriend, as the Express newspaper reported.

The flight was followed by tracking website Flightradar24, which registered the moment the plane started spiralling before the crash. According to the website, the plane started losing speed and altitude at 17:37.

The Latvian maritime search and rescue service (MRCC) sent two small naval ships and a coastguard vessel, accompanied by a helicopter of the border guards, to the crash site, on the north-west of Ventspils. “We found three parts of the plane, we think – experts will have to say”, spokesperson Liva Veita told the BCC, adding that an oil patch was found at the scene.

The cause of the accident has not yet been confirmed by authorities, but Portuguese newspaper Observador speculates that all 4 people on board were in fact dead for hours before the plane crashed, losing consciousness when the cabin lost pressure. The suspicion is that the pilot did not disengage the autopilot fast enough after the cabin depressurised. Whether oxygen masks automatically fell or not is unknown, but had the pilot managed to disengage the autopilot and lower the altitude of the plane, chances are he would have been able to safely land the plane.