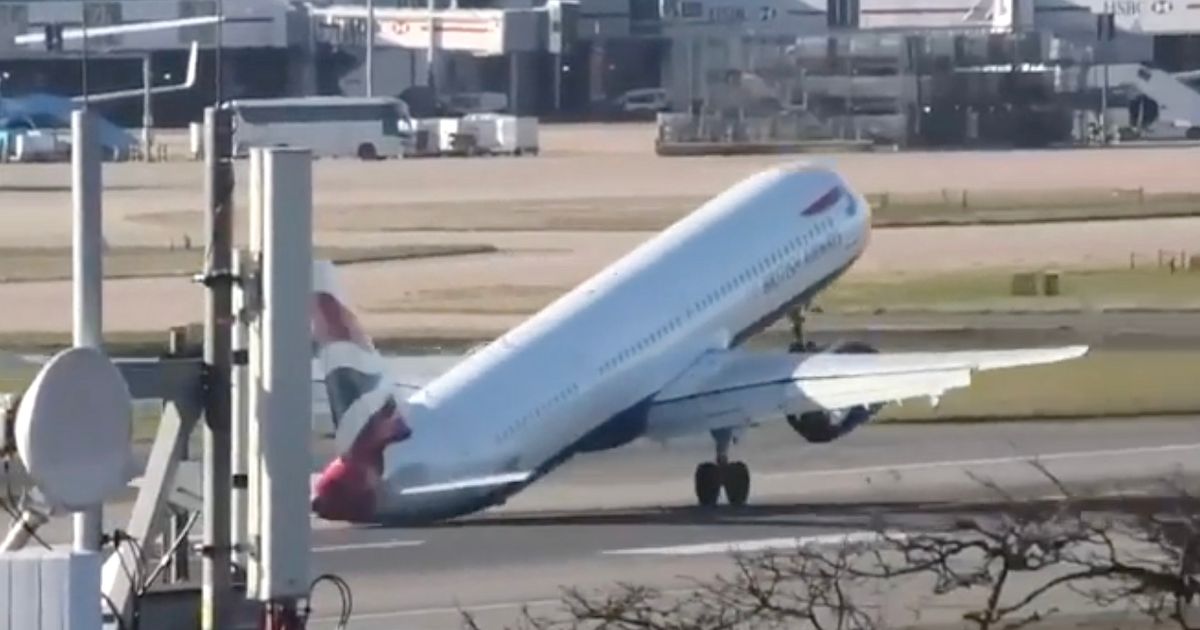 Plane nearly topples over while landing against strong winds at Heathrow

Time to get real on rail ticketing

A British Airways plane was on the brink of tragedy after high winds in the UK made it difficult to land at Heathrow Airport. The plane, which was traveling from Aberdeen to London, had to remain airborne for some time before landing due to high winds affecting flights at the main British airport.

One of the aircraft’s sets of wheels touched down, but it lifted off again before both sets touched the runway, trailing smoke as it did so. The aircraft’s right wing then lifted and the craft briefly taxied down the runway at an angle with its left set of wheels on the ground.

Two of the passengers were members of the UK Parliament, traveling from their constituencies to the House of Commons. Richard Thomson, MP for Gordon, in northeast Scotland, told CNN that he owes the pilot “deep gratitude for their professionalism and calm in how they dealt with what was a potentially very dangerous situation.”

While there was a harder than usual touchdown at first, it was when the plane came down for a second time that it appeared to be caught by a strong gust of wind.

The tail of the fuselage appeared to touch the ground, throwing more smoke, before the aircraft lifted off and took off. Eventually, the pilot successfully landed the aircraft on a second attempt

“Our pilots are highly trained to handle a range of scenarios, including extreme weather conditions, and our flight crew landed the aircraft safely. Our customers and crew disembarked as normal,” British Airways said in a statement.

Strong winds from Storm Corrie, which swept across the UK following Storm Malik over the weekend, caused gusts of up to 148 kilometers per hour. Malik and Corrie generated power outages in 118,000 homes in Scotland and 80,000 in northern England.