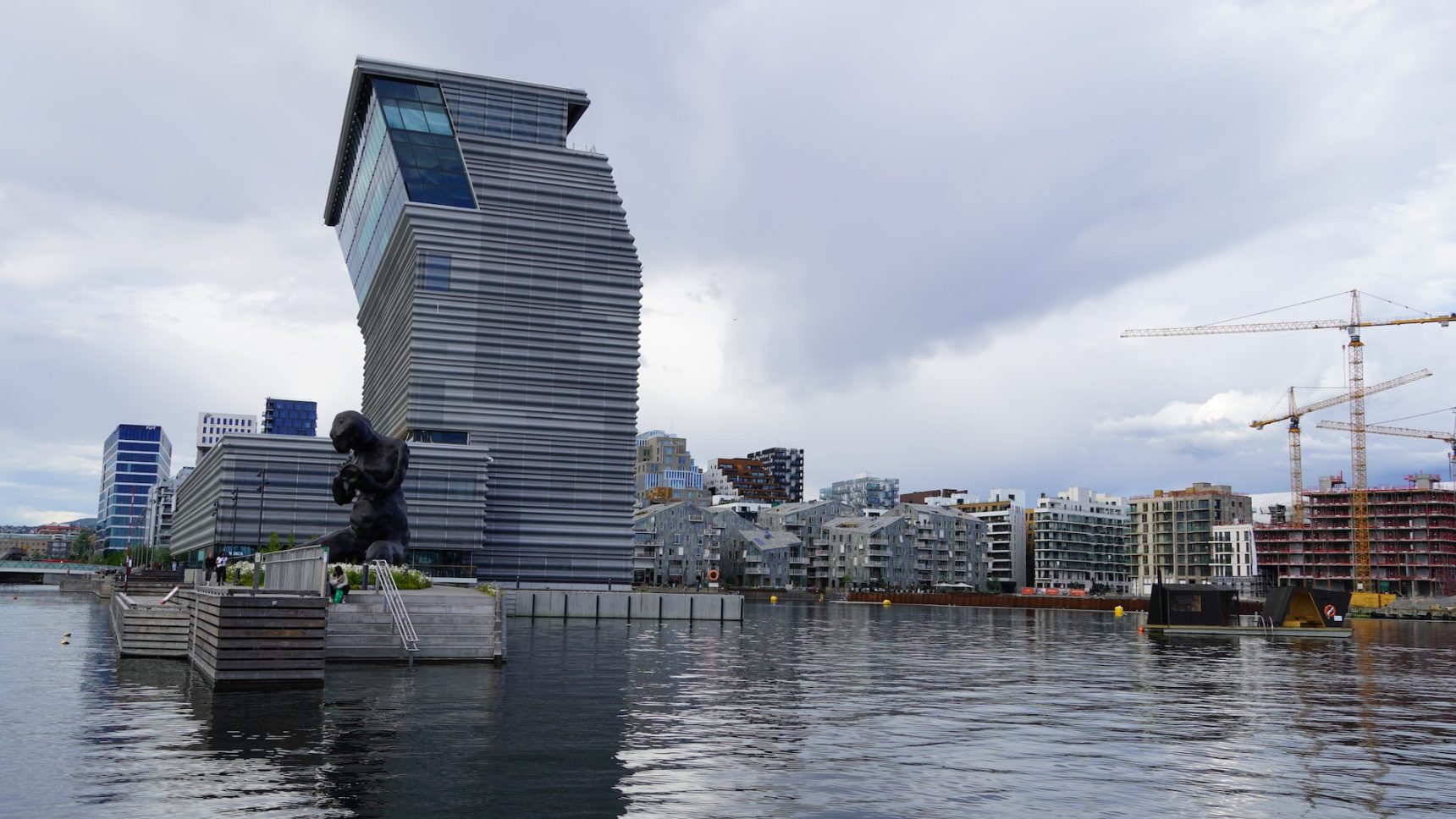 Oslo’s new Munch museum is finally welcoming visitors in a spectacular waterfront location. On Friday, October 22nd, the Munch Museum took up residence in its new home located on the fjord, inside a spacious and modern building. More than 26,000 works by Edvard Munch (1863-1944), including universally known gems like The Scream, are on display.

“This may be the largest museum dedicated to a single artist,” said the museum director Stein Olav Henrichsen. With its 13 floors and 26,313 square meters, the new building, called Lambda, offers five times more exhibition space than in the previous building, which was located in the district of Tøyen.

Edvard Munch (1863-1944), a hardened bachelor with no children, bequeathed his work to the municipality of Oslo. The State, which had been the original recipient of the bequest, had fallen under the thumb of Nazi Germany which saw in this pioneer of expressionism a representative of “degenerate art”.

Just behind the Oslo opera house, the new museum was designed by the Spanish architectural firm Herreros and is meant to remedy a historical injustice by giving the artist the setting that his work deserves. Some 500,000 people are expected – and more than a million are hoped for – to come and contemplate the 200 or so works on permanent display in the 4,500 m² space.

The Scream is an emblematic motif of which the museum owns several copies (a painting, a drawing, six lithographs and multiple sketches), and other major works such as Vampire, The Madonna or The Sick Child. And also countless little-known pieces, sculptures, photographs, a film and monumental paintings (The Sun, The Searchers) that had to be hoisted through a special slot during construction, which was later resealed.

Edvard Munch wanted to have a museum. He referred to his works as his children, and he wanted them all to be in one collection. I think he would be very happy to see what we did

The building is not unanimously approved, however. Its slanted top makes people cringe, and the bright glass windows promised on the drawing boards are now hidden by aluminum rails. “The hall looks like an airport, a warehouse, a hotel or a commercial building,” the art historian Tommy Sørbø told AFP. “Absolutely nothing in the choice of colors and materials announces that the place houses one of the world’s greatest artists.”

The museum’s management have stood their ground. They have assured that the building had to provoke, just as Munch’s work did in its time. “The building suits the collection very well because it’s a monumental building, it’s a brutal building, located in the heart of the city and it forces you to think,” says Stein Olav Henrichsen.

Over the years, Munch’s work has been the object of multiple thefts and burglaries in Norway. In one of the most spectacular robberies, the Scream and The Madonna were taken from the former Munch Museum in 2004. The two masterpieces were eventually recovered. “This is probably the most secure building in Norway. I can proclaim it publicly: there will be no theft here,” said Stein Olav Henrichsen.