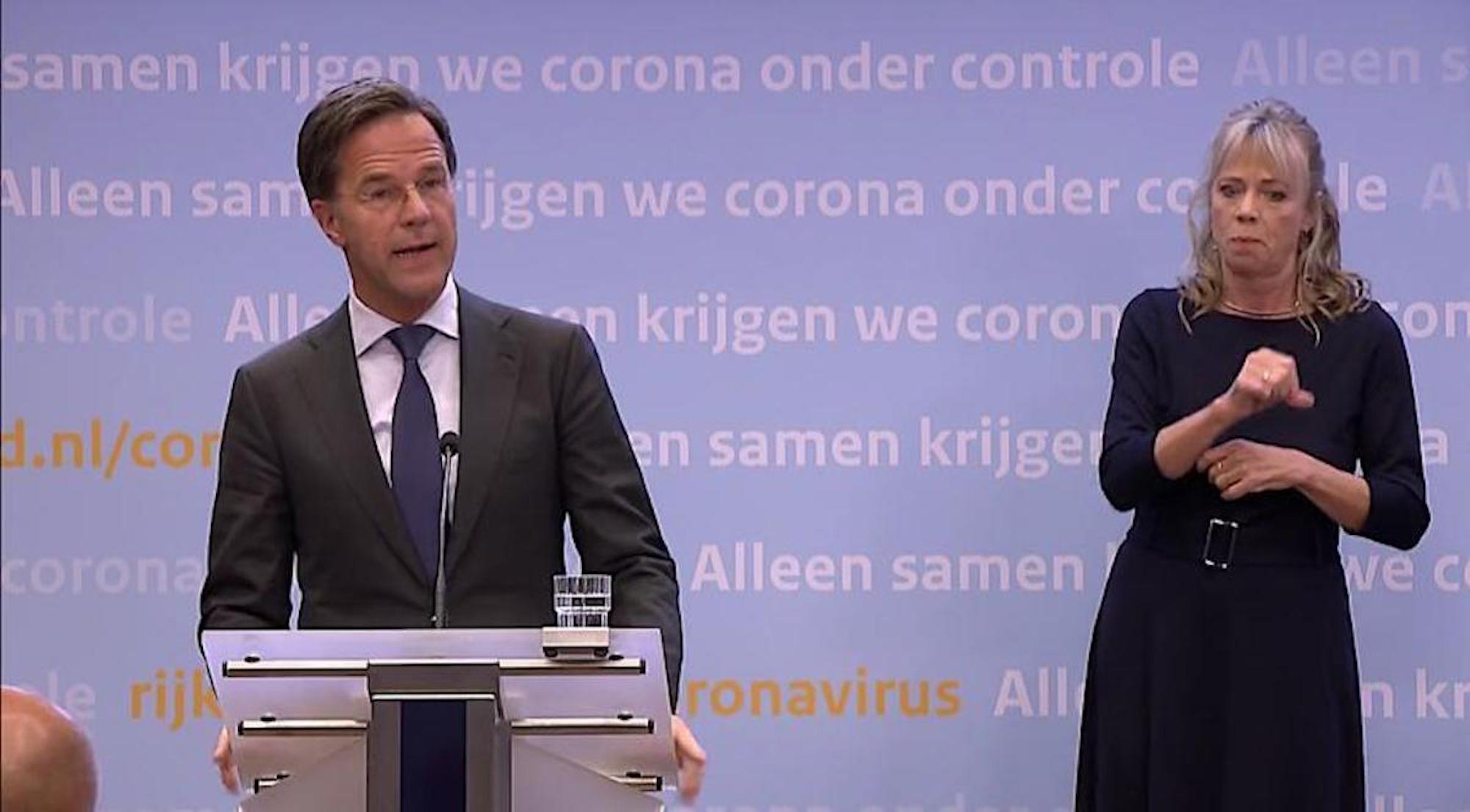 Dutch Prime Minister Mark Rutte has announced the Netherlands will go into a partial lockdown from 10:00 PM Wednesday (tonight) in order to combat the spread of Covid-19, which has recently been increasingly dramatically in the country. These new measures will apply for four weeks, with a review after two weeks.

The partial lockdown will involve the following new measure:

Rutte also called on the population not to travel to orange or red areas. Whilst Belgium has been categorised as orange for the Netherlands since Tuesday, the Netherlands is almost entirely red for Belgian travellers, meaning travel there is strongly discouraged and those who do must enter quarantine and take a Covid-19 test upon their return to Belgium. The only exception is that Zeeland, a province which borders Belgium and the Netherlands, is listed as an orange zone although authorities recommend increased vigilance.

3. What does this mean for Belgium?

The new measures to be enforce countrywide in the Netherlands are not so different to those already in place in some parts of Belgium. However, whilst the neighbouring Netherlands ‘locks down’, Belgium continues to discuss measures, will we see a similar partial lockdown here too?

With this in mind, although comparing situations is much more complex than just a numbers game, it is sure that increasing figures and warnings from the health sector back up the opinions from experts that the next few weeks will be extremely important in shaping Belgium’s future. Whether we follow in the Netherlands’ footsteps or not remains to be seen.