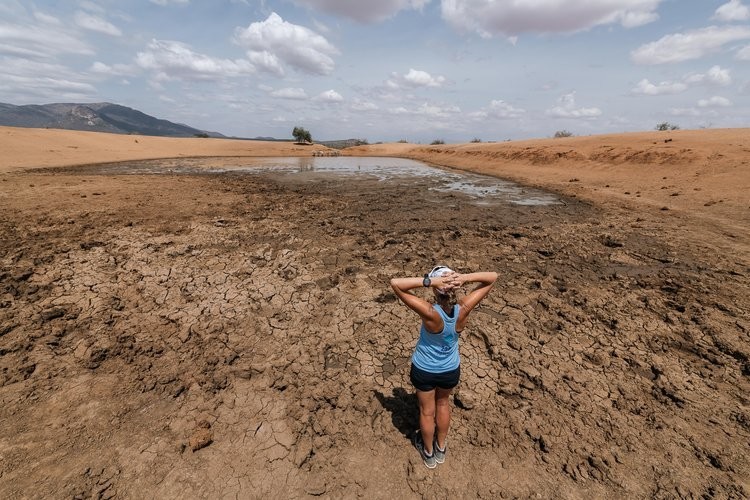 Ryanair issues warning for passengers with flights in November

Australian ultra-marathoner and environmental activist Mina Guli plans to run 200 marathons in 365 days until the start of the United Nations Water Conference in March 2023. As of September 2022, she has passed the halfway mark, running 100 marathons in Australia, Central Asia and Africa since May 2022, and moving onto Europe.

Guli is CEO of the Thirst Foundation, a non-profit organization driving action on water, and a former World Economic Forum Young Global Leader. She will be running in some of the world’s most water-stressed locations, before completing her final marathon in New York city. Often a scarce resource, water can be easily destructive during heavy floods. Humanity is already living beyond its means when it comes to water, and it is not doing enough to protect it either.

I was that kid in the corner that no one ever picked for their sports team. I couldn’t run, I couldn’t swim and I was horrible at bike riding.

Seventeen countries, home to a quarter of the world’s population, face ‘extremely high’ levels of baseline water stress, where agriculture, industries and municipal services withdraw more than 80% of their water supply each year, the World Resources Institute estimates. A further 44 countries, home to a third of the world, face ‘high’ stress levels, withdrawing more than 40% of their water, the World Economic Forum reports.

With demand so close to supply levels, these countries are vulnerable to fluctuations in water levels through drought or increased water use. Climate change is making water scarcity worse, causing more frequent droughts and making water supplies less predictable.

Guli has form running marathons to draw the world’s attention to the water plight. In 2016 she ran 40 marathons across seven deserts in seven continents over seven weeks. Run Blue aims to inspire companies to take action on water in the lead up to the UN Water Conference.

Companies currently account for nearly 90% of the world’s fresh water use, which means companies can become the biggest problem solvers for water.

There are currently some 2.2 billion people without access to safe drinking water in the world, and nearly two-thirds of the world’s total population face severe water shortages for at least one month each year. The amount of usable freshwater is decreasing, but demand is increasing due to a growing population, wasteful behaviors and climate change.

The campaign aims to raise awareness and highlight that the water crisis can be solved by working together. She wants 200 companies – one for each of her marathons – to assess their water risk, understand where they need to improve and implement a plan to improve their water use. Two-thirds of companies currently face substantial water risk, either through their direct operations or their supply chain.

Guli started in Australia on World Water Day, March 22, 2022. She will run until the United Nations Water Decade Conference in New York City in March 2023. Guli wants to mobilize people and businesses around the world and raise awareness about the critical role of water in all aspects of our lives. She wants to show how we can take action to solve the crisis.

The water crisis in numbers: