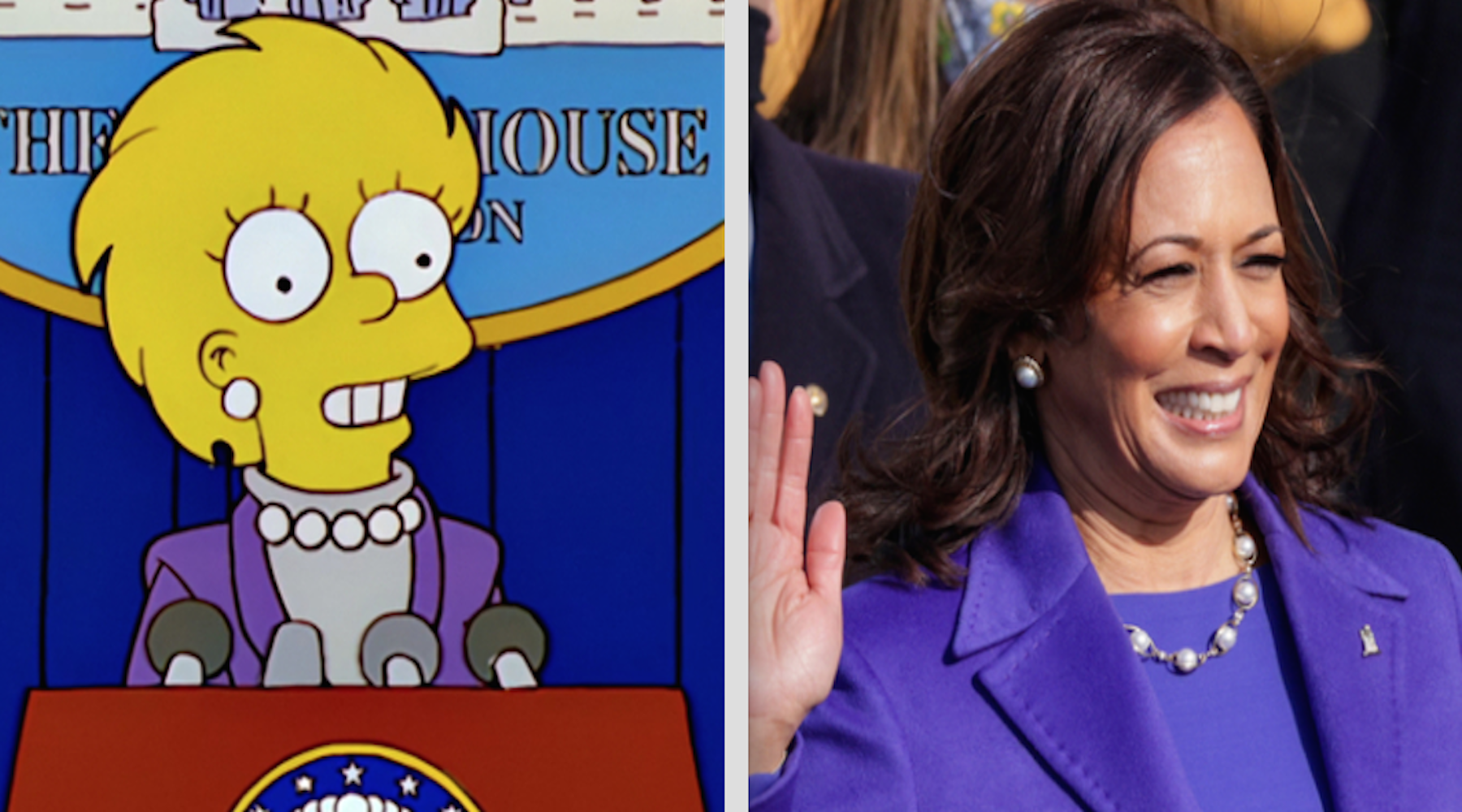 Maybe the Simpsons had foreseen the inauguration of Kamala Harris?

Shakira launches contest on social media: Winners will be able to meet her in Spain

Much has already been said about the clothes worn by the new US Vice President at the inauguration ceremony last January 20th in Washington. The purple outfit Kamala Harris wore did not go unnoticed by anyone, as it has an important associated symbolism. But now, the same outfit has become the reason for new discussion on social networks, and it seems to be Lisa Simpson’s fault.

All of this because on an episode of The Simpsons, broadcast in 2000, Lisa appears taking office on the capitol stairs with a very similar outfit to what was used by the American Vice President on the 20th of January, Inauguration Day. In “Bart to the future”, as the episode is called, Lisa appears with a purple suit, a pearl necklace and pearl earrings. Very similar to what Kamala Harris wore.

But the similarities don’t end there. On that episode, Trump’s legacy is remembered with regret, and in her speech – Lisa is the new president of the USA in this chapter of history – there is a phrase that is being spread across all social networks: “As you all know, we inherited a serious budgetary problem from President Trump”. Could there be more parallels with what happened on the 20th of January 2021 in Washington D.C.?

This is not the first time “The Simpsons” have been caught up in anticipating reality throughout the 32 seasons of the series that became famous for its bizarre and accurate predictions, including the election of Donald Trump and the attacks on the Twin Towers on September 11, 2001.