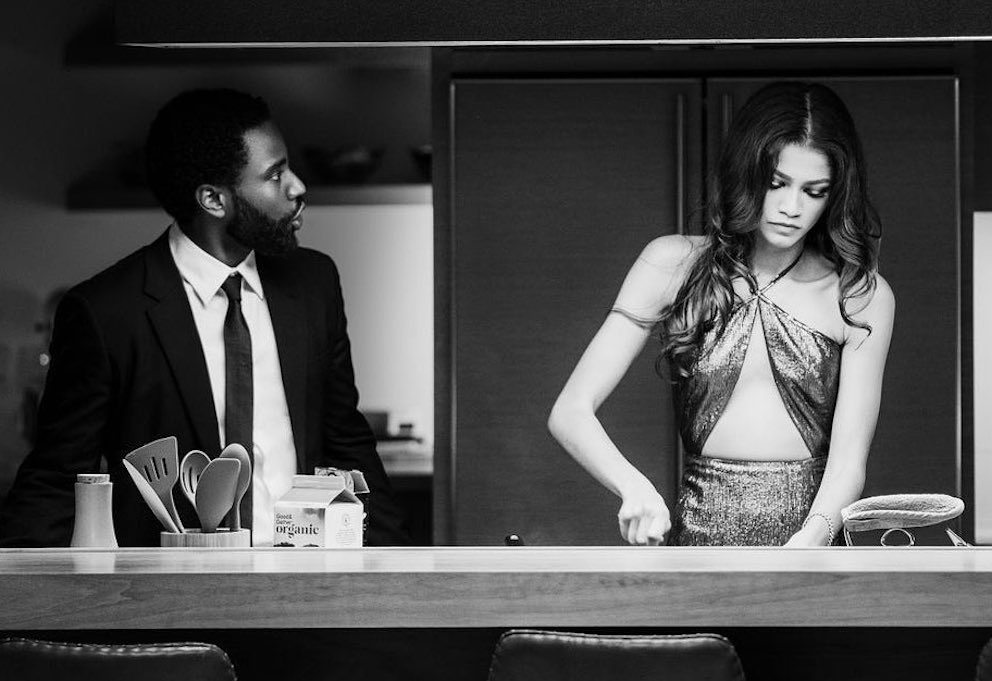 Braga is the Best European Destination to visit in 2021

The pandemic has hugely effected cinema and TV productions, with many projects postponed for long periods of time and others cancelled completely. However, it also served and a creative challenge for some, and on the 5th of February 2020, black-and-white film Malcolm & Marie, one of the first films to be created during the Covid-19 pandemic, streamed on Netflix. Thought up by Director Sam Levinson and written, shot and sold to Netflix between April and September 2020, the team behind the film adapted to the restrictions in place throughout its creation, producing an unusual and interesting piece of work, not without its challenges.

When Covid-19 meant the filming of Season 2 of HBO teen drama Euphoria was placed on indefinite hold one day before the show’s starting day, star of the show and Emmy winner Zendaya, found herself with a lot of spare time. In the time after, amongst regular calls to the show’s creator Sam Levinson, she suggested to him that they make another project together, something written by him, acted by her and filmed by cinematographer Marcell. Levinson started writing straight away, and come June 2020, a crew of 22 people, including actors and producers John David Washington and Zendaya, started filming Malcolm & Marie in Carmel, California, as the pandemic continued around them.

In a virtual press conference with Malcolm & Marie’s team, Levinson, who wrote, directed and produced the film, describes how, ‘We had to essentially reverse engineer into a story, we knew the limitation that COVID was putting on us’, continuing ‘We didn’t want any location moves. We couldn’t have a large crew. We had to shoot in Monterey because it was one of the only places where we didn’t need a permit. Backing into it, I knew it had to be just two actors, one location.’

And so the plot was born: a couple returning home one night after having attended a film premiere. The two characters: Malcolm, a filmmaker whose movie premiered to positive reviews, and Marie, his partner. The entire film takes place over just one night, when something that happens during the premiere triggers a series of conversations and disagreements between the couple. Levinson said that, ‘Once I had the initial idea, I just started writing it without any kind of worry about act structure. It was just sort of this Socratic dialogue between these two characters’. He described how, ‘I’d just try to dig each character into a hole that I felt they couldn’t get out of. And then the next day I sort of pick it up and try to figure it out.’

Zendaya plays the character of Marie, a role which she learned partially by listening to Levinson himself read the script down the phone, a trick he likes to use to help his actors become his characters. Zendaya and Levinson still needed to find an actor to play Malcolm, however, and in such unusual circumstances this wasn’t simple. Levinson had been listening to John David Washington’s voice in his head while writing the script, so decided to approach the actor, who starred in Tenet and BlacKkKlansman, knowing it would also be difficult as he would have to ask Washington for money as they were all financing the film themselves. After Levinson called Washington, walked him through the COVID protocols they’d have to follow during production and read the 15 pages of the script he had written at that point, Washington agreed to play Malcolm’s character.

Malcolm & Marie takes place in Caterpillar House, an open-plan mid-century-style house in Carmel, California. The production team stayed in a ranch nearby during and before production, arriving a few days before shooting to bubble and quarantine, and each with their own room. They remained socially distanced, couldn’t leave the property and wore face shields and masks, as well as having regular tests by a local doctor and nurse. Two local chefs also prepared all food on set.

In this somewhat unusual production process, the team used the quarantine to workshop and finish the script, which still needed a last act. Zendaya described how, ‘We all met up in a big old conference room and combed through the dialogue that was already there. We took our time, we had 10-12 days. Every day it was hours of just conversations, discussions about life, love and relationships’. After this, Levinson wrote the third and final act.

Malcolm & Marie was filmed entirely at night and chronologically, from beginning to end, enabling the actors to evolve emotionally with their characters, and meaning Levinson could use a method he also uses on the Euphoria set, which involves rewriting the scenes as they move along. ‘As an actor, it was kind of cool because we don’t know where it’s going to go as we’re developing the character’, Washington said when talking about what it meant for him to be on the set of Malcolm & Marie. ‘It was also a huge amount of anxiety because I was trying to find out a way into Malcolm. I had to really strip away what I was comfortable with, strip away with traditional ways of approaching a character.’

The film was shot on 35mm and black-and-white film, which Levinson explained was for both pragmatic and artistic reasons. ‘From a purely economical standpoint, it allowed us to not have to think about production design as much. It also allowed us to focus in on the actors and the performance and strip away the distractions’ he explained. However it was also because he wanted to pay homage to the Golden Age of Hollywood, and part of the theme in Malcolm & Marie is indeed moviemaking. ‘Malcolm is the kind of filmmaker that I want to see his work’ Levinson said, talking about the lack of black-and-white movies from the classical era with Black performers. ‘It felt like a way to reclaim that narrative from the Golden Age of Hollywood and make it what we’re trying to move towards.’