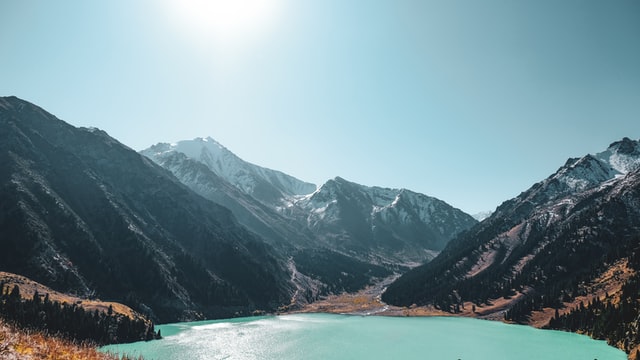 Kazakhstan is welcoming international and local tourists. In the first four months of 2022 alone, the industry attracted 75.6 billion tenge (US$173.7 million), whereas the target for 2022 is 1 trillion tenge (US$2.3 billion). In an interview with the Astana Times, Talgat Amanbayev, Chair of Kazakh Tourism national company tasked with promotion and improvement of tourism potential, talked about the outlook for the Kazakh tourism industry.

Amanbayev noted that in the first year of the pandemic, the country lost 70 percent of inbound traffic and 40 percent of domestic flows. According to various estimates, the calculated loss was around 300 billion tenge (US$685.9 million). Last year a record figure for domestic tourism was seen with almost 7 million traveling around the country.

Tourism is the field of the economy that was hit hardest but it is one of the fastest recovering ones.

Hotels and accommodations last year earned 109 billion tenge (US$249.2 million), a number very close to the pre-pandemic period. Domestic tourism already reached the pre-pandemic levels, but also broke the highest ever record. Domestic tourism flows have always been in high demand, especially in the summer. The Burabai and Alakol lakes, the Caspian Sea, Bayanauyl, Kapshagai, Bukhtarma and in recent years Imantau Shalkar have great potential and they are often found on wish lists to travel in summer.

The pandemic boosted the development of ecotourism. “Last year, we had a record 1.5 million visits to national parks, before, the record was around 900,000. So it’s almost 50 percent more than the previous record,” said Amanbayev. “We see a lot of Kazakh citizens traveling to national parks and doing ecotourism. Caravanning and agritourism are also developing.”

In February, Kazakhstan resumed its visa-free regime with 74 countries. The idea is to increase the list to 100 countries. The visa-free regime restoration, and removal of the mask regime is making Kazakhstan a more attractive and much safer destination to travel to. “A lot of people who were planning to visit Russia, Ukraine, or Belarus this year, are now rethinking and choosing Kazakhstan over these destinations to travel to,” said Amanbayev. “It is a side effect, which works positively for the development of tourism in Kazakhstan.”

Kazakh Tourism was created specifically to promote domestic tourism and inbound tourism. There’s been a lot of work done with local travel bloggers and foreign influencers, and we encourage them to travel around the country. “One of the examples is figure skater Kseniya Pankratova skiing on a lake during the winter. Such videos are becoming very popular, people are sharing them.”

Covid brought a lot of trouble but also created a lot of opportunities for new types of businesses and for old businesses to reshape.

In terms of infrastructure, in the past two years hundreds of kilometers of roads have been built around the popular tourist places in West Kazakhstan or Mangistau regions. The same is happening in the Almaty region and the Turkistan Region. A lot of the airports have also been reconstructed.

Some investors are putting their money into ecotourism, building glamping, and accommodations, with different types of activities. Adventure tourism is expanding and event-based tourism is getting back on track with people redefining the events from major big events to smaller ones.

Community-based tourism has also seen important development in the country. One clear example is Sati village in the Almaty Region, near the beautiful Lake Kolsai. In the beginning there were just a few households hosting tourists for the summer, but because of the pandemic a lot of people went out to Sati. “Instead of 30 households, now it is 180 households renting their houses. They are the ones who are the most interested in keeping the environment clean. Locals are now protecting their area, putting up signs, teaching their kids not to throw garbage, and punishing those who litter around.”