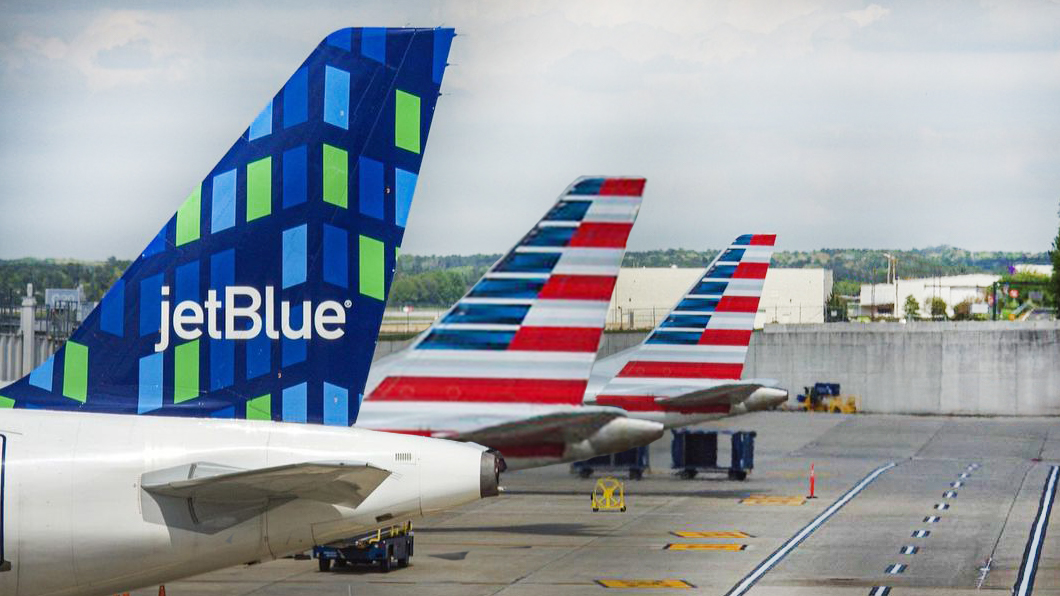 On 11th August US airline JetBlue launched a new low-cost trans-Atlantic flight between New York and London, one of the most lucrative routes in the world generating about €9.8 billion ($11 billion) a year in revenue. However there are certain challenges to be faced. While some believe low-cost flights across the Atlantic could lead the aviation industry in its rebound following the impact of the Covid-19 pandemic, others highlight that many travel restrictions are still in place, and fear the airline could follow other carriers which have met with failure after offering low-cost trans-Atlantic flights.

New York/London is the busiest city pairing in the world and competition was already strong pre-pandemic. At the moment market share on the route is led by Virgin Atlantic and British Airways, with 38% and 30% respectively, however JetBlue, one of the biggest airlines in the US, hopes to cash in on this and bring something new to the table. According to the company’s Chief Executive Robin Hayes, JetBlue is nothing like rival carriers, which in the past promised to run the trans-Atlantic route with low fares but ended up folding. Unlike these, JetBlue offers both business and economy classes, with 24 seats in business class, or Mint. Some believe this difference will enable the airline to compete more equally with carriers already running the route. Hayes also stated that the JetBlue prices are far below what rivals charged for business class, starting at less than €1,700 ($2,000) for a round trip from the US. JetBlue uses a single-aisle, narrow-body plane, the Airbus A321LR, and Forbes reported that the inaugural flight sold out.

Tonight’s the night! We’re taking off on our first flight from NYC to London—and you can take a mini-tour of our new Airbus A321LR right now. More at https://t.co/ynjwsfTDLD. pic.twitter.com/h6dBY9VSG6

2. Past low-cost airlines who tried the route

JetBlue is not the first low-cost airline to offer the trans-atlantic route, however these saw little success. Although popular, the services were not profitable and didn’t continue for long. Low-cost carrier Primera ceased operations on 1st in October 2018, followed by Wow in March 2019, and Norwegian Air, which started carrying more than 2 million people from New York to Europe in 2019, went bankrupt a year later. The airlines struggled as they couldn’t make up for cheap fares with faster aircraft turn-arounds and flying more frequently than their legacy airline rivals, whilst fuel, which is where ultra low-cost carriers have no price advantage, is a larger portion of the costs on long-haul flights than short-haul. Economically speaking, long-haul flights of over seven hours are different to short-haul, and so legacy carriers are in a position to better manage volatile fuel costs. This has therefore led airlines in the past to be overall unsuccessful.

Budget airlines Ryanair and Hungarian Wizz Air Holdings have both said they are not planning a low-cost, long-haul strategy, however there are several others who are. In addition to JetBlue, Eurowings Discover of the Lufthansa Group will take over their long-haul tourist program, and International Airline Group (IAG) owner of British Airways, Iberia and Aer Lingus have created the Level discount trans-Atlantic brand. American Airlines is also adding new trans-Atlantic services to Croatia, Greece, Iceland and Italy and increasing flights to Spain, and Portugal. Low-cost leisure airline French Bee returned to the US on 15th July with a new route between Newark and Paris, as well as La Compagnie, another French airline, which resumed flying between the two countries with its first flight between Newark and Paris on 12th June. Norse Atlantic has also said the company’s 15 aircraft will launch commercial operations on trans-Atlantic routes in December. Regarding fuel economics, JetBlue insists that its A321LR planes are fuel-efficient, with a range of 6,440 kilometres (4,000 miles), and that they burn up to 20% less fuel than previous models. Additionally, The Guardian newspaper reported that the pandemic helped JetBlue to attain space at London’s Heathrow Airport thanks to trading of the crucial landing slots being suspended while so many flights were grounded. The company therefore seems to have a few advantages, and it remains to be seen as to whether these influence its success.