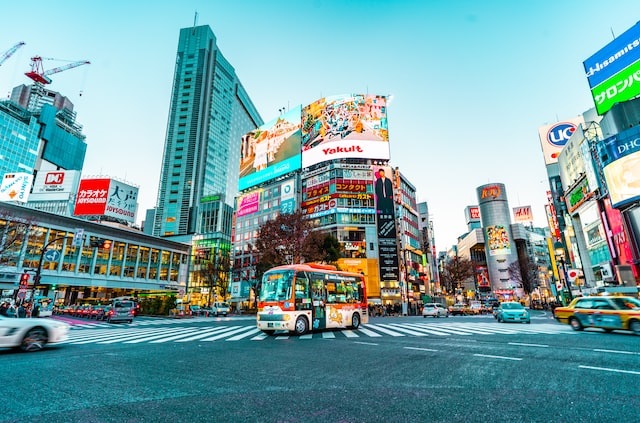 The Japanese government has announced that it must strike a balance between opening up to foreign travelers and maintaining control of the pandemic in a bid to revive the world’s third-largest economy, which has been hit hard by the absence of tourists.

Chief Cabinet Secretary Hirokazu Matsuno told a press conference that the government will study how to ease Covid-19 restrictions in Japan, while “maintaining a balance between preventing the spread of infection and (promoting) social and economic activities.” The decision will be based on Covid-19 infection numbers in September and October.

The country’s strict border controls have been gradually eased but have been in place for more than two years. Just recently, the daily entry cap was raised to 50,000 from 20,000 and inbound tourists were allowed to travel on tours without a guide.

The entry cap had been raised in stages since March to reach 20,000 in June, though all foreign tourists to Japan are still required to obtain visas and asked to wear face masks during their trip.

We will review restrictions altogether. We have to carry it out in the not-so-distant future.

Prime Minister Fumio Kishida could make a decision on the easing in the coming days. The decision would also allow individual travelers to visit Japan without having to book with a travel agency. Before the pandemic, Japan did not require tourist visas for 68 countries and regions. The government may remove the daily limit on arrivals by October, the ‘Nikkei’ newspaper reported Sunday.

In May of this year, authorities in Japan started a pilot test to “analyze the safety” of destinations, allowing the entry of tourists from the United States, Australia, Thailand and Singapore, according to the announcement of the Ministry of Land, Infrastructure, Transport and Tourism. Travelers had to have the full vaccination schedule and the booster dose, and were only allowed to visit delimited areas, where contagions are not high.

The government explained that small groups from these four countries will be allowed access in organized trips and under the strict supervision of the Japanese authorities. The intention was to evaluate the effectiveness of the sanitary measures and to develop new recommendations for a future return of tourists from all over the world.

Japanese Minister of Land, Infrastructure, Transport and Tourism stressed the “extreme importance” of international tourism for the Japanese economy “and for the revitalization of regional economies”.

According to Japanese news outlet Nikkei, just 245,900 foreign visitors arrived in Japan in 2021, the lowest figure since comparable data became available in 1964. The low numbers had a serious impact on the country’s travel industry.