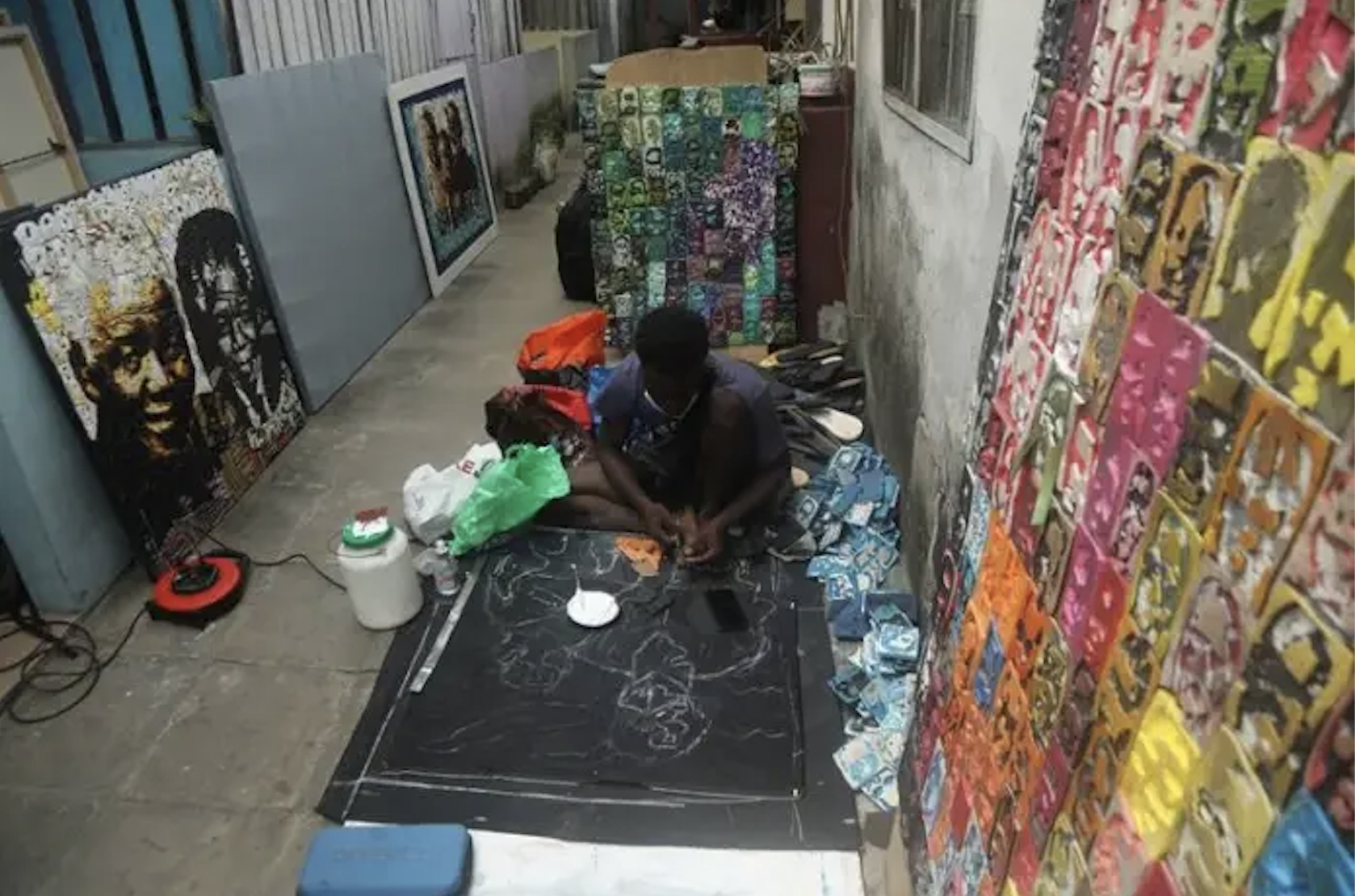 Wanna fly to the Faroe Islands? No thanks, I’ll take the Ferry

Aristide Kouame is a resourceful artist. In his native Ivory Coast, he walks along the beach with a large trash bag full of flip-flops and other discarded footwear.

Kouame, who is 26, turns flip-flops into works of art that cost up to 850 euros. He cuts the rubber and plastic soles into the pieces for large-scale collages.

This is the trash that people have thrown into the sea and that the sea brings back to us, because it doesn’t want it

According to Reuters, Kouame carves shapes, letters and faces on the rubber soles he brought from the beach. With the colorful scraps that are left over, he makes his own paints. The technique he uses is both cheap and ecologically sustainable.

Waste plastic and other materials, including large quantities of lost or thrown away flip-flops, litter most urban beaches in West Africa. Garbage discarded in city canals is washed out to sea and then washed back to shore when the tides change.

I make art with used shoes. It’s a way to give life to objects that pollute the beaches

About 13 million tons of plastic waste is dumped into the world’s oceans every year, according to the United Nations. Two of Africa’s major polluters, Ghana and Nigeria, share the same Atlantic coastline as the beach where Kouame will collect the raw materials for his work.

In just a few years, Kouame’s original methods have caught the attention of the art scene in Ivory Coast. Some of his works have begun to be exhibited in galleries in the country and abroad. His signature works range from large portraits of politicians and leaders of civil rights movements, such as Nelson Mandela, to abstract works that evoke societal problems, including climate change, Covid-19 and the unequal distribution of wealth.