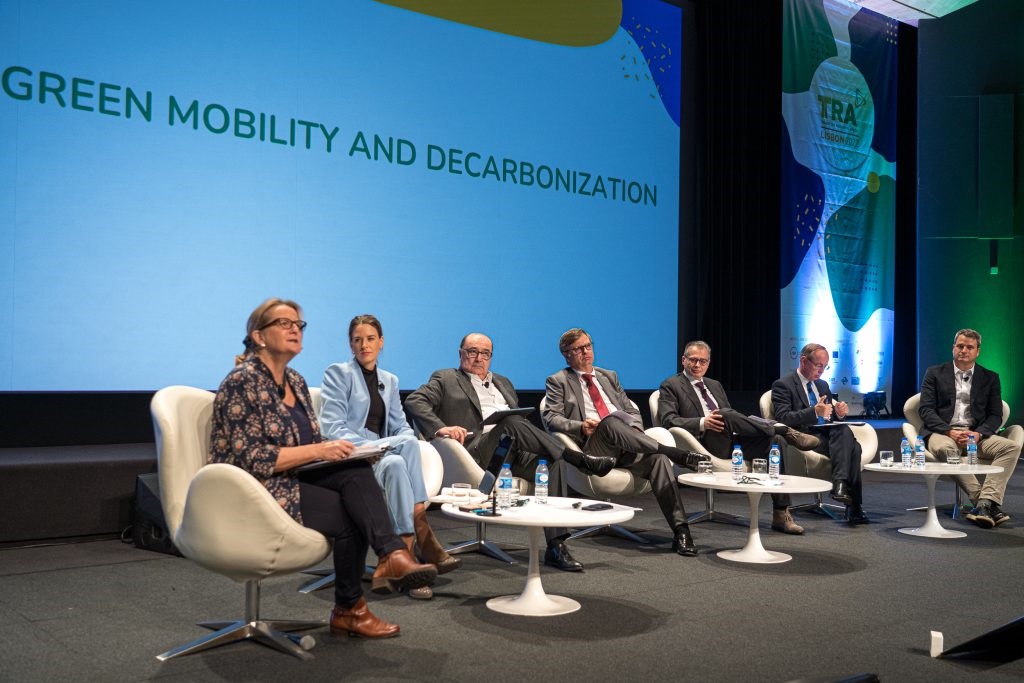 Is green growth an oxymoron?

In 2021, transport accounted for 37% of the total CO2 emissions produced by end‐use sectors, amounting to nearly 7.7 Giga tonnes, according to the International Energy Agency. In line with the European Green Deal, the continent plans to reach net zero by 2050 and while each transport mode – aviation, rail, road, waterborne, is doing its best to decarbonise, is carbon neutrality really achievable considering demand is also constantly growing?

The main question on the second day of the Transport Research Arena 2022, taking place in Lisbon after the last edition was cancelled due to Covid restrictions, is about how the transport sector can ensure a green transition in the face of increasing demand: Is green growth an oxymoron?

The answer is not simple and representatives from different industries offered different perspectives, the common opinion however being that along with technological advancements, the world also needs an overall reduction in mobility. Airplane engines now consume 40% less fuel than in the ’80s, informed Luca Bedon, Head of R&T at AvioAero, during the plenary session, yet demand surpasses efficiency.

The mindset of Baby boomers is to have 2 cars in the garage and maybe another one for the weekend. This needs to change.

Francisco José Cardoso dos Reis, Senior Advisor to the Board of Directors at Infraestruturas de Portugal

“I’m sure we need to reduce mobility and for that we need to change our behaviour and reorganize our way of life, it’s a huge cultural change. If you look in the cars on the streets there’s just one or two people. We don’t need a car for that, we can use a bicycle. The mindset of Baby boomers is to have two cars in the garage and maybe another one for the weekend”, Francisco José Cardoso dos Reis pointed to the unsustainable habits that need to change for transport and mobility to successfully decarbonise.

Changing behaviours was discussed more in depth during the opening ceremony, on the first day, detailing how responsibility is split between individuals, on the one hand, and policy makers, on the other, who need to provide growth frameworks.

There is no doubt we need to reduce traffic in certain urban areas. Even if I am from BMW, often it makes no sense to put one person in one full size car to move for 2km. There are better solutions out there and we are working on that. I can commit there will be additional offers from BMW to support this.

Challenged by a member of the audience to use part of BMW’s advertising budget on promoting traffic reduction instead of cars, the group’s vice-president, Peter Lehnert, happily accepted the challenge, admitting that, in contrast with their role of car manufacturers, people need alternatives and traffic, regardless of whether it is coming from fossil fuel or electric cars, needs to be reduced.

The transition has already started with cities redesigning traffic management and increasingly offering low-cost public transport subscriptions. Although cities occupy just 4% of Europe’s area, they account for 75% of the population, which is why the 100 cities that have committed to become carbon neutral by 2030 represent an important milestone, said Patrick Child, Deputy Director-General DG Environment.