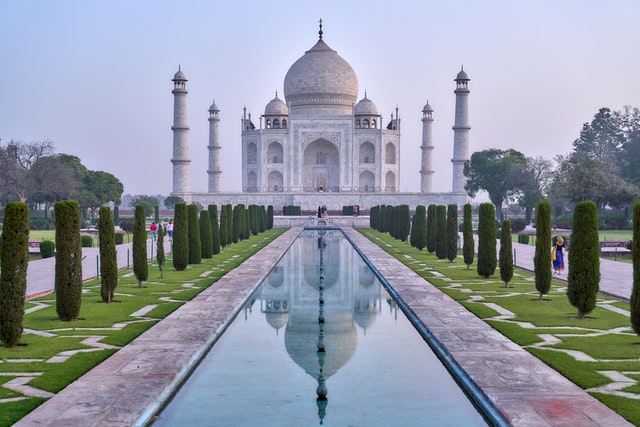 What is Ramadan and why is it important for Muslims?

Last March 27, India officially lifted the restriction on international itinerary flights that had been in place since March 19th, 2020. Airlines in the region had been forced to operate under “travel bubbles” which were agreed with select countries and restricted the number of daily flights and the number of operators.

Hailing the resumption of normal international passenger services, Shri Rajeev Mehra, President of Indian Association of Tour Operators said that this would definitely increase tourist traffic to India and from September 2022 onwards, which is the start of the next inbound tourism season, a substantial amount of the affected business is expected to be back.

Fares are very expensive right now. We will still have to wait a few months for the number of international flights to reach pre-pandemic levels.

The Indian government had banned passenger aircraft from entering the country on March 23rd, 2020, the day before it declared a total shutdown due to the Covid-19 pandemic, but began operating international flights with some countries on the basis of bilateral agreements in July of that year. The limited supply of flights and the authorization on November 15th of the entry of foreign tourists relieved the battered tourism sector. But the shortage of flights and the uncertainty caused by three waves of coronavirus in the country has led to an increase in ticket prices.

The much anticipated international opening on March 27th, 2022, triggered a spike in international ticket prices, mainly due to the lack of supply in operators and number of seats on the routes. All that changes today, the airlines of the region do not intend to waste time and are ready for a rapid increase in their itineraries immediately.

After two years of restrictions, airlines in India are finally free to return to the international skies, just in time for the spring-summer 2022 travel season. As international flights return to India, airlines are responding with a dramatic and sudden increase in their overseas itineraries. The load is mainly on flights to the Middle East and East Asia to meet the huge demand in the region this summer.

From the end of March, more than 3,200 new weekly frequencies will be added from India, spread across its largest carriers. IndiGo is at the top of this list with 505 weekly flights added to its schedule between March 27 and October 29. In second and third place respectively we have Air India with 360 weekly flights and its low-cost subsidiary, AI Express with 340 new weekly frequencies. At the end we have SpiceJet with 130 frequencies, Go First with 74 and Vistara with 56.

The tourism sector in India has been one of the most adversely affected sectors by the Covid-19 pandemic, impacting livelihoods of stakeholders related to the tourism industry. The Ministry of Tourism has extended financial support in the form of credit under the Credit Garuantee Scheme at concessional rates, to tour operators, travel agents and Regional level tourist guides, approved by the Ministry of Tourism.

India had been assigning a risk level to countries with which it had air bubble agreements until last February, with varying restrictions, but these preventive measures were updated in February after the quarantine requirement was removed. Travelers are still required to have a full vaccination schedule or a negative PCR test within the last 72 hours before boarding the plane, according to regulations published by the Ministry of Health last February.

After leaving behind the spike in infections caused by the omicron variant of Covid with more than 300,000 cases in January, India reported just 1,421 new infections in the last 24 hours, while claiming to have already administered more than 1.83 billion doses of the vaccine.